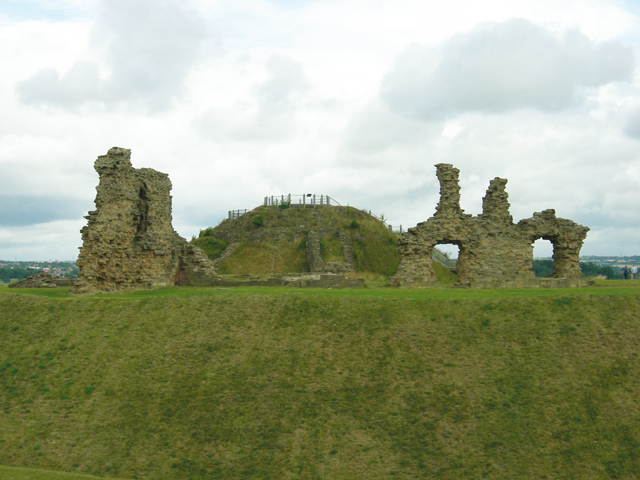 Grimsby’s War of the Roses

Helen Cox explains how Lincolnshire was drawn into this royal feud. Five hundred and fifty years ago, Lincolnshire received a call to arms: the Wars of the Roses had flared up again, and all counties were being dragged into the quarrel.
The Houses of Lancaster and York, two branches of the same royal family, were fighting for the crown – or to control the man wearing it, Henry VI. Henry’s inadequate rule had left England bankrupt and lawless, and put him at odds with his powerful cousin, Richard of York.

The Duke of York was a prince with an equally strong claim to the throne; and in 1460, frustrated by the decades of misrule, he decided to press it. His allies defeated royal forces at Northampton, took King Henry into ‘protective custody’ – and persuaded him to bypass his son Edward, Prince of Wales, and name York as his successor. But this so-called ‘Act of Accord’ prompted an immediate rebellion by Lancastrian loyalists, spearheaded by Henry’s redoubtable Queen, Margaret of Anjou. She was determined to regain control of her hapless husband and restore Prince Edward’s inheritance – ideally by destroying the House of York in battle.

The resulting campaign in winter 1460 – 61 would change the course of history. Though the actual fighting took place elsewhere, Lincolnshire was drawn into the royal feud’s wide network of allegiance, with local gentry and noblemen forced to choose sides. For instance, Sir Thomas Burgh, lord of the manor of Gainsborough, and Sir Richard Hastings of Wi0lloughby, were allies of York (who himself held the town of Grantham). Those who upheld the Lancastrian cause included the King’s Squire and Commissioner of Array for the county, William Tailboys of Kyme, and the prominent burgess, Sir William Grymesby.

Sir William was named for his ancestral home town – which had a foot in both camps thanks to connections with one powerful family, the Nevilles. Deeply involved with Humber shipping, the Nevilles held the earldom of Westmorland, which had interests in the Grimsby area. Richard of York’s wife, Cecily Neville, was the daughter of the first earl and his second wife, Joan Beaufort (King Henry’s great-aunt). Within this tangled web of blood-relatives and in-laws, some Nevilles including Richard, Earl of Cambridge (York’s brother-in-law), renounced Henry VI in favour of York, while others stayed true to their Lancastrian roots and sought his overthrow.

Whatever Grimsby townfolk may have felt about the troubles of their lords, Sir William’s loyalty was undivided. His family’s wealth (more than a hundred acres of land around Grimsby and Clee, amassed since the fourteenth century), had allowed him to rise high in the Lancastrian royal service: as treasurer of the chamber, under-treasurer of the exchequer, keeper of the king’s jewels and purveyor of victuals for the household. As such a trusted officer, when war broke out Grymesby was bound by honour, and maybe affection, to support his Queen’s cause.

Sir William missed the first blood of the campaign, when outriders of the advancing Yorkist and Lancastrian armies collided at Worksop around 21st December 1460. But he was with the Lancastrians who marched from Pontefract on the 30th to bring York to battle. Their large force deployed on the open fields between Wakefield and the Duke’s stronghold, Sandal Castle, a mile to the south. So Grymesby would have seen the confident Yorkists ride forth to meet them – only to be surrounded and crushed when John, Lord Neville, withdrew his feigned allegiance and took his troops to the Queen’s banner. Perhaps Sir William saw the desperate fighting retreat that ended with the Duke’s death, a stone’s throw from his castle gates; the fall of York’s second son Edmund, Earl of Rutland, cut down on Wakefield Bridge before he could escape through the town; or the ultimate rout of his army.

Yet Grymesby’s war did not end there. King Henry was still held by the Yorkists in London, and someone still lived to challenge his crown: the late Duke’s eldest son Edward, Earl of March, the new heir-apparent. So, bolstered by the Northumbrian and Scots reinforcements recently arrived with Queen Margaret, the Lancastrians’ first priority was to reclaim king and capital. They tasted victory en route at St Albans, where York’s ally Richard Neville, Earl of Warwick, was defeated and Henry restored to his Queen. But at London, they found the gates barred by citizens terrified of the marauding army, which had been pillaging the country in lieu of pay. So Grymesby and his comrades about-faced, following their sovereigns back to the northern capital, York, in their region of strength – leaving the path to Westminster open for Edward of March.

Bent on avenging his father and brother, Edward had defeated King Henry’s Tudor half-brothers at the Battle of Mortimer’s Cross, then rejoined forces with the Earl of Warwick and marched on London. There he was enthusiastically hailed as King Edward IV – with a crown he urgently needed to secure.

Still, Sir William must have felt quietly confident as Edward force-marched his army to Yorkshire. Lancastrian morale was high, boosted by recent victories; they had more men, and the choice of battleground: a high plateau south of York, between the villages of Saxton and Towton. But the Battle of Towton on 29th March 1461 began with a snowstorm and ended with disaster. Shooting into driving snow, their arrows falling short, the Lancastrians came off worst in the opening archery barrage; then after hours of fierce fighting, they were driven back off the plateau’s steep edge by the unexpected arrival of Yorkist reinforcements. Twenty-eight thousand men died that Palm Sunday; mostly Lancastrians, like the simple Lincolnshire yeoman Richard Fulardy – or one William Grymesby Esquire, posthumously attainted for treason by Edward IV.

Mistaken identity? Or perhaps two Williams of Grimsby – probably related – fought at Towton, because our Sir William was not killed. Contrary to reports that he died of black jaundice in the Marshalsea Prison in 1462, he in fact went to France with Queen Margaret; he may be the Grimsby described by a contemporary writer as ‘a pursuivant of great stature, noted for his travels.’ Grymesby fought again at Tewkesbury in 1471, during King’s Henry’s brief restoration; then he must have made his peace with Edward IV, because despite his record of stalwart Lancastrian service he was pardoned. His attainder was reversed in 1472, and by 1474 Sir William was back in his home town, re-elected to represent the borough.

Precisely how long Grymesby lived after that is uncertain. But if he survived until 1490, as some people think, his lifetime encompassed the death of the last Yorkist king at Bosworth in 1485… one Lincolnshire knight who may have seen a new Tudor dynasty born, and outlived the Wars of the Roses.

Author note: Helen Cox was born and raised in Cleethorpes. After a twenty-year career in museums, she moved to Wakefield in 2005. She now works as a freelance writer, lecturer and Wars of the Roses interpreter, and published her first book, The Battle of Wakefield Revisited, in 2010.

Helen’s book is available from the Lincolnshire Shop priced £12 plus p&p. Visit www.lincolnshireshop.co.uk or telephone 01522 527127.