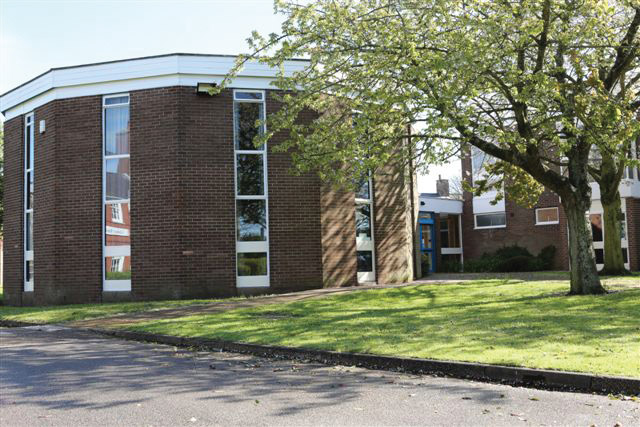 David Robinson looks back at his long association with the College in teaching and governing.
Of my fifty years’ involvement in adult education, the most pleasurable were spent on residential courses, not least at the Horncastle College. There was always, and still is, a warm, friendly atmosphere, and the College still prides itself on the quality of its food. The fellowship of mealtimes is a critical element of a successful course or conference.

The College had an unusual genesis, and is unique in the historic county of Lincolnshire. Growing up in Horncastle, I remember the children from Holmeleigh Children’s Home who were accommodated in five pairs of semi-detached houses built in 1934 and 1937 by Lindsey County Council. Their policy changed in the 1960s to fostering out children and the Horncastle homes became redundant.

I was then the WEA Tutor Organiser for East Lindsey, later University of Nottingham Department of Adult Education Residential Tutor for Mid Lincolnshire, and a member of the management committee, later governors. After retirement I was co-opted onto the board of governors and served as chairman for twelve years until 2005 when Lincolnshire County Council changed the management structure of the College. They also honoured me by naming the David Robinson Conference Hall. It was in that hall that I had taught residential courses and given many a lecture.

The setting of the College in Horncastle in central Lincolnshire was ideal for my long-running (from 1973) one-week courses, ‘Discovering Lincolnshire’. We explored, by coach, the Wolds, the Fens, the coast and, further afield, Kesteven and the Isle of Axholme. We covered both geography and history, and the range of what we studied included geology and the effects of the Ice Age, changes in the farming landscape, dramatic changes in our coastline (lost towns and reclamation of large areas of saltmarsh), nature reserves and wildlife conservation, towns and villages, and Lincolnshire worthies – particularly explorers.

It was through these courses that people learned that Lincolnshire is not all flat and how much interest, past and present, the county has to offer. As a result I built up a following of adult students who kept returning, and in this the quality and setting of the College played a large part.

Horncastle itself – its architecture, history and people from the past – was also a subject for study, particularly for weekend courses. Weekends also included the history of brick making, with the opportunity for students to create their own hand-made bricks (a dirty hands-on exercise). Through my long connection with Lincolnshire Life, writing and editing, I ran weekend courses with a colleague on ‘Getting into Print’ – how to write for a publication and how a magazine is produced. In fact some students became contributors to Lincolnshire Life when I was editor.

Over the thirty-six years of my involvement in the life of the College I have seen many changes and new developments. Other courses by visiting tutors ranged from in-service courses for teachers and youth workers, the county youth orchestra and the Royal Society for the Prevention of Accidents, to foreign languages, astronomy, flower painting, cake decorating, woodcarving and photography, to quote just a few.

With that wealth of activity it made no sense that in the 1980s the County Council proposed to close the College, and a hard-fought campaign was necessary to generate a change of mind. Since then the College has developed in other ways such as collaborating with other providers and businesses and improving conference facilities, while at the same time continuing to attract folk for study courses and workshops.

The main change from the days when I organised courses for part-time tutors and taught courses myself is the decline of the residential element, mainly due to competition and lifestyle changes. But there is still no other provider offering the opportunities for study courses and other activities that the Horncastle College does.