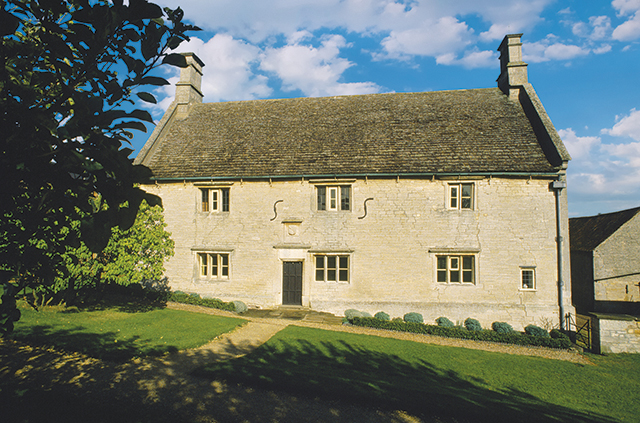 His mathematical and scientific discoveries underpin much of modern day physics and engineering, and this year heralds the 350th anniversary of some of Sir Isaac Newton’s most important works – undertaken right here in Lincolnshire.
Born at Woolsthorpe Manor in Woolsthorpe-By-Colstersworth, near Grantham, Newton (1642–1727) laid the foundations for our scientific age with his laws of motion, theory of gravity and his part in the creation of calculus.

Much of his most important work was undertaken at his family home between 1665-6 – the period known as his Year of Wonder – including the infamous incident involving an apple falling from a tree in the garden, which inspired his thoughts on gravity.
Woolsthorpe Manor, now managed by the National Trust, receives almost 50,000 visitors a year, with many making the pilgrimage from overseas to walk in the footsteps of the man himself.

The property is presented as a typical seventeenth-century yeoman’s farmhouse and gives visitors access to every aspect of Newton’s life – right down to the list of sins he compiled and his own graffiti on the walls. New areas of the house, once private, were opened up in 2003, with the old rear steps rebuilt and the old walled kitchen garden restored.

There’s also a hands-on science centre where Newton’s experiments can be further explored and the 400-year-old Flower of Kent apple tree – the gravity tree – from which an apple fell, causing him to ask the question ‘why do apples always fall straight to the ground?’ to marvel at and photograph.

To mark this year’s 350th anniversary, the National Trust is hosting its own experiment at Woolsthorpe, looking at new ways of bringing Newton and his story to life by exploring the impact his home had on his personality, his thinking and the work he did there, through a project called Illuminating Newton.

“This is a really exciting year for us,” says Woolsthorpe Manor’s operations manager Jannette Warrener.

“Not only are we really working to share the inspirational, world-changing work that Isaac Newton did here at Woolsthorpe Manor with the world, but we are doing our very own experiment to bring our story to life and to ensure our visitors get the very best visit they can have.

“Thanks to this scientific genius, we can navigate the world and travel to the stars, and all that work was done here in Lincolnshire.

“European astronaut Tim Peake named his mission to the International Space Station Principia in honour of Newton and he’s even taken some of our apple pips to space with him!

“The great thing is that visitors today can still sit and reflect under the famous apple tree that inspired Newton’s theory of gravity and walk in the very footsteps of the man himself in the manor house.

“We hope that while people are at Woolsthorpe they will find that Newton is still here – a young man scratching drawings on the walls, making sundials, darkening his room and setting up his glass prisms to split the Lincolnshire sunlight into rainbow colours.

“We want all our visitors to have moments where they feel they can almost touch him and we’d love them to tell us what they think as we try new things inspired, as Newton was, to be brave and different.”

Newton was born at Woolsthorpe on Christmas Day 1642, and after attending school in Grantham gained a place at Trinity College, Cambridge, in 1661.

When it was forced to close as a precaution against the Great Plague four years later, Newton returned to Woolsthorpe where over the following two years he privately developed his theories on calculus, the mathematical study of change; optics, the branch of physics which involves the behaviour and properties of light; and the law of gravitation.

He returned to Cambridge in 1667 and five years later was elected a Fellow of the Royal Society. In 1687 he published the first of three books, known as the Principia – a collection of his most important works carried out during the Year of Wonder, which saw him internationally recognised.

Two volumes of the first English translation by Andrew Motte, dated 1729 were recently bequeathed to his birthplace. Thanks to generous donations, the volumes have been carefully restored and are now on display alongside a third Latin edition.

Newton is also recognised for building the first practical reflecting telescope and developed a theory of colour based on the observation that a prism decomposes white light into the many colours of the spectrum.

In his later life he became president of the Royal Society – an organisation that recognises excellence in science and provides scientific advice for policy – and served the government as a warden and master of the Royal Mint.

He died aged 84, and was buried with full honours in Westminster Abbey.

For more information about Woolsthorpe Manor and Newton visit www.nationaltrust.org.uk/woolsthorpe-manor

GRAVITY FIELDS FESTIVAL
One of the biggest events marking Newton’s Year of Wonder is the third biennial science, arts and heritage festival, Gravity Fields, which takes place in Grantham from 21st–25th September.

During the week Woolsthorpe Manor will stage interactive sessions for students, inviting them to relive the plague as it happened – or as it would have happened had it reached Lincolnshire.

There will also be an anti-gravity box, some of the UK’s top science presenters and the acclaimed Ministry of Science, plus performances by aerial artists Ockham’s Razor, Cirque Bijou and British Baroque instrumental group Red Priest.

President of The Royal Society and Nobel-wining structural biologist Venki Ramakrishnan is also among several high-profile speakers taking to the stage.

For full details about events and performances visit the festival’s website www.gravityfields.co.uk