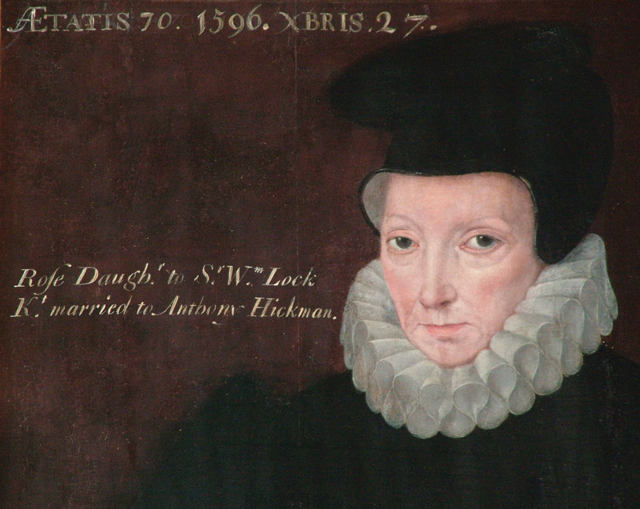 In touch with a Tudor Rose

For someone who does not really consider herself to be a writer, Sue Allan is prolific and her latest book is another step in her decade of historical and personal discovery.
Only in her fifth decade did Sue Allan find the stimulus to write and get her books published. A keen English and history student during her childhood in London and Kent, the combination of a difficult upbringing and raising four children from two marriages, stifled any notion of the career she has now carved. Sue is someone, though, who believes in rolling with life’s punches and exploring paths which can open when you least expect them. She moved to Lincolnshire in 2001 after falling in love with a cottage in Glentham in an estate agent’s window. “We had come to visit friends and were looking for a place to downsize to,” Sue explained. “We had been looking in the south but I saw this country cottage with roses around the door and I was hooked.”

Now Sue cannot imagine living anywhere else but Lincolnshire. “From the moment I moved here I have felt relaxed and welcomed. People have time to spend and I have become fascinated with the place.”

Sue’s literary awakening was certainly fate or perhaps something more spiritual. Wanting a break on her own from the house and family one afternoon, a neighbour suggested she visit Gainsborough Old Hall. Sue had never heard of it before but couldn’t believe the hall’s beauty and her attraction to it when she arrived. The pivotal moment for her was when she stood in the Upper Great Chamber and looked at the portrait of the Tudor woman she now knows to be Lady Rose Hickman.

“I looked at the picture and felt an immediate connection to it. I can’t define it exactly but I intuitively felt the need to find out who this person was and her connection to the Old Hall.”

Unable to find out much about Lady Rose at that time, Sue instead concentrated on the story that she had sheltered the Pilgrim Fathers at the Old Hall during their persecution.

Sue was so enthusiastic to share her love of the hall that she applied to be its Keeper in 2004. Although unsuccessful, it was her promise to the interview panel that: “I will write a book about Lady Rose Hickman and the Pilgrim Father connection that will attract visitors,” which spurred her on to complete and publish her first book, ‘Mayflower Maid’, within nine months, which has led Sue to research and become well known as a Pilgrim Fathers historian and especially their trail through and association with Lincolnshire.

While writing ‘Mayflower Maid’, Sue felt that she could hear Lady Rose’s voice during the night giving her dialogue and background for the story. Writing group friends identified this as Sue’s imagination in overdrive while she was trying to sleep but some of Sue’s research has unearthed connections between herself and the Lady Rose Hickman story which are hard to explain by coincidence alone.

After the success of ‘Mayflower Maid’, Sue continued to follow the fate of men and women who fled religious persecution. The second and third parts of her ‘New World Trilogy’, ‘Jamestown Woman’ and ‘Restoration Lady’ were written between 2006 and 2008. ‘Restoration Lady’ took Sue back to her birthplace in Merton which holds bitter sweet memories for her.

As a young adolescent she had found sanctuary from her troubled home life in a local church, associated now with Lord Nelson. She subsequently wrote to the incumbent vicar to say St Mary’s was in the story should it prompt any visitors. In a guide book he sent back, a passage on the Tudor history of the church mentioned William Lock, a merchant who fled London with his family to avoid the plague, who occupied a house opposite the church. William Lock was Lady Rose Hickman’s father and her mother is buried in St Mary’s after she died in childbirth when Rose was eleven. Although the floor was tiled to commemorate the death of Lord Nelson and all trace of that sole Lock family grave in the floor covered, a local historian could confirm that Lady Rose’s mother was buried and her grave marked with a brass plaque close to the organ where Sue chose to sit as a child.

Lady Rose Hickman wrote when she was eighty-four of the death of her mother, and about hiding Protestants, including John Knox, during the Reformation in a manuscript which is now kept in the British Library. Discovery of this manuscript put into context much of Sue’s earlier research and her own empathy with this intriguing character which culminated in ‘Tudor Rose’. Although termed a novel, the book is written as a first person, true-life story that spans the Tudor period into the reign of King James I. Sue now volunteers to help at the hall, when she has spare time, dressing in a costume styled on Lady Rose’s as worn in the portrait as she shows visitors around.

Sue was invited to Plymouth, Massachusetts and visited Jamestown as part of their 400th anniversary celebrations and she regularly gives talks and leads Pilgrim tours. Her book, ‘Steps along the Mayflower Trail’ is a non-fiction guide to the Pilgrim’s trail through Nottinghamshire and Lincolnshire. Recently Sue has been filmed for part of an American feature-length film called ‘Monumental’, presented by Kirk Cameron who starred in the situation comedy ‘Growing Pains’, but who is now an Evangelical Christian. His series tracing the footsteps of the Pilgrim Fathers through epitaphs and monuments will be shown on the Trinity Broadcasting Network.
Sue’s latest book, ‘Living in Hope’, interlinks stories from three generations of her own family written as a novel. Researching some of the darker threads of the tales has been both a cathartic and emotional experience. “Lincolnshire is my home now and I will never leave,” she concluded. “Writing has kept me sane and in research the right things come to you. It has been a lovely journey which I am pleased still to follow.”