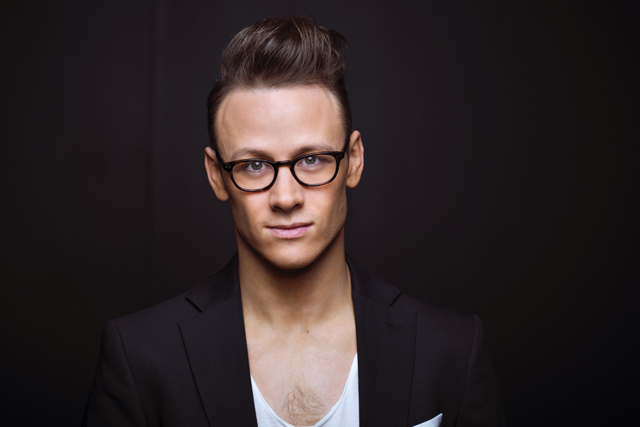 Since waltzing onto our screens last year, professional dancer Kevin Clifton has made a big impression on Strictly Come Dancing viewers, winning himself a legion of fans in the process.
The thirty-year-old just missed out on lifting the coveted glitter ball trophy after he and celebrity partner, Susanna Reid were pipped to the post in the final. The pair were hotly tipped to win the BBC One competition, but finished runners-up to model, Abbey Clancy and Alijaz Skorjanec. But Kevin, who hails from Waltham, near Grimsby, is no stranger to success. A former Youth World Number One, he’s also a four-time British Latin Champion and has won numerous international open titles across Europe and Asia.

Trained by the best – his parents Keith and Judy Clifton are former world champions and run Clifton’s Dance Academy in Grimsby – Kevin says dancing was part of his daily routine from a very early age.

“All dancers are aware of Strictly and would love the opportunity to do it. It’s been an amazing experience for me, really enjoyable, although there was never really a time when I decided dancing was what I wanted to do,” he told Lincolnshire Life during a quick break from rehearsals for the Strictly live tour.

“I was about four years old when I started joining in dance classes with the other kids – I don’t really remember to be honest – it was just part of my daily routine.

“Mum and dad were still dancing, doing shows and different events and I’d sometimes go along and watch and I guess I just fell into it. I’d go to school, come home, have something to eat and then it would be dance classes.”

And what did his peers make of his extra-curricular activities?

“I didn’t really encounter any problems as a youngster. I was aware that some people found it a bit different,” he recalled.

“I’d turn up at school on a Monday morning with fake tan on my neck, having done a competition at the weekend, but I’d always take the mick out of myself and make light of it, so they’d have no ammunition.

“I think as long as you don’t take yourself too seriously in life you’ll be fine.”

And it’s not just Kevin who’s followed in his parents’ footsteps; his sister Joanne is also a talented dancer, and the pair competed together as youngsters, winning numerous ballroom and Latin titles.

“We got to about fifteen or sixteen and just felt it was weird dancing with each other. We didn’t want to dance against each other either, so I went into Latin and she went into ballroom,” explained Kevin.

“Until a few years ago, around 2007, I was still competing, but then I began looking for something different.

“I’d been dancing how other people wanted me to dance – trying to impress a string of judges who were looking for certain things. I was just bored of the way I was dancing and wanted to see how I could express myself.”

Dance show Burn the Floor was just what Kevin needed to challenge himself, and he toured worldwide with the production, before joining the stage version of Dirty Dancing. He followed this up with a second stint in Burn The Floor.

While looking for another change of direction a couple of years ago, Kevin and professional dance partner Karen Hauer, also his fiancée, decided to apply for a coveted spot on Strictly.

“We sent our information in, but they were only changing one professional that year, which Karen was lucky enough to get,” said Kevin.

“I worked behind the scenes and was involved in some group choreography, which was a great experience. Karen appeared on the show with Nicky Byrne of Westlife, and after that we went back to Burn the Floor.

“Then Strictly asked if I could come in for an audition and I got the place. I was lucky to get paired with Susanna Reid – she was great to work with – while Karen was with Dave Myers of the Hairy Bikers. We both had a brilliant time, I was just thrilled to make it to the final.”

The rest, as they say, is history. The program was recently voted Best Talent Show at the National Television Awards, while Kevin joined the highly successful Strictly live tour, which finished at the beginning of February. He’s also been coming to terms with his new-found celebrity status.

Kevin said: “I get recognised so much more now, but the one thing everyone comes up to me saying is ‘It’s Kevin from Grimsby’.

“It stemmed from the first show, when they introduced the five new professional dancers and they all had big foreign names, which were hard to pronounce. It came to me, and Bruce said ‘Here’s one I can pronounce, all the way from Grimsby…’ and it got a big laugh.

“Then the announcers started saying it, and then Zoë Ball on It Takes Two – Grimsby got so many mentions!”

Due to his hectic schedule Kevin hasn’t been home quite as much as he’d like; although he and Karen managed to make it back to Lincolnshire the day after the Strictly final. However, that’s all set to change this summer, when the pair will be back in Grimsby starring in a new production of the hit dance show Flash Mob, which tours the UK following a two-week run in the West End.

They will be taking to the stage at Grimsby Auditorium alongside other talents that have emerged from TV dance reality shows including Flawless from Britain’s Got Talent, So You Think You Can Dance? runner-up Tommy Franzen, contemporary duo Alleviate and Irish dance fusion stars Brosena from Sky 1’s Got To Dance.

“I’m really excited about dancing in my home town in front of all the people who supported me throughout my debut on Strictly,” said Kevin.

“It’s my chance to say thank you to the people of Grimsby and it will be a great opportunity to meet people face to face.

“We’re really looking forward to lots of different dance styles and the opportunity to work alongside other dancers who we wouldn’t normally work with, as well as producing our own stuff.”

When he’s not dancing, which he confesses doesn’t leave much time, Kevin is a keen football fan.

As for Strictly, he admits he’s just keeping his fingers crossed he’s asked to return for the 2014 season – and so are we.

* Flash Mob is at Grimsby Auditorium on Saturday, 12th July. For more information call the venue on 01472 311300 or visit www.atgtickets.com/shows/flash-mob/grimsby-auditorium/