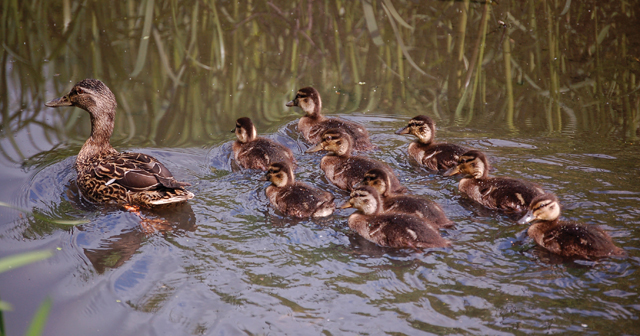 This is another in a short series of articles aimed at highlighting some of the beautiful and interesting areas around Lincoln that remain relatively unknown to the majority of people.

When you discover somewhere new and fall in love with it, the first thing you want to do is tell everyone. Then a little voice in the back of your head whispers “keep quiet”, because one of the things that attracts you to beautiful places is solitude, and too many people could spoil that. This is an age old quandary, one that I have no simple answer to. But if anyone is persuaded to visit any of the places I describe I would hope that they would treat them with respect. Always follow the Country Code, step lightly, leave nothing but footprints and take nothing but photographs.

Lincoln Catchwater Drain doesn’t sound like it should be somewhere to seek out for a couple of hours’ quiet reflection, but bear with me, it really does have a lot to offer. It is also closely connected to the intriguing story of Lincoln’s water supply.

Since the end of the last Ice Age, floodwaters have regularly come down the Trent Valley and overflowed the low lying lands to the west of Lincoln. The more the city protected itself from the floods, the more the surrounding fenlands suffered, becoming almost worthless for agriculture as they were permanently saturated. A major flood in February 1795 was the final driver in changing this situation that had existed for centuries. Snow melt caused the Trent to break its banks at Spalford, and 20,000 acres to the west of Lincoln were flooded to a depth of up to ten feet. Villages in the area could only be reached by boat and many people lost their homes. It took several years, but in 1804 an Act was finally passed ‘for embanking, draining and improving certain Lands in the City of Lincoln and County thereof and in the parishes or townships of Boultham, Skellingthorpe, Saxilby, Broxholme, North Carlton, South Carlton, Burton and Hathow in the County of Lincoln and for inclosing Lands in the said parish of Skellingthorpe’. One of many complex measures resulting from this Act was the creation of the Catchwater Drain that runs from Skellingthorpe village to the River Witham at Altham Terrace.

It is possible to walk alongside the drain all the way from Skellingthorpe to Lincoln High Street just north of St Catherine’s roundabout, most of it on pleasant grassy footpaths. But unless you have two cars available you might want to explore it in shorter sections, or possibly combine it with the Witham riverside walk, the Main Drain to Boultham Mere, and the Lincoln to Skellingthorpe cycle track for a big circular day walk. There are numerous other possibilities to extend this walk into Hartsholme Country Park, Boultham Park, Lincoln South Common, or even use it as an interesting route from the Birchwood area to Lincoln city centre.

The eastern part of the drain is perhaps the least interesting, running as it does behind houses in the Boultham Park Road area of the city, but Boultham Park itself is very close and makes for an interesting detour. The footpath crosses busy Tritton Road at a pedestrian crossing, and then almost immediately crosses the railway line via small unmanned gates. Take particular care here, although the railway is straight and visibility is excellent in both directions. A short walk past a farmhouse and suddenly you find yourself in open countryside. There is a bridge here and it is possible to walk on both sides of the Catchwater Drain for the next section towards the Hartsholme area. Because the footpaths here are raised up on embankments, they remain pretty dry underfoot, even after heavy rain. This is a wonderful walk, with spectacular views across the fields to the Cathedral and old town high on the hill. To the other side, the houses along Skellingthorpe Road are largely screened by trees. I don’t think I have ever walked this section without seeing at least one heron, and a couple of years ago three egrets were regularly spotted here. This whole area has been designated the ‘western growth corridor’ and is the site of the controversial Swanpool housing proposals. In the future there will probably be residential housing from Skellingthorpe Road right up to the University campus, so make the most of these open spaces while they last.

After about a kilometre you come to a small woodland and another bridge. At the bridge you have several choices. To continue along the drain you need to be on the south bank from this point, or you can take a track to the Hartsholme Drive estate and Skellingthorpe Road. This is also one of several points where you can detour to Hartsholme Park, by taking a small diagonal path through the trees, crossing some rough open ground to reach the Skellingthorpe Road playing fields and Hartsholme Park beyond. This is a very pretty diversion in the summer, when the area is covered in pink rosebay willow herb, campion and bracken. You can also turn right over a stile and across the fields to the north to Boultham Mere.

If you choose to stay with the drain, the way ahead is quite beautiful. Trees overhang the footpath, the light filters down through the leaves and wildflowers and butterflies abound. In early spring there is even a large patch of purple crocus – see if you can find it. During winter months the footpath feels quite open, but the summer growth of bracken can reach head height in places. There are some fine examples of fly agaric and other fungi in the adjacent woodland. The footpath curves right and left through here, it really is idyllic.

Approximately 300 metres beyond the bridge there is another footpath back to Skellingthorpe Road and Hartsholme Park, but beware in winter because it can be very muddy and is often flooded. Continue alongside the drain for another 100 metres and the path divides again as it crosses a small man-made stream. It is worth following this stream left all the way to Skellingthorpe Road, which suddenly rears up above you at the last minute. This might come as something of a surprise if you’re just used to driving down this way, but Skellingthorpe Road effectively runs along the crest of a dam here. Back in 1848 the Prial Brook was dammed by the newly formed Lincoln Waterworks Company along the line of Skellingthorpe Road, creating a large reservoir to the south. When Hartsholme Hall was built in 1862 the reservoir became the main feature of its extensive grounds, and is now simply known as Hartsholme Lake. The water from the reservoir then flowed via the Catchwater Drain to sand filter beds at Boultham, before being pumped up to an open reservoir north of the current water tower on Westgate. This was the basis of

Lincoln’s water supply until the typhoid epidemic of 1905. After this the supply changed to underground aquifers at Elkersley, over the Trent in Nottinghamshire, and it remains so to this day.

Continuing along the drain you have the pleasant wood of Foal Close between you and Skellingthorpe Road. Again wildflowers abound, especially the pretty white stitchwort, and I have often seen deer here. After another couple of hundred metres housing encroaches on the left, and it is again possible to take a footpath through the woods back to Skellingthorpe Road, coming out opposite Shearwater Road. Despite the proximity of the houses the next section of the walk remains very pleasant under the trees. Soon you come to a small lane which leads slightly uphill to Skellingthorpe Road again, near the junction with Birchwood Avenue. To continue alongside the drain you must use the lane to cross over to its north bank for a while. The route continues onward with houses to the left and fields and small woodlands to the right. Eventually you come to horse paddocks with Fen Farm on your right. Continue on to Decoy Farm and another route choice. You can continue alongside the drain, crossing underneath the A46 Lincoln bypass, then onwards through fields to Skellingthorpe village. My personal choice is to turn left down a minor road, through the pretty Cross Holts Wood to Skellingthorpe Road by the A46 roundabout. Take great care crossing the busy A46 and it is just a short stroll to a welcome cup of tea and award winning ice creams at Daisy Made!

As I described, it is unlikely you will walk the entire length of the Catchwater Drain in one go, but I hope I have intrigued you enough to seek it out and explore its delights in bite-sized chunks at least.