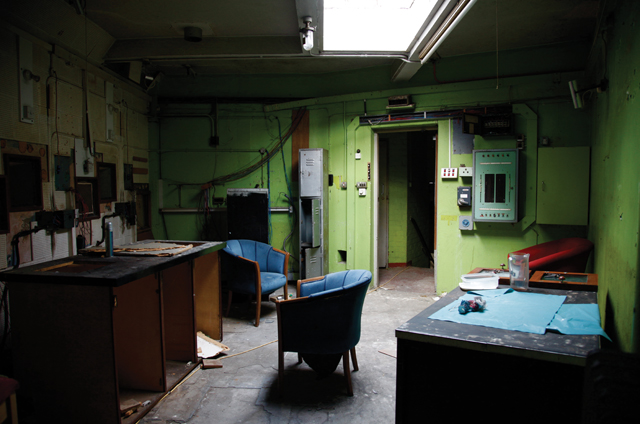 Prepare to take a step back in time for a nostalgic night at The Ritz Cinema and Theatre. Wander through the doors of Lincoln’s most charming Art Deco building, climb the steps up to its breathtaking auditorium and soak up the bustling atmosphere as you immerse yourself in some spectacular cinema.
After laying dormant for well over a decade, Lincoln’s beloved arts venue has been restored to its former glory and will officially reopen this month. The Ritz remains one of a handful of surviving cinemas built by the architect Leslie C Norton and is one of Lincoln’s finest architectural examples of a classic Art Deco building. When the Ritz first opened its doors in 1937 it quickly became one of the most popular venues in Lincoln. Lincolnshire residents queued along Lincoln’s High Street to watch the latest cinema releases and to enjoy some unforgettable live performances from artists including Jim Davidson, Freddie Starr and Martha Reeves.

“The place was busy and bustling, the atmosphere was wonderful. It was exciting, something really special,” said one Lincoln resident.

THE REGENERATION PROJECT
Pete Genders, chief executive of the non-profit organisation The Ritz Cinema & Theatre, took on the project in 2012 to bring the derelict building back to life as a fully operational cinematic experience and community hub for Lincoln’s High Street. The Ritz is now being renovated and repaired into a working 480-seat arts house cinema and theatre and will screen a variety of films to suit all tastes, including old classics, cult favourites and the latest Hollywood blockbusters at affordable prices (£5 for adults and £4.50 for concessions).

Pete said: “We want to offer a cinematic experience. We want to take people back to the 1930s, how cinema should be.”

Like many local residents, Pete has an emotional connection with The Ritz, after visiting the venue on a regular basis as a child during the 1980s and 1990s. Whilst on a community walkout with the local council Pete discovered that the upper floors of the former cinema building were still empty. His passion for The Ritz brought him back there on a cold, dark night in February and it evoked memories of his teenage years.

“It was a huge part of my childhood, because I used to come here twice a week. It was my Cathedral. It was where I had my first kiss,” said Pete.

Several weeks later Pete returned to the building again with a freshly signed lease and was reunited with his ‘first love’. The pub J D Wetherspoon agreed to lease the upper floors of the former cinema building for the project for free for the following five years. Once the lights were on and the place was illuminated Pete realised the reality of the difficult challenge that was ahead of him.

VOLUNTEERING AND INTERNSHIPS
Since the announcement of The Ritz Regeneration Project it has received a huge amount of support from members of the local community, who have gathered together to help restore and revive the arts venue. The Ritz Cinema & Theatre has over 200 registered volunteers, a large proportion of which were previous patrons of the venue.

“We have had such a big support from the people of Lincoln. I feel that it is no longer my project, it is Lincoln’s project,” said Pete.

Whilst renovating The Ritz the project had to be put on hold when a large quantity of asbestos was discovered, which took up the entire budget and put the project a year behind.

“It has been one of the most difficult journeys of my life. If it wasn’t for the volunteers, we wouldn’t be where we are now. The project was a challenge and it required a lot of drive and willpower,” said Pete.

The reopening of The Ritz cinema has created six full-time jobs and some internships. Once the restoration has been completed volunteers will still be used in all aspects of the building’s operations, from cleaning and maintenance to usherettes, support workers and administration. Pete is also working with Job Centre Plus to provide eight-week placements for people who have been unemployed for a prolonged period of time, giving them essential skills to allow them to re-enter the job market.

COMMUNITY HUB
The Ritz will also be a multimedia and performing arts venue. The large stage and AV facilities will be used as a lecture theatre for schools and during the school holidays it will provide various workshops and extra-curricular activities, including art deco period activities. The Ritz cinema has already hosted some popular themed nights and a short film festival.

“It is a place where young people can get involved in theatre, cinema and film-making,” said Pete.

The renovated Ritz will also be a permanent exhibition space, in which artefacts and historic photographs will be displayed. Funds raised from the cinema will be reinvested into community initiatives and projects.

In recent years, the demographic of the surrounding area has changed, becoming home to a wide variety of migrant communities, including those from Eastern Europe, Asia and Africa. The Ritz is situated in one of the most deprived areas in the country and there are considerable issues with drug and alcohol abuse and violent crime. Pete believes that raising the cultural offer of the lower High Street will help to tackle anti-social behaviour in the area.

SUPPORT THE PROJECT
Various fundraising events have already taken place to raise money to complete the Regeneration Project. In January 2013 The Ritz opened its doors for the first time in almost twenty years for an exclusive exhibition by local artists and designers, James Smart and Leo Cripps, who designed fifty original film posters based on classic films that were shown at The Ritz in previous years.

In January 2013 the Ritz hosted a live event Standing on the Shoulders of Giants, a charity music concert which saw four Lincoln music acts take to the iconic Ritz stage, following in the footsteps of legendary acts like The Rolling Stones, Van Morrison and Johnny Cash. The Ritz also ran a Warehouse of Horror Season and encouraged audiences to dress up as their favourite Evil Dead characters.

“At that point the Ritz was still being transformed and although the building was completely safe, the place appeared very derelict. It was the perfect setting for a horror season,” said Pete.

There are many ways in which you can support The Ritz Cinema & Theatre. Any form of donation is appreciated and there are some outstanding and unique perks as rewards, including sponsoring bricks and seats and purchasing signed Ritz prints and season passes. Pete Genders has also published a small paperback book, which lays out the plans and dreams of what he would like to achieve at The Ritz. If you would like to purchase a copy of The Ritz Cinema book please visit The Ritz website: www.ritzcinema.org.

HISTORY OF THE RITZ
The Ritz first opened on 22nd February 1937, with Jeanette MacDonald in San Francisco. It was built for the Segelman family’s Central Pictures (Lincoln) Ltd. Seating was provided for 1,240 in the stalls and 510 in the circle, making it the largest venue in Lincoln.

During World War II, the spectacular exterior lighting displays had to be switched off in accordance with government blackout regulations and in 1941 the cinema received minor damage from German bombing. In February 1954, the cinema became the first in Lincoln to have Cinemascope installed and the first film to play in this format was The Robe. The cinema was taken over by the Rank Organisation on 2nd January 1956 and was re-named Odeon on 20th August 1956. The Odeon was closed on 17th October 1981 and the building remained closed for three years. In 1984, it was then taken over by independent exhibitor, Barry Stead, who set about renovating the cinema.

The Ritz Cinema was closed on 16th March 1996. On 27th May 1998, it opened as a pub in the J D Wetherspoon chain named Ritz, using the foyer and stalls area, leaving the former circle and projection areas closed off and unused. The Ritz is included on the Local List of Buildings of Architectural Significance and is defined as a landmark corner building within Conservation Area Number 6.