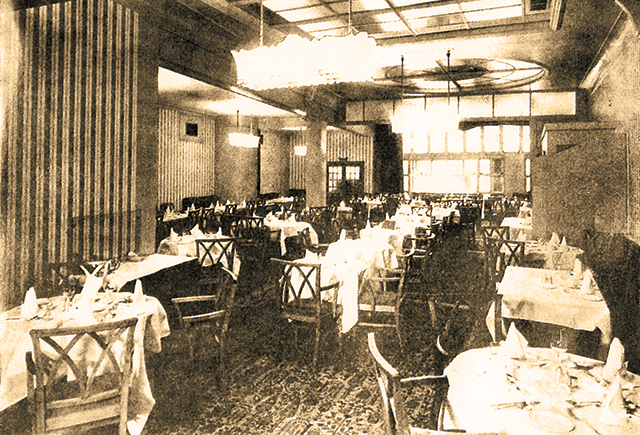 Lincoln has lost a number of interesting and attractive buildings over the last 50 or 60 years, in this issue we take a look at just four.
The Wesleyan Methodist Chapel, or Big Wesley as it was known throughout the city, stood at the east end of Clasketgate close to the junction with Lindum Road and Broadgate. It was erected in 1836 and the opening was marked with a public breakfast, dinner and tea, serving cured ham, stuffed chine and plum bread. On the first Sunday when services were held there, all other chapels in the Lincoln Methodist circuit were closed and an estimated 3,000 people heard Dr Jabez Bunting, one of the great Methodist preachers of his day, conduct the service.

Big Wesley produced no less than four Presidents of the National Methodist Conference. Its day schools, founded in 1844, exerted a major influence on the educational life of the city for almost ninety years. Big Wesley was also home to the Lincoln Music Festival for many years and I remember singing there with my school choir, probably in 1954 (we won!) It was demolished in 1963 and replaced by a bank, shops and offices.

The Saracen’s Head Hotel was situated on the east side of High Street just south of the Stonebow and had been since at least 1496. When it was sold in 1798 it was said that ‘no hotel in the kingdom was superior to it in accommodation for travellers’, but it was rebuilt in 1802 due to an increase in the travelling public. The major shareholder in the 1920s and ’30s was HH Leven and he further developed the hotel after which it was described as ‘one of the finest in the country’. It was the coaching HQ for coaches to London, Peterborough, Hull, Barton on Humber, Gainsborough and Manchester. The hotel had extensive stabling and grass closes for grazing. It was very popular with servicemen during the Second World War.

The Saracen’s closed in 1959 amid great sadness. The interior has been converted to retail but the upper façade and wrought iron balcony have been retained and can be seen above Waterstones. The external appearance is largely unchanged.

The Hannah Memorial Wesleyan Chapel stood at the corner of Chaplin Street and High Street. It was erected in memory of John Hannah (1792–1867) a distinguished Methodist preacher born in Lincoln. Two lots of land on the north side of Chaplin Street were bought from Squire Chaplin of Blankney Hall for 17/6d per square yard. It cost approx £5,000 to build. The opening ceremony in 1875 was followed by a ‘Great Tea’ in the Corn Exchange. It closed in 1962 and the congregation moved to Portland Place, now Central Methodist.

The Hannah was replaced in 1972 by the new Thomas Cooper Memorial Chapel whose own building in St Benedict Square had been demolished to make way for extensions to Marks and Spencer.

The Great Northern Hotel could be found on the west side of High Street immediately below the High Street level crossing. The building was originally a house, home at various times to Alderman Richard Gibbeson, wine and spirit merchant and R Mason, town clerk. It was converted to the London and York hotel in 1848 at a time when the railways were developing rapidly. The bar was very popular with businessmen and hosted a number of clubs. To the rear of the hotel the orchard and paddock occupied two acres and ran right down to the Brayford.

The grand opening dinner was chaired by Charles Chaplin of Blankney Hall and attended by about seventy gentlemen of the city and county. The name was eventually changed to the Great Northern Hotel and from 1917 to its closure in 1963 it was run by Trust Houses Ltd. It was eventually replaced by a retail unit but this now looks likely to be a casualty of the new railway footbridge.