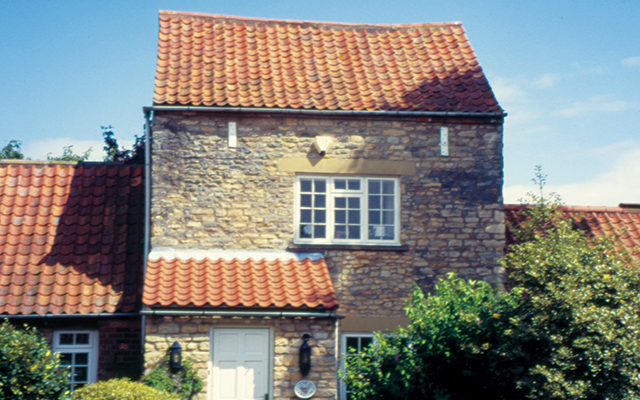 Lincolnshire is home to many stunning and fascinating historical buildings and like many English counties it has a varied and rich cache of quaint and quirky dovecotes and pigeon houses. Alan Whitworth looks at their history.
Currently there are just over ninety surviving dovecotes from a total of around two hundred-plus mentioned in various documents of the Middle Ages. Since ancient times, man has kept pigeons in captivity, breeding and rearing them for their eggs, manure and for food. Possibly the Chinese were the first to domesticate the wild Rock Pigeon (Columbia Livia) from which all pigeon breeds are descended. Certainly on a ceramic model of a farmyard dating from 1000 BC, dovecotes can clearly be seen on the house roofs. However, it is from the Egyptians that we first learn of the ‘art’ of rearing pigeons, in particular, the farmers prized the pigeon dung which they spread liberally on their arid fields. The Persians utilised pigeon droppings in the manufacture of gunpowder. Indeed, pigeon dung has been used variously in many commodities from medicines to aphrodisiacs!

On the subject of the introduction of pigeons into Britain, little is known. Although pigeon rearing was practised by the Romans from a very early date, as attested by many references in the classics (notably those written by Pliny, Varro and Columella), few ‘columbaria’ (pigeon houses) were established in England and the industry does not appear to have been of any importance in Britain until the time of the Crusades, when returning pilgrims and knights brought back many useful notions picked up during their journeys through the lands of the Saracens. Historically, it is thought that it is to the Normans that England owes a debt for the establishment of the large architectural pigeon houses and dovecotes across the countryside.

France had long had a history of dovecotes, possibly inherited from its occupation by the Romans. Following the conquest of Britain, the Norman lords brought to our shores their culture and manorial system with its feudal rights, and foremost among the privileges which these twin dominants, lord and clergy, aggregated to themselves, was that of being the sole classes of persons to build great pigeon houses wherein the birds of these favoured few might live, board free, at the expense of industrious crop-raising tenant neighbour – a factor which contributed, in France in later centuries, to the onset of the French Revolution.

Early dovecotes are massive, round and were usually associated with monastic or manorial origins. Often they were architecturally crude, with little decoration, small plain doorways, and with few openings for light and air. As architectural styles developed, and the laws of who could own a pigeon house changed in the seventeenth century, their construction and purpose altered and they became more flamboyant in design.

Of the surviving dovecotes in Lincolnshire, possibly the oldest and most picturesque is the round stone example in the village of Castle Bytham, which can be found at the rear of Glen House. Built into the kitchen garden wall, a common site for dovecotes, it is perhaps twenty feet in diameter, and inside is lined from floor to roof with numerous nest holes. Rather fortunately, it still retains a potence – a revolving gallows-like contraption supporting a ladder, which can be climbed and turned to access the upper nests.

Another beautifully situated pigeon house is that at Hall Farm, Canwick, which belonged to the Sibthorpe Estate. This is square in plan, measuring seventeen feet on each side, and stands to a height of about twenty-five feet. Inside, the ground floor has been in later years divided into three chambers possibly to house animals, but 1,100 nest boxes still remain, as does the potence – unusual in a square dovecote. This building probably dates from the late eighteenth century but may stand on an earlier site, as Hall Farm itself is an Elizabethan house. At Canwick there were, at one time, three pigeon houses, but one was taken down in the 1960s. Another one still survives in the garden of Elysium.

A second village that had more than one dovecote during the medieval period is Winteringham, near Scunthorpe, where no less than four were recorded; three surviving into the present century. Today, again like Canwick, only two survive. Both date from the seventeenth and eighteenth centuries, and neither as dovecotes proper. A pigeon house in Silver Street was demolished only a few years ago. One at the Old Rectory near the church is now used as an outbuilding with many alterations, and had its original roof replaced making it difficult to recognise its former use. The only example resembling a dovecote stands on a slight hill and looks down West End, but has been converted to a residence since 1991. Interestingly, a number of the terracotta next box fronts, measuring about twelve inches high by eighteen inches wide, with an almost oval entrance hole, have been placed into the new built garden walling as a feature.

The dovecote at Belleau is also an early example dating from the sixteenth century. Built of brick, this dovecote is octagonal in plan with a slate pyramidal roof, on top of which is a small wood glover or lantern to allow access to the inside for the birds.
A pretty pigeon house stands in the garden of Onslow House, near Long Sutton, and predates the residence by a century or more, which was rebuilt at the beginning of the twentieth century. The dovecote however dates to the mid-eighteenth century and again, contains numerous nesting holes.

An unusual arrangement exists at Tattershall Castle. Here, in one of the four corner towers, a number of plaster and horsehair nest boxes on wooden frames have been placed into a chamber leading directly into the upper main hall at a time when the castle was in the ownership of a farm and used as a farm building. Today, it is in the care of the National Trust, which has quite rightly retained the dovecote as part of the history of the castle building. At Gunby Hall, another National Trust property, there is also a dovecote in the walled garden.

The decline of the dovecote began in the late eighteenth century with changes in agricultural practices, and by the nineteenth century very few pigeon houses were being erected, with those already standing being allowed to fall into disrepair.

There was a brief revival in the mid-Victorian period as landowners took up the sport of pigeon shooting using live birds (today this has been superseded by clay pigeon shooting). As a consequence, landed gentry and gentlemen farmers held shooting parties at weekends and a good supply of birds were required.

In modern times, dovecotes have become fashionable as ‘homes for man’ and many have been converted to stunning residences due to their sheer size and solid construction. We have mentioned one at Winteringham, another such example is that Nettleham, where in the High Street a farm complex of barns, stables, granary and dovecote have been converted to very attractive homes; as has another farm complex at Stowe. Sadly, in this instance, it is now no longer possible to recognise the pigeon house.