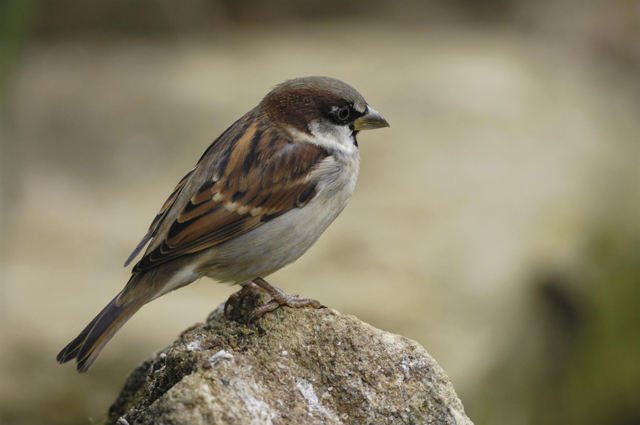 The people of Lincolnshire will once again be peering out of their windows for the RSPB’s Big Garden Birdwatch over the weekend of 24th and 25th January.

Since it started in 1979, the survey has provided information about the changes in numbers of garden birds in winter, and has helped to alert conservationists to those species in decline, like house sparrows, greenfinches and starlings. The number of people taking part has grown considerably and now around half a million participants get involved throughout the UK every January, making it the world’s biggest garden wildlife survey.

In Lincolnshire, over 9,000 people took part in 2014’s Big Garden Birdwatch. House sparrows perched at the number one spot, and blue tits moved back into the top five after dropping down the league table to number eight in 2013. Robins made a welcome return to the top ten, having dropped down to number eleven in previous years. Goldfinches climbed a place to sit at number six through 2014. The chaffinch, which has featured in the top five in Lincolnshire over the past ten years, dropped back to number eight.

Scientists thought that the mild weather in 2014 played a role in the ups and downs in the Birdwatch’s top ten, as many of the birds were recorded in lower numbers in gardens due to the warm conditions. Some species, such as blue tits, were likely to be more reliant on food provided in gardens than others, such as blackbirds, which could easily find their favoured foods like worms and insects in the countryside.

Just ten years ago, goldfinches were in fourteenth position nationally, but scientists believe that the increase in people providing food like nyjer seed and sunflower hearts in gardens, may have contributed to their rise in the rankings.

Overall numbers of species such as blackbirds, fieldfares and redwings may have appeared to have dropped in our gardens, but in many cases this is not because these populations are in decline but because these species don’t need to come into our gardens during mild winters, due to there being plenty of natural food available in the wider countryside.

However, the continuing decline of some species is of greater concern. Numbers of starlings and song thrushes have dropped by an alarming 84% and 81% respectively since the Birdwatch began. Both species are on the UK ‘red list’ meaning they are of the highest conservation concern.

There is slightly better news for the house sparrow, as the decline appears to have slowed, and it remains the most commonly seen bird in our gardens. However, it remains on the red list as we have still lost 62% since 1979.

So how can we make this January’s Big Garden Birdwatch the biggest ever? Well, to take part, people are asked to spend just one hour at any time over the birdwatch weekend noting the highest number of each bird seen in their gardens or local outdoor space. You then have to submit your results to the RSPB before 13th February, either online at www.rspb.org.uk/birdwatch or in the post.

This year, participants are also being asked to log some of the other wildlife they see in their gardens, to help build an overall picture of how important our gardens are for giving wildlife a home. You don’t have to see and count these other species during their Big Garden Birdwatch hour, just fill in the form to tell the RSPB whether you see them regularly or in fact have ever seen them in your garden, at any time of year.

The RSPB shares this information with its conservation partners to enable them to understand more about the threats facing our wildlife and tailor advice on giving nature a home, so that people can help their wild visitors thrive.

BIG SCHOOLS BIRDWATCH BACK AGAIN
Want to do the Big Garden Birdwatch at school? Well, you can. Thousands of schools around the country will be spending an hour recording birds and wildlife in their grounds between 5th January and 13th February as part of the Big Garden Birdwatch. It’s easy to take part and there are loads of fun activities for different ages free to download here: www.rspb.org.uk/schoolswatch

GETTING YOUR GARDEN READY
To entice as many birds into your garden for the Big Garden Birdwatch weekend, make sure that you have topped up your feeding station at least a couple of weeks prior to 24th January if you haven’t already. This will give all your local feathered friends the chance to become accustomed to the position of your feeders. Include as wide an array of food as you can – peanuts for blue, great and coal tits; sunflower hearts for finches and mealworms or fat balls for robins. It is also worth investing in a trough for ground feeding birds, such as blackbirds and chaffinches. Windfall apples, grated cheese or leftover pastry are also welcome treats for calorie-hunting birds.

What’s more, try counting your garden birds early in the morning or at dusk – these are the times when your feeders are likely to be at their busiest. Birds feed up after a cold winter night and before going to roost.

In fact, getting our gardens prepared for the coldest months can’t come soon enough for our wildlife, especially when it comes to stocking up the bird feeders. For example, a blue tit, which weighs about 11g, needs 1kcal per gram of body weight each day during winter – this is equivalent to consuming some 300 small insects. That’s a lot of foraging to cram into such short winter days!

The winter nights are hard on birds too. Research has shown that both blue and great tits are some 5% lighter at dawn than when going to roost the previous night. So it’s not surprising that small birds have to spend so much time foraging, and why garden feeding stations are so valuable to garden birds.

So fill up your feeders and get your binoculars at the ready. It’s not long now until the New Year and the Big Garden Birdwatch, but your garden wildlife needs you right now!

To find out how you can give nature a home where you live, visit www.rspb.org.uk/homes.

HOW TO TAKE PART
You can find out everything you need to know about taking part in the Big Garden Birdwatch by visiting www.rspb.org.uk/birdwatch