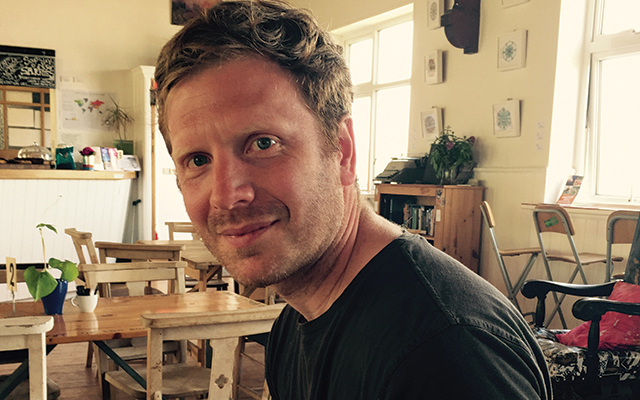 Lincolnshire is ‘hot spot’ for antiquities

Hoards of gold coins, a convict token, medals and Bronze age artefacts are just some of the exciting discoveries made by members of the public in Lincolnshire each year.
With its diverse and rural landscape, including chalk Wold, limestone plateau and Fen and coastal marsh, it’s no surprise to hear the archaeology contained within it is equally as dramatic.

Lincolnshire is renowned as one of the country’s hot spots for uncovering historical objects, with more than 75,000 reported to the Portable Antiquities Service since 2003 – and now some of the most intriguing and enigmatic objects discovered by the public have been collated together in a new book, 50 Finds From Lincolnshire, by the county’s Finds Liaison Officer Dr Adam Daubney, whose job it is to record them all.

Adam, who has a particular interest in Roman Britain and the rural landscape, has been recording and identifying items and artefacts voluntarily brought forward by metal detectorists, people out walking, gardening or just going about their daily work since 2003, through the scheme run by the British Museum to help advance our understanding of the past.

“Lincolnshire is vastly a rural area – there’s lots of arable land, which is prime hunting ground for metal detectorists and since this scheme was launched the number of finds has gone up; in fact, we’re not able to keep up with them.

“It works both ways as people enjoy having their finds identified and we get to know where these items are being found. We see everything – to put it into context, just today I’ve been contacted about a Roman silver ring, a prehistoric axe-head, Roman coins and a seventeenth-century medal.

“We have to look at finds from the Stone Age right through to the seventeenth century. Obviously there’s an awful lot of Roman related pieces here, as the county is home to a number of forts and walled towns such as Horncastle, in addition to many rural settlements, but what these finds are telling us is that there was a lot more going on in the rural countryside than we first thought.

“We could see the sites through aerial photographs and field works but these finds are filling in the gaps, the countryside was a lot more densely populated than we initially realised.”

Based in Lincoln, Adam is one of thirty-six Finds Liaison Officers located throughout England and Wales who help maintain an online database, promoting it as a resource for education and research. The officers also hold outreach events, including finds days and attend metal detecting club meetings as well as giving talks to national and local groups and societies.

They also help finders to fulfil their obligations under the Treasure Act.

“Back in 1996 there was a change in law,” explains Adam, “which basically meant that anything over 300 years old or containing at least ten per cent precious metal had to be reported to the coroner and depending on the outcome the Museum’s Service would be given the option to buy it.

“This law didn’t affect all the other millions of finds – all the other non-treasure objects, which had some, if not more historic importance – and that’s where we come in.”

Each Finds Liaison Officer has compiled a coffee-table style book about their region, detailing finds from the past decade.

“The book serves a number of purposes highlighting our work and people are delighted their finds have been included.

“There are some really important and intriguing items – including a Bronze age neck piece called a torc, and a wonderful convict token, which was a little token made by a lady called Audrey Appleyard, who was convicted of theft,” explains Adam.

“She was sent off to Australia, but before she went she made this token for her mother, and wrote a message on it. It was handed over the last time that she saw her and somehow it got lost, turning up here a couple of years ago.

“Another one of the finds that stands out for me is a hoard of Spanish American gold doubloons, found near Branston a couple of years ago.

“These massive golden coins were struck at various sites across the Spanish Americas including Colombia, Chile and Mexico. I did a bit more research into this case and the story had an interesting twist to it.

“A metal detectorist found eight and after doing some digging of my own I discovered that eighteen more had been found by a farmer in the early 1900s, when he had been working the land. Obviously they didn’t have metal detectors back then and the rest were uncovered much later on.

“And that’s the great thing about this job – you just don’t know what’s going to turn up next.”

Adam, who developed his passion for archaeology while growing up in Sudbrooke, studied archaeology and prehistory at Sheffield University, before completing his MA and PhD at Leicester University.

“I can’t say I always had a career in archaeology in my sights, but close to where I lived there were a couple of chaps who used to go field walking and discovered the site of a Roman villa.

“I went up there and asked them what they were doing and they invited me to have a walk with them and I really enjoyed it.

“I remember thinking this could be an interesting career option, although I didn’t really think too much about the job prospects at the time!

“I did some hands-on work up there and really enjoyed it, although there wasn’t the opportunity to go on digs like there is today.

“After my studies I worked as field archaeologist and then as assistant keeper of archaeology at Lincoln Museum before coming to my present role.

“I’ve come back to where I started – but Lincolnshire is one of the top counties for finds, so it’s definitely a good place to be working.”

50 finds from Lincolnshire is available from booksellers countywide. For more information about the Portable Antiquities Scheme, or to register a find visit www finds.org.uk