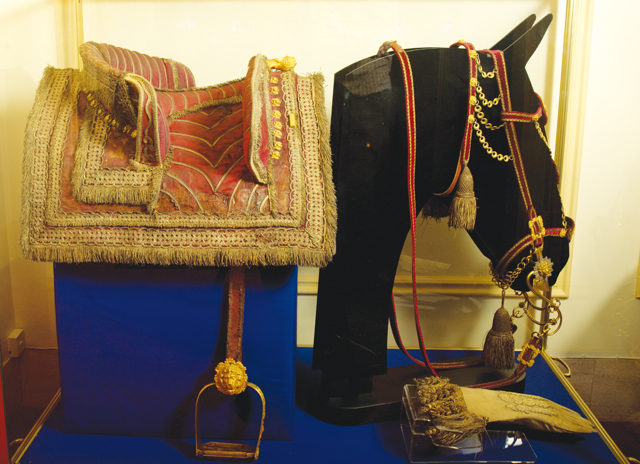 Lincoln will be hosting a once-in-a-lifetime exhibition from 27th June to 27th September. As part of the Magna Carta 800th anniversary celebrations, four venues across the city will display a stunning collection of treasures and art, all associated with Lincolnshire.
Lord Cormack, chairman of the Historic Lincoln Trust, gave an exclusive interview to Lincolnshire Life, explaining the inspiration behind the exhibition and the magnificent range of artefacts coming to Lincoln.

Lord Cormack (formerly Sir Patrick) served as MP for South Staffordshire for forty years but on his elevation to the House of Lords returned to his home county and settled in Lincoln in 2011. As an historian, author and journalist, he felt he could utilise his experience and contacts to help make 2015 a truly memorable year for the city.

“I was invited to be the first chairman of the Trust and formed a body of trustees to support our aim to raise the profile of Lincoln and its historic treasures. The timing could not have been better, with work already underway on the Lincoln Castle Revealed project,” Lord Cormack explained. “One of the Trust’s first tasks was to raise £2m to fund a purpose-built vault for Lincoln Cathedral’s copy of Magna Carta. This was achieved with generous donations from the David Ross Foundation, the Garfield Weston Foundation and other trusts and private donors.

“With further sponsorship from the David Ross Foundation, and other sponsors including Lindum and Siemens, the Trust has been able to support a programme of events in the city, as part of the 800th anniversary celebrations, which includes the Great Exhibition, lectures and concerts.”

The Honorary Curator of works of art for the exhibition is Dr Alan Borg, former Director of the Imperial War Museum and of the Victoria and Albert Museum. A second Honorary Curator, for manuscripts and documents, is Jeff James, Chief Executive and Keeper of the National Archives.

“We have been particularly privileged that treasures from private collections are being loaned as well as those from the Royal and national collections. Probably the two most stunning exhibits will be the Luttrell Psalter, a fourteenth-century illuminated manuscript which originated in Irnham, loaned in partnership with the British Library, and from the V&A the Heneage Jewel, given by Queen Elizabeth I to Sir Thomas Heneage. The Heneage Jewel is one of the most important Tudor jewels in the Victoria and Albert Museum’s collection,” said Lord Cormack.

The Great Exhibition will display over 150 exhibits located across the Usher Gallery, The Collection, the Medieval and Wren Libraries in Lincoln Cathedral and at Lincoln Castle, where the 1225 Magna Carta, which has been lent by the National Archives, will be side by side with Lincoln Cathedral’s 1215 Magna Carta.

“We have been able to assemble a range of the most extraordinarily beautiful and precious things, which have never been viewed together before,” said Lord Cormack. “This really is a once-in-a-lifetime opportunity to witness treasures inspired by and associated with the people, history and culture of the county. The items date from the 1090s to the 1990s.”

Exhibits include paintings, watercolours and etchings, maps, illuminated manuscripts, and letters, as well as including racing trophies, seals, ceremonial artefacts and carvings.

Lincoln Cathedral’s Wren and Medieval Libraries will for the first time in 400 years be able to display the two volumes of the eleventh-century Chapter Bible side by side. The second volume has been held at Trinity College, Cambridge since it mysteriously left the Cathedral library in the seventeenth century. Visitors will also be able to see a manuscript poem by Robert Grosseteste and an atlas annotated, in his own hand, by Lord Burghley.

Other famous Lincolnshire sons and daughters are celebrated in a section of the exhibition at the Usher Gallery and The Collection. From Gilbert of Sempringham, the only Englishman to found a monastic order, to Lincolnshire’s great explorers, scientists and inventors, famous names known throughout the world resonate through the exhibition’s accompanying catalogue. Sir Isaac Newton, John Wesley, Sir Joseph Banks, George Bass, Sir John Franklin and Tennyson will be celebrated along with a portrait of Margaret Thatcher and notes from a speech she gave on a visit to her old school, Grantham and Kesteven High School. A particular gem, amongst so many, will be Matthew Flinders’s first definitive map of Australia, lent by the National Archives.

Other remarkable paintings and portraits which have been assembled include several works by Turner and the only surviving panorama of an English town, the Louth Panorama. A whole room will be devoted to the work of George Stubbs, who spent time near the banks of the Humber conducting research and dissections for his great work, the Anatomy of the Horse.

Items from local collections include the Brownlow Silver from Belton House; items associated with the King or Queen’s Champion, an office held by generations of the Dymoke family for more than 600 years; as well as silver and manuscripts from collections at Burghley House and Spalding Gentlemen’s Society.

Lord Cormack hopes as many people as possible will visit during the three month duration of the exhibition.

“All the items have a connection with Lincolnshire in some way and I cannot think of a finer way to celebrate the heritage, creativity and brilliance of our county than through this landmark exhibition.”

There is a guide book and an accompanying catalogue for the exhibition, priced £20, which has plenty of in-depth background information, illustrations and photographs. More information about this and where to purchase tickets for concerts and lectures can be found at: www.historiclincolntrust.org.uk

SPONSORS
Our principal exhibition sponsor is the David Ross Foundation to which we are most grateful, as we are to our other generous private sponsors and to Lindum Group.

27th June to 27th September – Lincolnshire’s Great Exhibition.
The exhibition is open 10am to 5pm daily and admission is free of charge, except for Lincoln Cathedral, Lincoln Castle (including Magna Carta Vault). A joint ticket giving full access to Castle and Cathedral can be purchased at either place.