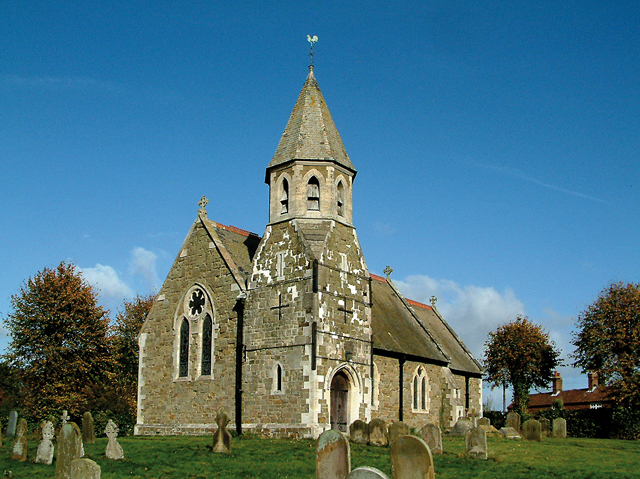 Armistice Day and Remembrance Sunday are very important dates on the calendar in my household. My wife’s late father fought throughout the Second World War and saw action at Tobruk and El Alamein, so remembering has an added poignancy for us.
Virtually every community in the UK suffered losses in the Great War, so their war memorials naturally become the focus of remembrance every November. What of the small number of villages that do not have a memorial though?

The term ‘Thankful Village’ dates back to the 1930s, when it was coined by journalist and writer Arthur Mee, to describe a village that had lost no men in the Great War.

According to Stuart Maconie’s book Hope & Glory: ‘Of the estimated 16,000 villages in England, Mee identified 24 that could be called Thankful and guessed that there might be 32. In fact recent research has identified 52 parishes throughout England and Wales from which all soldiers returned.’ There are no Thankful (or Blessed) villages in either Scotland or Northern Ireland.

There are only fourteen villages in England and Wales that are ‘Doubly Thankful’, having had all its members of the armed services also survive World War II. Lincolnshire has four Thankful Villages – Bigby, Minting, Flixborough and High Toynton, the latter two being Doubly Thankful.

The statistics are staggering and bring home fully the scale of the loss from both World Wars, but from the Great War in particular. When we journey through these beautiful islands, almost all of the places we come across do have a war memorial, but what of the places that do not? What, for example, should we make of a place such as Bigby?

A small North Lincolnshire village near Barton upon Humber, Bigby is around ten miles south of the bridge and four miles east of Brigg. It is old enough to feature in the Domesday Book and has a parish church, All Saints, containing monuments to the local Tyrwhitt and Skypwith families. Sir Robert was probably the most notable of the Tyrwhitt family, his wife Lady Bridget being a Maid of Honour to Elizabeth I.

Human occupation hereabouts dates back considerably further than the Normans, for Roman coins and pavement have been found near the village and the long-distance Viking Way footpath passes through the village on its way to Lincoln.

Bigby itself is a name with a Norse origin. Mee wrote of its charming setting on the western slopes of the Wolds, views over the Ancholme Valley and its gardens and trees. John Marius Wilson, writing in 1870-72, described Bigby as a village of forty-four houses and just 249 inhabitants.

Bigby sent ten men away to fight in WW1, all of them returning home safely. As often seems the case with Thankful Villages, there is a little controversy and this concerns 1391, Private Hubert Cox, 1st Battalion Lincolnshire Regiment, killed in action in October 1917, aged twenty-four. Although born in Bigby, Pte Cox’s family had moved to Barnetby by the time he was seven (1901 Census), so he was not a ‘man of the village’ at the time of his enlistment or death. Of the four Lincolnshire Thankful Villages, Bigby is the one that does not have any kind of memorial to its good fortune in the Great War.

The north wall of the nave of All Saints includes the memorial to the village’s only fatality of WW2, Pilot Officer Harold Howsam, killed over Holland on the night of 12th/13th June 1943.

Fourteen miles due east of Lincoln and five miles north-west of Horncastle, lies the scattered village of Minting. Another one to be mentioned in the Domesday Book, its modern population is just 243 (2001 Census) against a high of 415 in the mid-nineteenth century. The centre of the village features a small green, a seventeenth-century coaching inn, the Sebastopol Inn, recalling an earlier conflict, and earthworks from a Benedictine Priory founded in around 1129.

The Church of St Andrew has Saxon origins, fifteenth-century additions and Victorian rebuilding. Until recently there was no memorial to safely returned soldiers of the Great War; however, the Horncastle News from the war years never listed any men of Minting in its Rolls of Honour, which it ran throughout the conflict. The 1911 Census gave a population of 262, including 124 males, so it is highly likely that Minting men did serve. The 1918-1920 Registers of Electors give a clue, however, with a total of ten men listed as ‘NM’ (Naval or Military) voters. These ten will almost certainly be the ones who saw service in the Great War.

In 2008 a plaque was placed inside the church recording the names of these ten men and Minting’s status as a Thankful Village. A year later a similar plaque was placed nearby for those who served in WW2. This is dedicated particularly to Pte Raymond Camp of the Lincolnshire Regiment, who was killed in action in November 1943, in Burma. There are eight other men listed, all of whom returned safely.

The village of High Toynton is small and secluded, about one-and-a-half miles east of Horncastle, with most of the settlement lying on the south side of Church Lane. The thirteenth-century Church of St John the Baptist is well hidden, standing on a mound on the corner of the lane, but is not easy to spot amongst the trees and high hedges.

High Toynton, a Doubly Thankful Village, saw its fourteen servicemen all return home from WW1. One soldier born in the village did lose his life, but was resident elsewhere at the time of the war. A brass lectern in the church records the names of all fourteen, including the three who were wounded: Rifleman EW Staples, Pte AH Blades and Sgt W Richardson. There is another Staples and Blades listed, so most likely two pairs of brothers. The lectern says: ‘With thanksgiving to Almighty God for the safety of all soldiers from High Toynton who took part in the Great War 1914-1919.’ There is also a list of five men who returned safely from WW2.

Flixborough sits around a mile east of the Trent, on higher ground some 150 feet above the flood plain. This is another longstanding community, there having been a thriving Anglo-Saxon settlement here as early as the seventh century AD. Its population has expanded to around 1,000 today, but the 1901 Census shows a more modest 344.

Flixborough is also a Doubly Thankful Village, having lost no servicemen in WW2. The east window in the parish church of All Saints has the figure of Christ set against a rainbow with an angel either side holding a scroll, which states that the window is ‘Dedicated to the Glory of God and in Thankfulness for the safe return of those from the parish who served in the Wars 1914-18, 1939-45.’

On the north wall is a roll of honour listing thirty-six names in two columns of eighteen, although there is no indication as to which conflict the men served in. Nevertheless, for a small village with a population of around 350 at the time, it was absolutely remarkable that so many fought for King and Country in the two world wars, and even more remarkable that they defied convention and returned home to tell the story.

Sadly the village would lose its Thankful status in 1974 when the ‘Flixborough Disaster’ occurred, an explosion at a chemical works, which saw twenty-nine deaths, more than 100 injuries and 100 or so homes destroyed or damaged. The wars were survived, but then death came in peacetime; a truly terrible irony.

Over nine days in late July/early August 2013, Medwyn Parry and Dougie Bancroft rode Triumph Trophy motorcycles for 2,500 miles, in order to visit all of the UK’s Thankful Villages, raising money for the Royal British Legion as they went. On Thursday 1st August, the bikers arrived in Minting from Notts, moving on to High Toynton and Bigby, before heading for Flixborough on the 2nd and then heading out of the county, in the direction of Yorkshire. A slate plaque was presented to each village to commemorate the part they played in the conflict (WW1), as these villages all lack a war memorial.

There is one thing of which I am certain: at a time when the need to remember seems to get stronger year on year, the communities of Bigby, Minting, Flixborough and High Toynton will be as involved in the act of remembrance as any other place, war memorial or no.