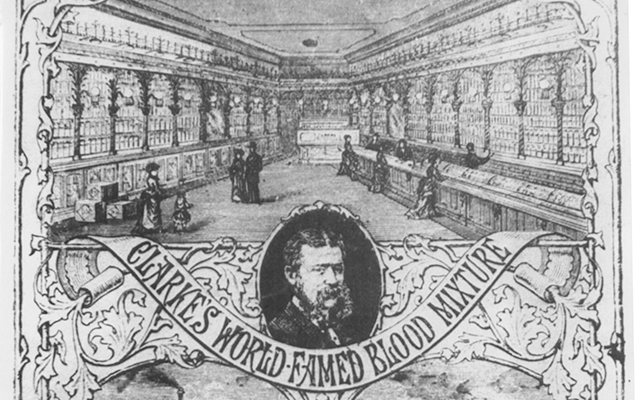 The Horse and Jockey Inn on Guildhall Street, established around 1828, was demolished together with other adjacent property in 1901, to make way for the erection of the General Post Office five years later. It is one of many public houses from Lincoln’s past now largely forgotten…
After an honourable career as a post office, the Guildhall Street building again became a public house, first as The Varsity, and now The Mailbox, reflecting its former use.

Dawber & Co founded in 1826, whose offices were to the left of the pub were brewers of some distinction, producing the high quality Lincoln Ale from premises in Gas Street, off Carholme Road. The firm owned no less than fifty-two licensed houses in Lincoln alone at one time, as well as some others in the county.

The Lincoln Arms, 114 High Street, at the top of Gaunt Street, was one of the Dawber Inns; it is now the retail premises of Bang and Olufsen. Dawber’s brewery was acquired by Mowbray & Co of Grantham in 1905.

The Bulls Head Hotel which stood at the corner of Silver Street and Clasketgate, was first licensed in 1802. This was a familiar part of the landscape, at what has always been a very busy junction but it was demolished in 1957/58. Another familiar part of the landscape was the police constable who stood in the middle of the road directing traffic before lights were installed.

The City Hotel was one of two hotels that formerly stood near to the southwest corner of Cornhill until 1973, when the entire southern side of the Cornhill Market area was demolished. In the early years of the twentieth century the property was occupied by the City Wine and Spirit Stores until its conversion into hotel accommodation in about 1920. Adjoining this hotel to the right was the Cornhill Hotel dating from about 1867. The Halifax Bank now stands on this site.

There were a large number of pubs in the section of High Street, between the river and the Stonebow. Immediately north of the Witham, next to the obelisk, was the Lord Nelson Inn dating from 1794, over a fish, game, and poultry shop run by William Cooper, which was taken over by Mac Fisheries about 1930. A little further up the street was the much larger Spread Eagle Hotel, followed by the Saracen’s Head, High Bridge Vaults and the County Arms Hotel.

Further north in the city, just outside the east door of the Castle was the Black Boy Inn. At a time when carrier carts and country waggons came into Lincoln to sell their wares in Castle Square, the Black Boy Inn was a very busy watering hole and did a roaring trade. William Marwood, the executioner from Horncastle, used to stay here when he had duties to perform at the Castle and a bellringers’ Jack used to be housed in this pub. The Black Boy Inn was a favourite haunt for Cathedral bellringers and the Jack was presented to them by Alderman Bullen in 1782. The building now houses the Castle Hill Club.

Finally, the Durham Ox stood at the junction of Pelham Street and Oxford Street and was a significant landmark, very popular with fishermen. By the 1950s it had become rather run down and was knocked down to make way for Pelham Bridge.