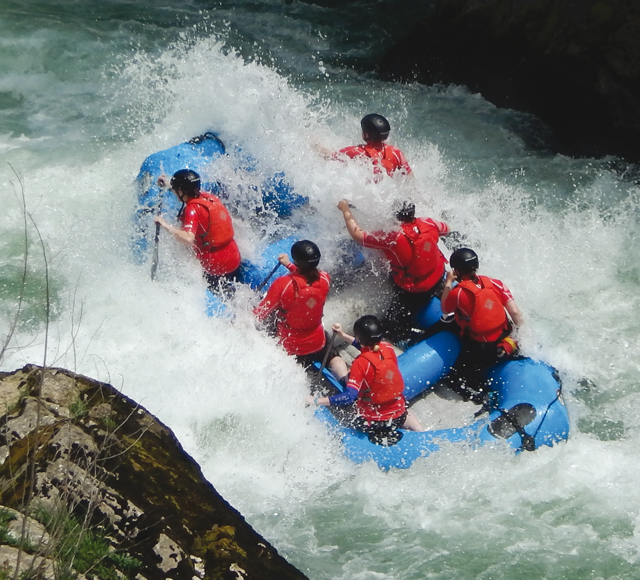 Making a difference to changed lives

Thousands of pounds raised in Lincolnshire by a forces charity has helped to ease the physical and emotional suffering of personnel who have served at the sharp end of world conflicts.
And thousands more collected by the ABF, The Soldiers’ Charity, has been put to work to assist veterans and their families to tackle a wide range of problems and start getting their lives back on track.

In the nine months ending December 2016, fifty former-serving soldiers from Lincolnshire or their dependants benefitted from a share of nearly £30,000 in grant aid. Hundreds before them also say that being on the receiving end of the charity’s help has made a real difference.

Many veterans, whilst overwhelmingly grateful for the help given – by a charity which receives no Government funding – choose to remain anonymous. Others, like Micky Yule, who at one time lived in Nocton, have spoken out and found themselves increasingly in the spotlight.

Eight weeks into his tour in Helmand Province, Afghanistan, where he was working as a Search Advisor, the former Royal Engineers Staff Sergeant stood on a pressure plate IED.

In the resulting blast, Micky lost both is legs, suffered a shattered pelvis, a fractured arm and internal injuries. He was flown to Selly Oak Hospital in Birmingham and has since had many operations.

Micky was already making plans for his future when he was injured. Less than a year later he walked down the aisle on full-length prosthetic legs to marry his partner Jody. The Scot began to seriously compete in weightlifting, with the aim of taking part at international level in the Great Britain Powerlifting Team.

But he needed weights and other equipment to help him succeed and that’s where The Soldiers’ Charity came in, awarding two grants to buy the necessary kit. A delighted Micky said the handouts were a “Godsend” and he was thrilled to find the quality of weights was the same as those used by Olympic competitors.

The Soldiers’ Charity also supported Jody. She had given up her job to look after Micky during his recovery, but she was keen to set up a handmade jewellery website. The charity made a grant to cover the cost of a ceramics course, enabling her to gain the necessary skills to change career.

But there’s more to this inspirational story. Following his medical discharge from the army, fitness fanatic Micky persevered with his gruelling rehabilitation and went on to compete in Paralympic lightweight powerlifting

He represented Team Scotland in the 2014 Commonwealth Games – the only injured serviceman to quality from the four home nations – and came fourth.

Shortly afterwards, Micky took part in the inaugural Invictus Games in London as the Captain of the Powerlifting Team. He won a coveted Gold medal and was incredibly proud to be a member of the winning British Armed Forces Team.

At the Rio 2016 Paralympics Micky represented Great Britain and finished sixth in his class.

An Olympian and an Ambassador of ABF The Soldiers’ Charity, in June 2016, Micky acted as its Cateran Yomp Ambassador. He was given the ‘Points of Light’ award by Number 10 – which recognises individual volunteers who are making a change in their community.

Former Prime Minister David Cameron said: “Micky is an inspirational athlete and a fantastic Ambassador for ABF, The Soldiers’ Charity.”

Micky said: “The Soldiers’ Charity is close to my heart. It helped me from the very beginning of my rehabilitation and still continues to be here for me and all injured service personnel and their families.”

Veterans from Lincolnshire who choose to remain anonymous include a man made redundant from the Army, whose marriage had since broken down. He left the marital home with nothing and had become homeless.

Throughout this time, he continued to work to provide for his children, but without a permanent address he was forced to ‘sofa-surf’ at friends’ houses.

He managed to secure a flat but could not afford the essential items necessary to turn it into a home. The Soldiers’ Charity came to the rescue with a grant to help bridge that gap.

A disabled veteran was given a grant towards a mountain trike. Unable to walk any distance unaided, and with only his pension as an income, he could not afford the vehicle himself.

The Soldiers’ Charity’s help meant he was ultimately able to get out and about and use the trike for exercise. Without this help he would have remained socially isolated. Now he has regained some independence and improved his quality of life.

Another veteran and his family received a grant for food vouchers. The veteran had a job but had to take time off for an emergency operation. But, because he hadn’t been with his employer for long enough, he wasn’t entitled to sick pay. The family’s income dropped dramatically.

The family was also expecting a baby, so the grant for food vouchers ensured that the veteran was able to feed his family and could care for their health and wellbeing, whilst also maintaining his self-esteem.

FACTS & FIGURES
The latest figures from the Army’s National Charity give a quick snapshot of the work it has done in supporting the Army family in more than 59 countries worldwide during 2016/2017.
• Total charitable expenditure: £9.2m
• Money spent on charities and individuals, with the balance on enabling activity: £7.1m
• Money spent on grants to individuals: £3.56m
• Grants provided to 92 charities and organisations: £3.54m
• Individuals reached through the AFB’s grant programme: 75,000
• Age range of beneficiaries: 9 months – 105 years

THE ONGOING CHALLENGE
During 2016/17 supporters of ABF, The Soldiers’ Charity dug deep and helped it to raise more than £41,000 in Lincolnshire. That was slightly up on the previous year but, nevertheless fundraising remains an ongoing challenge.

The charity never really knows when an ex-soldier or their family might ask for help. This is why events like the recent Lincoln Cathedral Concert play such a vital role in raising money and making more people aware of its work.

The Lincolnshire Committee of the ABF, The Soldiers’ Charity has 17 members. Its president is the current Lord Lieutenant Toby Dennis and its chair former Coldstream Guards Officer Neil McCorquordale.

Major retired Dennis Hannant MBE said: “The amount of money raised by The Soldiers’ Charity and the number of calls for help it receives can fluctuate, but there seems to be an upwards trend on both fronts.

“This may be due to factors including the state of the economy, the Government’s increased focus on the military Covenant – which aims to redress the disadvantages the services community may face in comparison to other citizens and recognises sacrifices made, which has raised public awareness.

“Another factor that has an effect is what might be happening to the Army in an operational sense at any particular time.”

But in cases where the Government fails to, or is unable to provide solutions or support, ABF, The Soldiers’ Charity steps in.

“When someone signs on the dotted line and joins the armed forces, they are effectively signing their life away to their country and the Army can legally use them how it wishes.

“As far as active operations are concerned, soldiers are expected to be able to kill the enemy when necessary. They may see horrendous things that other people never see. They may lose limbs or be left emotionally scarred.

“There can be a delay before a former service person or their family asks for help. Many former service people who served in The Falklands, Northern Ireland, The Gulf and Afghanistan are only just coming forward.”

ABF, The Soldiers’ Charity works closely with the SSAFA (which often takes a lead in welfare matters and which has officers on the ground), as well as the British Legion and the Regimental Associations, to explore what an ex-soldier or their family might need. In all cases, a representative will make a home visit.

“How quickly a grant may be offered depends entirely upon what an individual is asking for. For instance, it may be quicker to agree a payment towards a training course than to release funds for a ramp to be built for a wheelchair user, due to the need to wait for planning permission,” added Dennis.