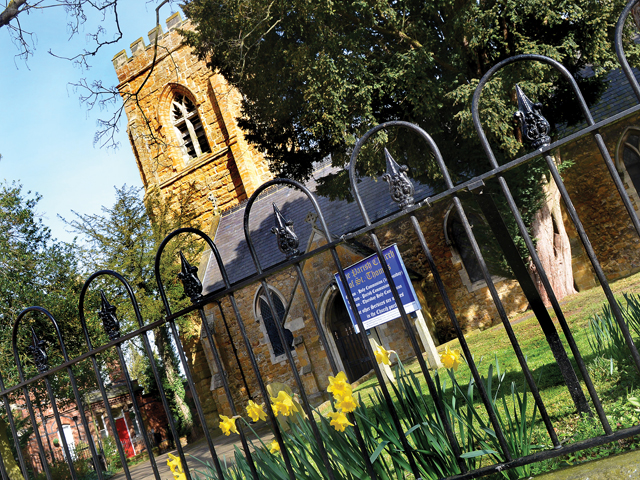 Situated on the edge of the Lincolnshire Wolds, this busy market town is starting to write the next chapter of its history, after months of hard work which has helped to really put the town on the map.
Market Rasen has regularly made the headlines, thanks to the work of MR BIG – a Mary Portas backed initiative which encouraged business owners and managers to take action to help regenerate this destination.

MR BIG put about £200,000 of Government funding to work – along with £20,000 from West Lindsey District Council (under the High Street Innovation Fund), £10,000 from the Heritage Lottery Fund (for the virtual town tour) and £10,000 of Arts Council England money (for an Arts & Crafts Festival).

Now that those funding streams have ended, MR BIG is being wound down and efforts are being made to build on the good work that has been done, by creating a Town Partnership.

MR BIG chair, Sara Scott said: “The Town Council, West Lindsey District Council and Lincolnshire Chamber of Commerce are working hard to rally stakeholder groups and get this partnership established. The remaining funds will be transferred into this and the outlook is really positive.

“As we move forwards we are keen to fund free town wi-fi for the next three years. It is just a case of waiting for BT to make the connections. We also want to do other things through the Partnership, such as having hanging baskets sited along Queen Street.

“In addition to the town’s regular Tuesday and Friday markets, the bigger monthly markets planned for the first Saturday of each month will also continue throughout the coming year.”

MR BIG funding means that four more stories are also being added to the town’s popular Virtual Heritage Tour, which has been created with the help of research carried out by the Rase Heritage Society.

People can experience this digitally, by taking a walk and using their smartphones or tablets to scan QR codes on signs at each point on the tour. Alternatively, they can switch on their computer, visit the website www.marketrasenheritagetour.co.uk and discover more about the town’s fascinating history from the comfort of their desk.

There’s always something happening in Market Rasen – a town where you will find long-established family businesses sitting alongside newer enterprises. In common with other towns and cities, you will spot empty units, but premises are also being revived thanks to an injection of cash and a liberal dose of entrepreneurial spirit.

Clare Bradford is the brains behind Party Box, a new shop which opened in Queen Street in mid-February.

“I originally hired out the essentials for people planning DIY weddings and other celebrations at their own choice of venue, such as chair covers, tablecloths, glassware and even a white wedding postbox.

“Now, in addition to the hiring service, I stock everything from fancy dress to balloons, greetings cards, napkins and paper tableware. What I am trying to get across is that we stock something for everyone, from mums with young children to families organising their own wedding or family party.”

Clare is feeling upbeat as spring gets underway and said she really loves being in Market Rasen.

When it comes to being smart, Bridget Pitman-Brand’s hottest tip is: make a note of what shoppers say they need in the way of shops and services and do something about it. And she has, by making an expansion move sooner than she expected.

Bridget, whose Market Rasen Pet Centre was already well established, launched a second business in the town in mid-February, after learning that Maria Pemberton planned to give up her deli two doors away.

“As well as having the Pet Centre, I also ran another business in a different town, but I realised I had an opportunity to close that earlier than planned and open a second business in the former deli instead,” said Bridget.

The old deli outlet was originally set up as a shop under the MR BIG project, which Bridget said had done an “enormous service” to the town. Now she has breathed new life into that unit by launching Undies & Overs.

“You need to listen to what people are asking for. I had been thinking about opening a shop selling childrenswear and shoes, ladies’ and men’s underwear, nightwear, baby clothes, bedding, linens, quilts and duvets, for about a year before I actually did,” said Bridget.

“It is still early days, but my new venture has been well received by shoppers and, of course, people are still finding me,” added Bridget.

If you need a quick coffee break, a delicious lunch, a leisurely afternoon tea or an evening meal, there’s plenty of choice on offer in Market Rasen, and you can even stay in the town overnight should you wish to.

In the centre of Market Rasen you will find The Advocate Arms, a ten-bedroom boutique hotel. Originally dating back to the eighteenth century, this refurbished venue offers everything from morning coffee to evening dining in comfortable contemporary surroundings.

It has AA five-star status, one AA Rosette and is a Michelin Guide recommended restaurant.

Further along Queen Street, you will find Ron Stalford and his colleagues ready to welcome you to the Albion Tea Shop – which offers everything from light bites to delicious lunches.

The tea shop is much loved for its bygone charm, home-cooked food and friendly staff and a quick glance on TripAdvisor reveals some glowing reports from locals and visitors to Lincolnshire, who are delighted that they have stumbled upon it.

New life has recently been breathed into The Chase in King Street, which had been empty for about nine months before it was taken over by Roy Ablett. Roy had previously worked behind its bar about twenty-five years earlier.

When he spotted an advertisement for the pub, Roy didn’t hesitate to make his move. Now he is welcoming old and new customers and offering everything from drinks to meals, including Sunday lunches, plus pool, karaoke and more.

Roy said he is delighted with the way business is going and added that trading is already ahead of his expectations.

Sally Cordell, who opened the fashion boutique Spring fifteen years ago and then went on to launch the adjacent Beauty Room four years ago, has added another string to her bow.

Energetic Sally has thrown open the doors of The March Hare, after revitalising the old Square Bar at the corner of the Market Place. The building had been empty for four years.

The March Hare is open daily, from 8.30am to 5pm Monday to Thursday serving everything from coffee to cocktails, and remains open until late on Fridays and Saturdays.

Sally also plans to start offering bed and breakfast accommodation, in a choice of five rooms at The March Hare in the near future.

Nadia, who spent the last two years as general manager of Huntingdon Racecourse in Cambridgeshire, is delighted to be part of the senior team at Lincolnshire’s only racecourse, which she knows well.

In her new role, she will help to deliver more than twenty race meetings a year, including the popular Ladies’ Days, Summer Plate Day and Boxing Day, as well as continuing the drive for growth across all other areas of the business, including conferences and events.

“Having grown up in the racing industry, I have a lifelong passion for horse racing and I am thrilled to have been given the opportunity to progress my career in the sport further within Jockey Club Racecourses,” said Nadia.

“With its great racing, popular music nights and super facilities, there is huge potential to do more at Market Rasen.”

Singing legend Sir Tom Jones, who has recently appeared as a coach on BBC One’s The Voice is due to perform at the county racecourse on the evening of 15th August.

Nadia will be reporting to the JCR’s east region director, Amy Starkey, who is responsible for the running of Newmarket’s Rowley Mile, Newmarket’s July Course, Huntingdon, Market Rasen and Nottingham Racecourses.

“Nadia’s commercial and management experience within the east region of Jockey Club Racecourses and in the wider racing industry will be an invaluable asset in her new role,” she said.

SPECIAL ENVIRONMENT
The River Rase, which runs through Market Rasen, is one of the world’s rare chalk steams.

This precious environment is fragile, but efforts are underway to protect it and people can do their bit to help.

England has the majority of the world’s chalk streams – about 224 – the rest are mostly situated in the north of France. Their name makes sense when you understand that they are formed by spring water that has been filtered through chalk geology.

Nationally and internationally protected, chalk streams are important habitats for wildlife and support a huge range of plants and animals. They have characteristic plant communities, often dominated in mid-channel by river water crowfoot and starworts.

The Lincolnshire Chalk Streams Project is a partnership organisation set up to maintain and improve these delicate habitats and it undertakes major work on Lincolnshire’s chalk streams and, with the help of grant funding, now has over twenty volunteers carrying out riverfly surveys to monitor the health of the water.

A spokesman said: “The River Rase, like many of Lincolnshire’s chalk streams, is unfortunately under threat from a number of different factors, such as pollution, over-abstraction and modification (for example, straightened from the days of the mills, hence the name Papermill Lane).”

But he added that people are welcome to find out more and discover how they can help the River Rase by visiting the website http://www.lincswolds.org.uk/chalk-streams/lincolnshire-chalk-streams.