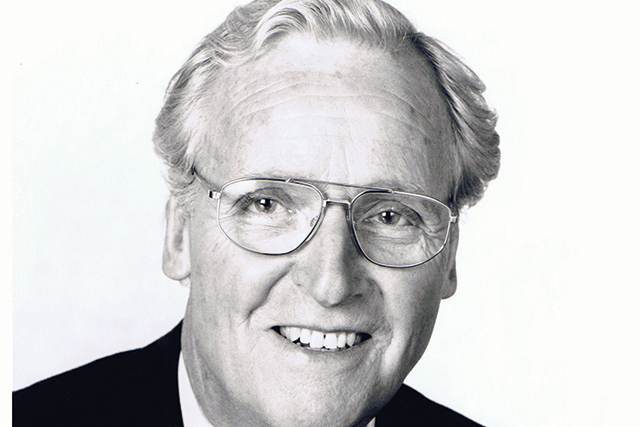 No hesitation or deviation from life on stage

He’s been entertaining the nation for more than seven decades but veteran performer Nicholas Parsons tells Kate Chapman he has no plans to slow down, crediting his work for keeping him on his toes.
The 95-year-old, who originally made his name as an actor in the West End, has been presenting the Radio 4 panel show Just a Minute for more than 51 years, only missing two of its 1,000 episodes due to a bout of flu.

Grantham-born Nicholas oversees proceedings as guests try to speak on a given subject for 60 seconds ‘without hesitation, repetition or deviation’, but says it could easily have been a different story as he wasn’t the first choice host.

“Originally, I was going to be on the panel, but Jimmy Edwards was never free on a Sunday, so they were never going to get him,” he recalls.

“Somehow the producer David Hatch persuaded the BBC bosses to give it a go; he really put his career on the line.

“The only thing they liked about the pilot was the chairman and I said to David that I was awful, and he replied that so was everyone else!

“But you don’t turn down a good job when you’re offered one. I was finding my feet in the early series, now I’m more relaxed and really into it – it’s my favourite job.”

As far as Nicholas was concerned the only career for him was show business, although his parents begged to differ and when he left school at 16 he was sent to Glasgow to train as an engineer.

He worked hard during the days, and just as hard in the evenings taking on various acting and performance roles to gain experience and hone his craft.

“I was born at a time when you didn’t do what you wanted, you did what you were told,” he says. “My parents thought I was a bit of an idiot, always fooling around trying to get laughs.

“I only ever wanted to be an actor but my father said ‘don’t be ridiculous, that’s not a proper job’.

“I told them to think of the people they admired like Laurence Olivier. Although they accepted that, they said ‘think of all the other awful people they have to work with’.

“It was an uncle who intervened; I was very creative, I had a lot of tools which I used to do DIY for my mum and I’d learnt how to take grandfather clocks to pieces, and he said why didn’t I become an engineer? I thought at the time if I couldn’t be an actor, I didn’t give a damn what I did.”

Nicholas spent five years in Clydebank, Scotland, trying to fit in and survive. He left his professional, middle class family behind, found some digs and admits that mixing with the locals was akin to speaking a different language.

“I was a complete oddball to them with my English accent,” he recalls. “It was a journalist who pointed out to me that I must have survived it because of the actor in me – when you go out to face an audience, you’ve got to get that audience on side. If I was going to survive in this tough environment I needed to make friends, have them embrace me and somehow I did it; they became my friends, they were great characters.”

A combination of stress due to working long hours and a lack of nourishment meant Nicholas became ill. He spent five months convalescing and on his return to London at the end of the war, when he was questioned by his parents about his future plans, replied that he’d qualified as an engineer to please them – now he was going to please himself.

He started responding to adverts in The Stage newspaper, knocked on management doors and attended numerous auditions.

He began as a serious actor and then moved into solo cabaret work, before becoming a stand-up comedian at the Windmill Theatre and working in variety shows.

He made his name as an actor as the straight man in a TV double act with Arthur Haynes during the late 1950s and 1960s. When the two went their separate ways after almost a decade together Nicholas returned to the stage, in West End productions such as Boeing-Boeing, before becoming a regular on The Benny Hill Show. He then went on to present the hugely popular gameshow Sale of the Century on Anglia Television, which ran from 1971 to 1984.

In December 1967 he began hosting Just a Minute and has also appeared in Doctor Who, The Comic Strip Presents… and Marple: The Pale Horse as well as guest presenting Have I Got News For You.

But don’t mention the word retirement – Nicholas has no intention to stop entertaining, and he’s also hoping to return to his birthplace.

“I’ve been back a few times and have very fond memories of the place. I’ve been approached about doing a road trip and bringing my daughter back to see various places in there,” he adds.

“We lived at 1 Castlegate – the top floor looked out over the little green where they would gather for hunts. I know things always look bigger through a child’s eyes, but I remember when I went back once, I was just amazed at how small this green was!

“I’ve got very good recall, even for places that I haven’t been to for more than 80 years – I particularly remember one shop called Harris’, where I used to go and spend my pocket money on farmyard animals!”

Nicholas is due to take his comedy chat show The Happy Hour back to the Edinburgh Festival Fringe again this year and will also be touring with his one-man comedy show around selected venues.

He added: “I always think the way to keep young is to have an active brain – I have no back up on Just a Minute, I have to be ready if someone is challenged, I need to know what happened and it keeps me on my toes!

“I do believe people who retire from a job in their 70s and then just potter about, end up pottering themselves away.

“I like to keep moving; I love going to Edinburgh each year, there’s always such a lovely atmosphere, and now I just ensure that I give myself a good break between shows. It’s the same when I’m on stage doing my one-man show – I have a stool now, so I can stand and squat.

“Most people in this profession stick to one kind of thing, but I’ve always spread my talent across a very broad spectrum and I truly enjoy it.”