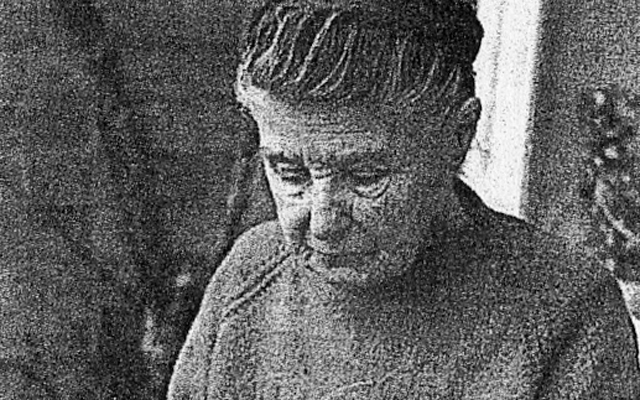 WINIFRED HEATH
Born in the Lickey Hills in Worcestershire on Christmas Eve 1892, Winifred Heath was orphaned at a very early age leaving her to be brought up by a strict spinster aunt.

She became a student nurse at one of the London teaching hospitals. She described her life in the early part of the twentieth century with great humour, but it must have been tough. Once qualified, she went to India as a missionary nurse. She would tell her stories of life in India at that time in graphic detail but her obvious love for children and animals would always shine through. After a very severe illness she was forced to return to the UK where she became District Nurse at Chesterton in Cambridgeshire before taking up a similar position at Nettleham where she became a greatly loved pillar of the community.

Like most people in her profession at that time Miss Heath travelled all over the district by bicycle, but eventually she acquired a small car. ‘Heathie’ as she was always known was said to be blunt, hardworking and dedicated, with a special affection for those less well off members of society.

She was a member of the Lincolnshire Naturalists’ Union and in retirement spent most of her time raising funds for that organisation. In her honour the Trust renamed Bratoft Meadows, Heath’s Meadows, which pleased her enormously. All botanists admire its rich grassland flora through the seasons.

Winifred Heath also volunteered with the RSPCA, the Donkey Sanctuary, the Lincolnshire Fieldpaths Committee and the Lincolnshire branch of the Council for the Protection of Rural England. Miss Heath was a nurse who loved helping and working with people; they were the family she never had. She died in 1988.

EDITH SMITH
Before the emergence of female police officers, there existed in Grantham an organisation known as the Voluntary Society of Women. These volunteers were needed because Belton Park was used as a military training camp and, at the outbreak of the First World War in 1914, 14,000 soldiers were stationed there. This attracted large numbers of prostitutes to Grantham, with brothels opening all over the town and women roaming the camp at night.

This sudden increase in the population caused considerable public order problems. The leader of the Voluntary Society of Women was Margaret Damer Dawson and her brother-in-law was staff officer at Belton camp. This conveniently led to Mary Allen and Ellen Harburn being directed to patrol the streets of Grantham and the area around the camp. To begin with they were funded by the local ladies committee and merely tolerated by the Chief Constable. However they quickly proved themselves and were publicly praised by the camp’s commanding officer, Brigadier-General Hammersley.

In May 1915 Mary Allen and Ellen Harburn were sent to Hull and an ex-midwife, Edith Smith, a widow with one son, and a Miss Teed replaced them. In November 1915, at a meeting chaired by the Bishop of Grantham and attended by Margaret Damer Dawson and Lady Nott Power – who was described as Patron of the Women Police Society – the Bishop declared that the women police deserved support from public funds. He said that the work of “keeping young girls from temptation and evil must be done by those who, because of their position in life, would have tact, delicacy, firmness and promptitude.”

The Chief Constable agreed that women police should get official status “for their arduous and unenviable duties”. Miss Teed had already resigned and so, on 29th November 1915, Edith Smith was sworn in and became the first professional woman police officer in Great Britain.