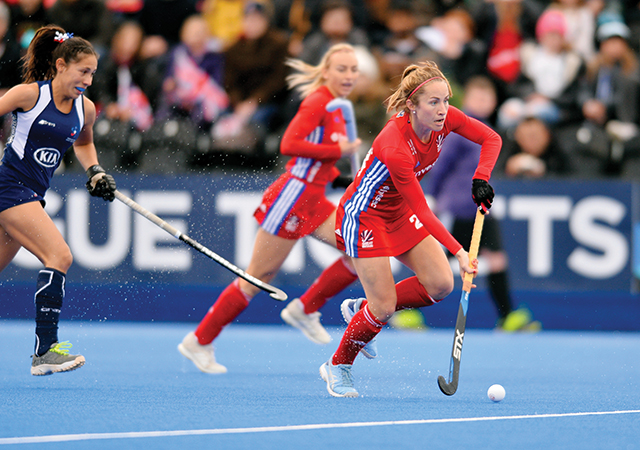 Olympic trap shooter Aaron Heading is set to make his Olympic Games debut at Tokyo having already been selected as part of Team GB.

Aaron, from Long Sutton, is a three-time World Championship medallist, a Commonwealth champion and has been ranked number one in the world. He was nine when he first picked up a gun and since qualifying for Team GB just three years later, has won numerous medals on the domestic and international scene, including gold at the 2010 Commonwealth Games.

But only a few years ago he was left contemplating retirement when his dreams of competing at the Rio games were shattered after he almost lost his leg in a motorbike accident. Following a loss of form, he focussed on volunteering with the Sutton Bridge Coastguard, saving lives and helping those in danger, which he credits with giving him a new sense of perspective and got his shooting career back on track.

He has since won two World Championship medals – a mixed trap pair bronze in 2018 and team bronze in 2019 – while at the 2018 Commonwealth Games, he collected individual silver. Aaron also works to get more people involved in the sport at The Priory Clay Target Centre, in Sutton Bridge, which he took over with wife Natasha in 2015.

Shona McCallin was part of the history making women’s hockey team who collected their first Olympic gold medal at the last games in Brazil. Born in Grantham, Shona picked up more than 80 national caps at under-16, 18 and 21 level as well as claiming four European Championship medals, including gold in 2015.

She was quite young when her parents encouraged her to try various sports and started playing hockey in Newark when she was seven. As well as playing for Notts County and the Midlands region she also played football for Lincoln City but had to choose between the two when she was 14. Shona chose hockey because she felt the pathway to progress was more structured and made her debut for the national senior squad in 2013.

Since then she’s represented her country in the EuroHockey Championships and World League Final and won gold at the 2015 Euros, as well as that historic win in Rio.

The team beat defending champions the Netherlands in a dramatic penalty shoot-out to secure their first Olympic gold medal and it was extra special for Shona who made her 50th international performance during that match.

Hailed as one of the finest hockey players of his generation, Adam Dixon was appointed captain of England and Great Britain’s men’s hockey team in 2019 and will hope to lead the latter to a first Olympic medal since Seoul 1988 when they head to Tokyo.

A consistent performer, Adam, who hails from Newark-on-Trent, has already guided Great Britain to some impressive results against some esteemed opponents as well as helping them qualify for the summer games.

Adam, who plays club hockey in the Men’s England Hockey League Premier Division for Beeston, is only one of two members of the team that famously won European gold with England in 2009 still playing internationally. He has played in nearly every major tournament since, including three World Cups and the 2016 Olympics.

Eventer Ros Canter is hoping to make her Olympic dream a reality by competing in her first games this summer. Over the past few years Ros, who lives near Louth, has enjoyed many successful outings as part of the Great Britain Nations Cup team and in 2015 rode Allstar B at Burghley for the first time, where the pair won the prize for the best British first-timers. They competed again in 2016, when Ros was also selected to travel to Rio as part of the Ambition Programme, for a behind the scenes look at the Olympics.

In 2017, riding Allstar B, Ros finished fifth, best Brit and highest placed female rider at Badminton. This earned the pair a place on the British team for the European Championships in Strzegom, Poland, where Ros finished fifth individually and won a team gold medal. More success followed with the 2018 season culminating in her being crowned World Champion. Ros spent the early half of 2019 on the sidelines after having her first baby but was back in the saddle a month later. As well as the Olympics she is also hoping to compete in this year’s European Championships.

Bourne-based Paralympic dressage rider Roberta Sheffield has dual nationality and is hoping to represent Canada again at this year’s Paralympic games with her ride Fairuza. Bert, who has rheumatoid arthritis, is an International Grade 3 Para-Equestrian dressage rider and also competes in able-bodied British Dressage competitions up to Advanced Medium level. She competed as part of the Canadian team at the 2018 World Equestrian Games, the 2016 Rio Paralympics and finished fourth individually at the 2014 World Equestrian Games, the same year she won the British Dressage Para National Championship.

Bert is currently part of the Equestrian Canada National Team Program and is also a qualified riding coach and experienced trainer. She is excited about the prospect of a second Paralympics having won and been placed at many of the Tokyo Paralympic qualifiers around Europe.

Although she won’t be competing herself, Boston’s Melanie Marshall will be at the games in a coaching capacity with GB swimmer Adam Peaty. Melanie’s own international career kicked off at the European Youth Olympics in 1995 where she won four gold medals. She also made a splash at senior level and was ranked number one in the world in 2004, breaking the British 200m freestyle record in the same year. She competed at the 2004 and 2008 Olympic Games and has five Commonwealth silver medals to her name plus two bronze medals. After retiring from competition in 2008 she became head coach at City of Derby Swimming Club where she first began coaching Commonwealth, European, World and Olympic champion Adam Peaty when he was 12. In 2014 Melanie was International Swim Coach of the year and two years later she joined the Loughborough National Swimming Centre as lead coach.