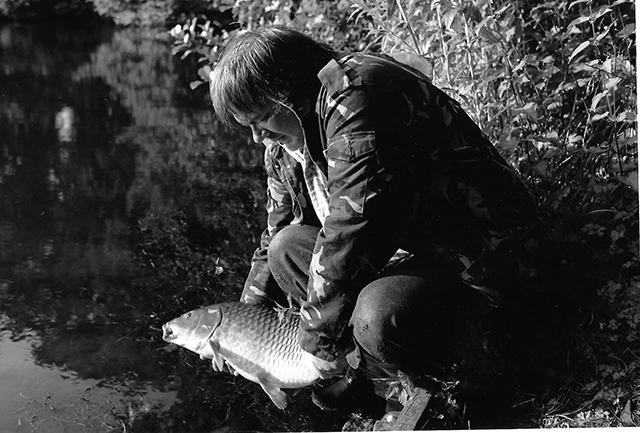 Going back a century or so, most of the carp that were in British waters were of the wild strain. These fish were fully scaled, long, slim fish – we refer to these today as ‘wildies’. They were part of the diet of Christian monks, who once a week on a Friday would go along to a specially dug pond called a stew pond. There they would catch carp for the dinner table.

Carp stocking and fishing started to really take off in the ’50s but in the early 1900s there was a fish farm in Lincolnshire that was selling other species of carp. This company, Manor Fisheries, based near Caistor, was importing carp from Holland. The owner was Thomas Ford. The business was sold in 1907 to the Surrey Trout Farm, owned by Douglas Leney and later his son Donald. The firm became famous for supplying many of the waters in the UK with a strain of fast growing carp called king carp. The carp supplied by the Surrey Trout Farm were also referred to as ‘Leneys’.

Each carp species has its own distinctive features and can easily be identified. The main carp that we fish for here in Lincolnshire are: common carp, mirror carp, leather carp and the smaller crucian carp.

COMMON CARP
Common carp are native to Europe and Asia and have been farmed for food dating back to Roman times. In the UK these days, thankfully, this is not the case and they are now stocked in our waters for angling. The common carp is covered with even scales of a bronze colour, has four barbels on its mouth and a long dorsal fin on its back. They have large mouths that enable them to gulp down large baits and foodstuffs.

MIRROR CARP
Mirror carp are almost identical to common carp but with fewer scales. The scales are irregular and patchy and most of the scale patterns are not the same, giving each fish character. Mirror carp tend to be more rounded than common carp. They also have large mouths but with two barbels. The lack of scales on the fish are thought to be a result of monks breeding carp for the table – they bred them so that fewer scales had to be removed before the fish were eaten. Mirror carp grow to very large sizes and the world record for this species is 108lb, caught in Hungary at the Euro Aqua fishery.

CRUCIAN CARP
The crucian is the smallest of the carp. It is hump-backed and has a lovely golden or bronze body colouring. It is a fully scaled fish with a long dorsal fin that is slightly convex. Unlike the commons, leathers and mirrors, they have no barbels around the mouth.

Carp anglers in the rest of the UK have a lot to thank us for here in Lincolnshire. I wonder what the carp catches would have been like today if it had not been for Thomas Ford of Manor Fisheries near Caistor.

Little do many of the modern day carp anglers know that there was a Lincolnshire angler who played a large part in the development of carp fishing tackle and catching these fish. This angler was the boyhood envy of myself and later was to become a very good friend. In the August issue I will write about early carp fishing methods and the part my friend played in their development.