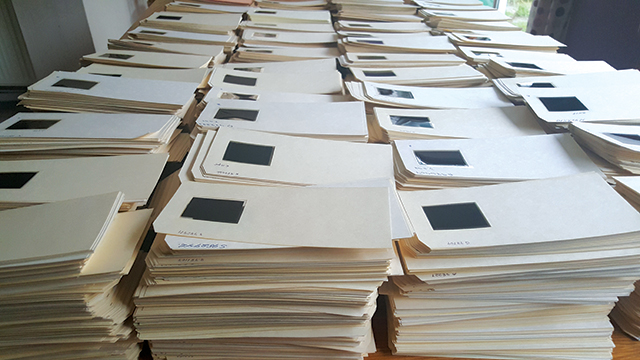 To Fly – To Educate – To Remember
Exhibiting in the Heritage Hangar at Scampton Airshow will be The People’s Mosquito, an organisation with the objective of returning a de Havilland DH.98 to British skies.

Lincolnshire Life spoke to Bill Ramsey, operations director of The People’s Mosquito and former Wing Commander of the Red Arrows, pilot for BBMF Lancaster and pilot for the final Vulcan flights.

“When the Mosquito began production in 1941 it was the fastest operational aircraft in the world. Only the development of jet fighters a couple of years later challenged its pace. It is a remarkable testament to the brilliance of Sir Geoffrey de Havilland’s design that the Mosquito was manufactured from 60% wood, mostly Canadian Yellow Spruce, balsa and birch plywood (a more plentiful material than metal at this stage of the war) producing a lightweight aircraft, powered by twin Merlin engines,” said Bill.

More than 7,700 Mosquitoes were built in Great Britain, Canada and Australia, serving originally as precision bombers but their multi role capabilities saw them used operationally as night fighters, pathfinders, reconnaissance aircraft and for low level missions. Mosquitos were flown by other air forces all over the world and by the RAF extensively from Lincolnshire bases. Wing Commander Guy Gibson was flying a Mosquito from RAF Woodhall Spa on his final flight in September 1944.

Three Mosquitoes are currently flying, one in Canada and two in the USA. A Mosquito has not flown in the UK since 1996 when the last remaining aircraft of its type, owned by British Aerospace, crashed during an airshow, sadly killing its pilot and navigator.

Bill said: “In late 2011 John Lilley, warbird enthusiast and part-time aircraft restorer who had worked on the Imperial War Museum’s Mosquito at Duxford, casually tweeted that he would love to see the aircraft take to British skies once again. The ensuing Twitter storm was the motivation for John and three other devotees to register The People’s Mosquito as a charity in 2012. John is chairman of The People’s Mosquito, along with Ross Sharp, director of engineering and airframe compliance and myself, operations director. There are many more individuals and volunteers who are busily working to raise awareness and funding for the restoration.

“The restoration will utilise some metal components from the remains of NF.36 RL249, one of the very last batch of Mosquito NF.36s to be built, which had crashed and burned at RAF Coltishall, in February 1949, while serving with No.23 Sqn. The People’s Mosquito will be created as an earlier mark of the aircraft. Of course, all of the wooden structure of the aircraft will have to be built, a challenge which would be nearly impossible except for the existence in New Zealand of a restored set of fuselage moulds and the recent discovery in the UK of a secret wartime archive of design drawings.

“We were contacted via our website by an aircraft engineer from a well- known company. In an overlooked corner of one of their buildings, which was a de Havilland factory during WWII but now due for demolition, was the forgotten archive of over 20,000 engineering drawings for the Mosquito. Stored on micro film aperture cards, they contain not only the technical specifications for models in production but also designs for other wartime variants. Representatives from The People’s Mosquito had just hours to rescue the once top secret archive before the find might have been lost forever. The drawings range from the simple and unremarkable to complex wiring diagrams which will aid the restoration project immensely. Restoring an aircraft that is seventy years old presents many challenges, one of which is the lack of information on the building techniques, materials, fittings and specifications but we can now glean a new level of understanding and connection with the brilliant designers who developed the world’s first, true, multi-role combat aircraft.

“The timescale to once again hear the sound of twin Merlins returned to airshows around the UK will be several years, at an estimated cost of circa £6m. To date wing ribs have been constructed and many British companies will be involved with the manufacture of components and sourcing engines and propellers. The fuselage will be built by Aerowood Ltd in Auckland, New Zealand where the aircraft will be assembled and test flown. Finally, The People’s Mosquito will be shipped by container to the UK to begin to achieve CAA accreditation and a Permit to Fly.

“There are many ways in which people can support The People’s Mosquito, from purchasing merchandise to donations and sponsorship. Please come along to our stand in the Heritage Hangar at Scampton Airshow. A selection of the plans will be available for viewing as well as parts of the original aircraft and the newly constructed wing ribs.”

To learn more about this exciting project visit www.peoplesmosquito.org.uk and sign up to the e-newsletter to discover more of their hidden stories.

CRAFTSMAN MADE
The Mosquito was all British made and required the skills of carpenters, cabinet and furniture makers rather than metal fabricators and casters. Men and women who only a few months earlier had been building furniture and mending pianos were deployed at long established companies such as Waring and Gillow, applying their wood working skills to the war effort to manufacture parts for the Mosquito in their London factory.

Canadian Yellow Spruce was one of the main timbers used for the fuselage but as many as half a dozen other types offered their own qualities for different components. The ply construction was held together with a milk protein based glue called casein which in itself ultimately led to a delamination which could occur under certain climatic conditions and cause failure of the fuselage. Twenty-first century glues, fasteners and laser-cut wood will ensure that this Mosquito will be built to even higher tolerances than those of the past.