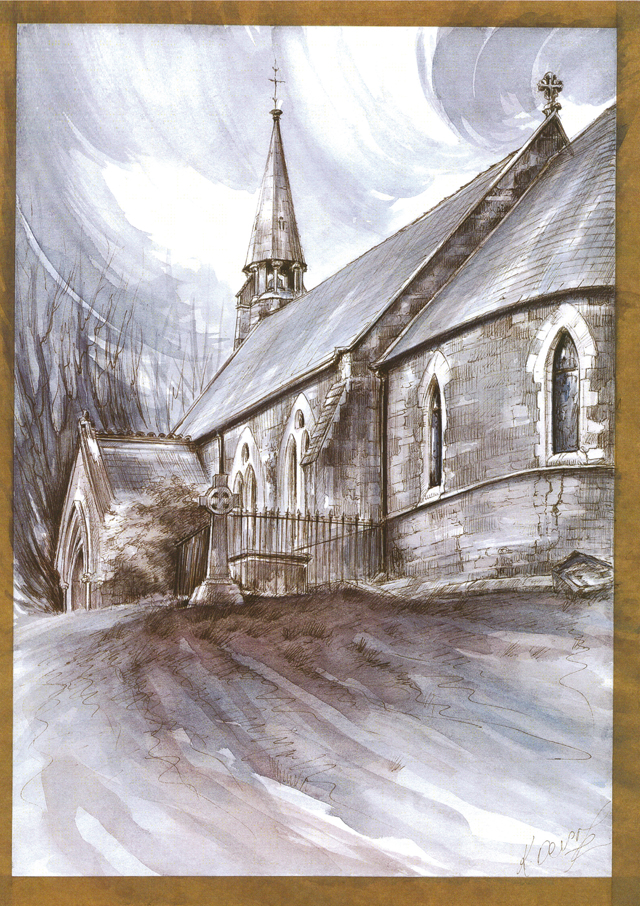 Reconnecting people to the land

Nature and the arts complement each other perfectly at Woodlands Organic Farm, where owner Andrew Dennis has created a beautiful rural oasis to help people connect with the countryside around them.
Fourth generation farmer, Andrew practices an open farm policy on his 690-hectare farm at Kirton, five miles south-east of Boston, and encourages visitors of all ages to embrace the great outdoors and get back to nature at every opportunity possible.

Woodlands is an award-winning mixed farm; alongside a wide range of organic vegetables and salads, which are sold across the county as part of a successful box scheme, there is a pedigree herd of organically reared Lincoln Red Cattle, Lincoln Longwool Sheep, Curly Coat Pigs, rare breed turkeys and chickens living side by side.

“I’m fascinated by food production,” explained Andrew. “This lies at the heart of the farm. But I’m also keen on finding ways of reconnecting people to the land – so they come to feel something for it. If there’s a sense of identity and affection felt for it, there’s more chance of protecting and preserving the land for the future.

“We try, through our open days and school visits for example, to get people onto the land so they can directly experience it first hand – and they do come away changed. It’s wonderful when this happens.”

In a bid to get people young and old looking at their surroundings differently, Woodlands has joined forces with various bodies to run a full arts program, which has seen the farm play host to a series of different musicians, artists and photographers over the years. This has included painter Rosie Redzia, writer Clare Best, and cellist Glenis Malkin who inaugurated the first classical musical concert at the farm in 2006.

More recently Andrew has forged links with the University of the Third Age.

“We’re always looking for new ways of celebrating the land, farming and the rural way of life and helping people look at things differently,” he added. “Our initiative with the University of the Third Age, which meets regularly at the farm, is one way of developing links with older people living in our community. They have so much wisdom to pass on. I think it would be a great pity if this was overlooked.

“In the coming months we’ll also be hosting a series of photographic workshops, poetry days and a new Turtle Dove project run in conjunction with the RSPB – the idea being to provide the habitat necessary to attract this beautiful bird back to our area.”

Situated on Lincolnshire’s renowned flat silt fields and reclaimed from the sea by the monks of Crowland Abbey more than 900 years ago, Woodlands dates back to around 1870, when it was started by Andrew’s great-grandfather, William Dennis.

“My great-grandfather was a migrant farm labourer who walked to Kirton from Horsington, near Woodhall Spa, to earn his fortune,” explained Andrew. “He worked first for a potato merchant, and laboured on the land before earning enough money to buy a field. Then he bought another field and went on until he had enough land with which to set himself up as a farmer. Today he’s perhaps best remembered for his innovative work with the potato along with his philanthropy.”

Andrew took the decision to convert Woodlands Farm to organic in 1996.

“When I started farming here the farm was run quite differently in a fairly intensive way. I guess like every generation I wanted to do something different; on the other hand I believed there existed sound environmental reasons for making a change. I still do.

“For one thing, the cost of producing cheap intensively farmed food was becoming ever more apparent – in terms of its potential damage to the soil, the landscape and human health. It seemed to me that organic farming offered an alternative approach which addressed some of these concerns. There were also philosophical reasons. In many walks of life at that time there appeared to be a shift taking place from quantitative values towards more qualitative values. Organic farming seemed part of this movement. The timing just felt right.”

Woodlands is a mixed farm: “I guess it’s a bit unusual to farm both crops and livestock on the fertile Lincolnshire fens but livestock fits brilliantly into our organic rotation. It helps fertilize the land in the absence of artificial fertilizers which organic farmers don’t use. So fairly early on we decided to recreate the pedigree herd of Lincoln Red Cattle that had been here up until the 1960s. Today turkeys, sheep and chickens all play their part in our traditional crop rotations.”

More recently a pilot project has seen 300 acres of the farm given over to the biodynamic farming approach, a system of farming Andrew describes as ‘organic plus’.

“In many ways I see the biodynamic project as a deepening of our commitment to ecological values. While some biodynamic practices might seem slightly esoteric, the biodynamic practice of, say, working with the cycles of the moon was observed in this country until relatively recently. Of course, the chief consideration is whether it works or not and so far so good. The health and vitality of the crops is palpable and I think the general feel of the place is very positive. Interesting stuff.”

The farm supplies wholesale and retail outlets across the country. It also supplies customers directly, through farmers’ markets and its organic veg box scheme which delivers boxes of Woodlands produce throughout Lincolnshire and within a fifty-mile radius of the farm. It has around 1,700 regular customers on its rounds.

Staff grow, pick, pack and deliver the produce to the door the next day – even tailoring boxes to individual needs. The Woodland’s team prides itself on attention to detail, and includes copies of its monthly newsletter, poems and seasonal recipes as ways of connecting people to the countryside. A new range of organic and biodynamic grocery items has also recently been launched.

Andrew concedes that organic farming can be challenging (crop yields tend to be lower, sometimes by up to half) but this doesn’t necessarily mean organic produce will be more expensive.

“Far from it,” Andrew explains. “Food prices these days are governed not by what you buy but where you buy. An organic box of vegetables delivered to your door will cost you no more, and often less, that it would cost you to buy the intensively farmed equivalent in a supermarket.”