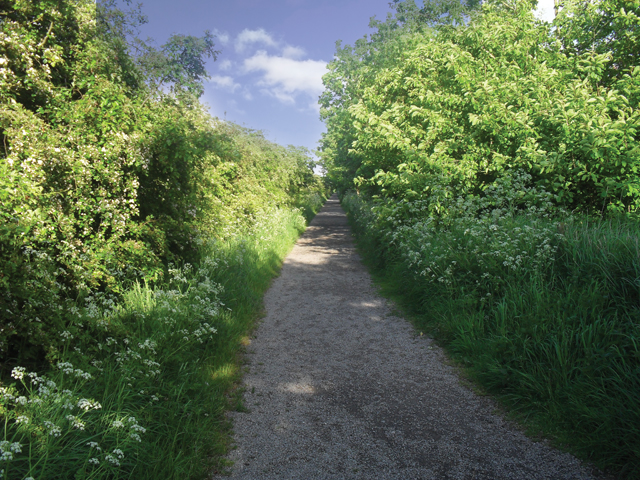 Freiston Shore, near Boston, has attracted visitors for centuries but their reasons for coming have changed significantly over the years.
Standing on the seabank, looking east out to the distant Wash, today’s visitor will see lagoons with wading birds sifting the mud around the edges for food; islands perfect for nesting and roosting seabirds; and more seabanks surrounding wide areas of wetland and salt marsh which provide a permanent and temporary habitat for many species of bird all year round. Beyond the banks the salt marsh extends, its tidal creeks and pools stretching out to the sea. The peace and quiet may be broken by the penetrating calls of redshank and oystercatchers contrasting with the distant cry of the curlew out on the marsh.

Indeed, for anyone visiting Freiston Shore today it can be hard to imagine it as a busy bathing resort with a sandy beach, bathing machines and regular horse racing events along a sweep of golden sand. However, throughout the nineteenth century this is exactly what a visitor would have found; long views of the beach or, at high tide, the sea up to the foot of the bank and out as far as the eye could see. The sounds then would have included the chatter of many people coming and going, children playing and, sometimes, crowds cheering on the riders in the races.

The resort was one of the earliest and most popular bathing beaches in Lincolnshire, with two hotels where one could get heated seawater baths for the treatment of many ailments and where bathing machines were provided so that you could undress and slip discreetly into the water for total submersion treatments. The hotels catered for invalids who considered sea bathing and ‘taking the waters’ to be helpful in their treatment. The Plummers Hotel is still standing and is a guest house today. The Marine Hotel is unfortunately just a shell. They were built just behind the seabank and had bridges to the top of the bank, so that their customers could walk directly out for a promenade in the bracing sea air. Of course, it is likely that it was the fresh air and exercise that helped the ailing rather than any amount of seawater they drank!

Not all visitors were there for their health; some came to further their social status, to be seen in fashionable society, to find a spouse and make connections.

Horse racing events were held at least four times a year on the sands and the resort attracted visitors from cities such as Nottingham and Leicester, who could get as far as Boston on the Turnpike from which it was just a short gig ride to the Shore.

However, in the 1880s the sandy beach slowly began to disappear as the salt marsh surrounding the area began to spread following engineering works further along the coast. Consequently, over the next few decades, visitor numbers began to dwindle. The end of the resort was made a certainty by the opening of rail links to Skegness and Mablethorpe making travel there a much easier prospect than Freiston. The hotels remained open until the Second World War when the focus at Freiston became defence rather than frivolity, with the construction of pillboxes, gun emplacements and searchlights – the concrete foundations of which are still there today.

The next big change to the Shore came in the 1980s when it was one of the last areas of the Wash to be reclaimed from the sea for agriculture. An outer bank was constructed and was an extension of one built in the middle of the century just to the south by young male offenders known as the Borstal Boys. However, this new outer bank had been built in a place that was vulnerable to storm tides and it needed to be repaired regularly. In 2000, just twenty or so years after the bank was constructed, the Environment Agency published its Shoreline Management Plan which identified the northern part of the Freiston Shore reclaimed area as at serious risk from flooding. While in most areas reinforcement of the seabank was considered the best way to protect the surrounding land, at Freiston a managed realignment of the sea defences was chosen as the best way forward. This involved breaching the new bank and allowing the salt marsh to re-establish, thus providing a buffer between the open sea and the old seabank further back. The old seabank was reinforced and the new bank was broken through in three places, allowing the seawater back in.

As material for the realignment was dug out to strengthen the old bank, a large lagoon was created. In 2002 management of the site was handed over to the RSPB and they began by modifying the lagoons to make them useful to wading bird populations. They added shingle topped islands and they carefully manage the water level in the lagoon area in order to ensure that the water is brackish, a habitat which is scarce throughout Europe. The islands are flooded over winter, which keeps the vegetation down and ensures that bare shingle is left in spring which is important for ground nesting birds, especially the common tern for which there are only two nesting sites in the Wash: Snettisham in Norfolk and Freiston Shore itself. The lagoons are now proving their worth as a residence and stopover for migrating winter birds, a star species being the black-tailed godwit with 6,000 recorded there last winter – up to sixty per cent of the entire British population.

Beyond the lagoon area, over the furthest seabank, is an expanse of 160 hectares (around 395 acres) of salt marsh. The 100 hectares outside the breached bank are the natural salt marsh that began to spread over the sands in the late 1800s. The area is recognised nationally as an important habitat, being designated as a Site of Special Scientific Interest (SSSI), protected under European law as a Special Area of Conservation for the salt marsh habitat, and as a Special Protection Area for the rare and vulnerable bird species it attracts. It is also recognised as an internationally important wetland area under the Ramsar Convention.

The other sixty hectares of salt marsh are inside the breached bank and have been re-established over the last eight years since the sea has been allowed back in. The next step is to make this as good as the older section.

John Badley, senior site manager of the Lincolnshire Wash Reserves has plans to improve the new section over the next year. “While the vegetation in the new section is pretty much how we would like it, we would like to improve the network of creeks that runs through the marsh. Since the marsh had only been turned over to agriculture twenty years before we wanted to turn it back into marsh, there were photographs showing where the original creeks were. We reinstated the major ones but now we would like to put the smaller ones back in and create pools, raised areas and channels which will increase the feeding and nesting habitats on offer to species such as redshank and avocet.” A £20,000 project begins this autumn to get this area in perfect condition.

Visitor numbers to the reserve reflect its quality as an attraction for humans as well as birds. Over 50,000 visits were made there last year and 1,500 schoolchildren were shown around the reserve by the RSPB staff. Adult learning groups also visit and there is a programme of guided walks open to all.

While Freiston Shore’s resort days are gone, becoming a reserve has given it a revival as a place for enjoyment and healthy pursuits with horse racing and sea bathing being replaced with walking and birdwatching. Thankfully you don’t have to drink the seawater to experience the benefits.