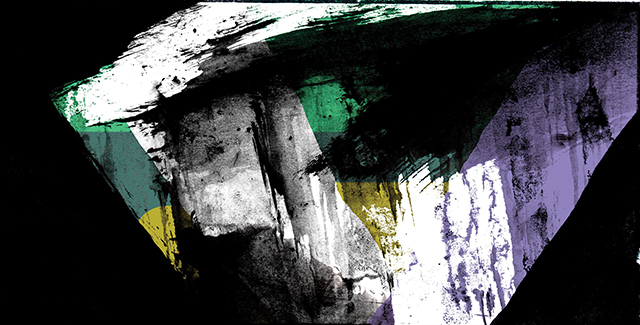 Solvitur ambulando – It is solved by walking – January 2022

Storm Barra is still raging – there’s no protection on the outmarsh – the wind has a sharp, screaming edge – squalls forecast later – the ideal day to be in search of an Iron Age settlement – an ancient herringbone overcoat and a pair of boots that draw the cold, a rucksack of treats.

Slow, deliberate going – eyes down – it’s a good time to be looking for fragments of pottery – the ploughs have turned the earth and the rain has rinsed anything that settled to the surface. Everything is interesting – two stems of clay pipe? Lovely stuff! Microliths of Victorian china? Yes, please!

The gulls can’t cope – sudden great gusts cut flocks into pieces – there’s a magpie bunkering into the junctions of an ash tree – the traffic on the main road is staggered behind a tractor – the big sides of a yellow lorry ripple and rattle – there’s a bunker of flowers that mark a car crash, just holding on.

The wind has a corrosive edge – gloves would be nice – fists buried deep in herringbone – spits of rain, the odd snowflake, late leaf scatter gushing along – getting harried by the elements. A few moments’ shelter by a ruinous brick wall – a yellow sign – YOU ARE BEING WATCHED – of course – a rasping magpie and the wind are the only witnesses.

There are two monuments a little apart – one to a young Georgian lad, the other, a figure of a woman in Roman clothes, right hand missing – marble, bright – her story is uncertain – perhaps a folly – perhaps not – one tradition suggests a lost heart – Lincolnshire folklore is slippery at best – there are horses in her field in winter surcoats – steaming nostrils – unease at a stranger – the sort of place geocaches get hidden if you are into that sort of thing. The White Lady looks north over an 18th-century farmhouse and over the earthworks of two deserted villages and three monastic sites – a lot going on for a square mile or so.

Trudge on – ghosts can wait for finer weather – there’s run-off coming down the tracks – ice in the ruts – an oblivious robin, scratting for bits – hoof prints against the grain – the big fields are very dark red heading to purple – rich, thick furrows. Have a nosey – machine shattered flint and chalk for the most part, a couple of nice chunks, a couple of fist-sized pebbles – an old twist of root.

On – a church would be handy – a porch even – somewhere to brew up out of the wind – a recurring theme of the year’s adventures has been locked churches – some still yet to open since the first lockdown – so it goes – the hollow of a chalk pit provides slight cover – a gulp of flask stale coffee.

A 4×4 crests the next ridge, stops – two men get out and take a look around – they speak about something – a shovel appears – no, a metal detector – they head on over the ridge – everybody is looking for something – trudge on.

That wind comes in sideways – raw, battering – a chestnut tree has taken a pounding – recently too – bare flesh and splinters – half the crown missing, a catastrophic injury, probably a killer blow – it’ll be deemed unsafe, whittled to kindling – shame, the tree is at least three hundred years old by the looks of it.

It’s good to walk rarely used paths – the sign into Hell’s Furze is hardly there – no indication of footfall save a few indistinct tracks – deer probably – something cloven – there’s wire ahead – concrete posts with angles – a thousand phantoms of plastic rag twisting in the air. It used to be a pea factory – something of a local rite of passage – night shifts at the pea factory were easy money – there are still the warehouses and forklifts – shifting cardboard by the looks of it – tinny local radio blasts out of an open shed: Jona Lewie – ‘Stop The Cavalry’ – one of the forklifts has tinsel in the roll cage – good.

The track leads round along Black Leg Drain and under floodlights – a sign reads BEWARE AUTOMATIC BARRIER SLOW and there’s an ominous smell coming from gigantic processing tanks – an excited terrier runs up and down the length of the fence, giddy at the prospect of someone new to bark at – she is called away by an unseen voice – jingles and chunter from the radio, the promise of weather and a traffic update – the wind and the wire do funny things to the sound.

The sky is a mess – fine drizzle changing gear into shock squalls – clouds racing for supremacy. The path folds ninety degrees away from the compound just as Paul McCartney stabs at his infernal synthesiser – ‘Wonderful Christmastime’, the most occult of the popular Christmas hits, fades into the white noise of the weather – onwards.

A pair of what look like old estate cottages – fully decked up already – everyone is very keen this year – not surprising really – there’s an old fella moving things from his car to the house – he masks up, I mask up – being rural is no earthwork against the Weirdness – the Weirdness is everywhere – we exchange cautious, awkward greetings.

A flat track straight ahead flanked with ash trees that opens out either side onto large fields – no fences or ditches – no cover either – the weather howling – no rain but there’s ferocity in the blasts. A 4×4 rumbles toward the main road – those two blokes from earlier, a wave as they pass and north onto the big road north.

There’s some promising flint on the edge of the furrows – a couple of good lumps – enough to knap some arrowheads out of – something catches the sky – something alien in the clay – something made by hand a long time ago – metal – no tarnish. I wash the sod in the nearest puddle and peel away layers of muck – a cross – a small silver cross, 4cm x 4cm, a little hop to hang it from, no decoration. A magpie rasps – instinct kicks in – no good will come of this – I sink the cross back under the skin of the field – onwards.