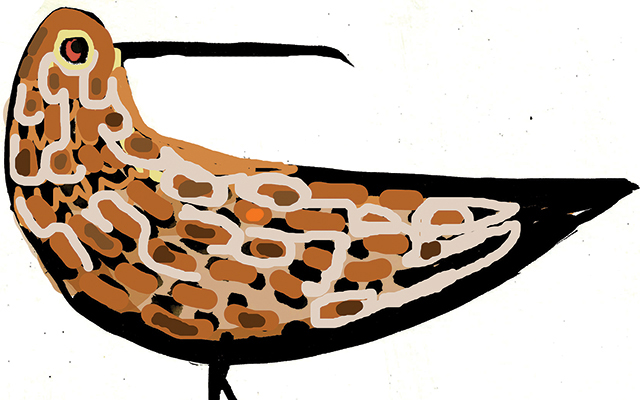 1st January 2019 – grey light in waves across the territory, by Maxim Griffin.
Beyond a branch of Toby Carvery, still twinkling for Christmas – along ring roads, roundabouts and debris decked beech embankments. Grimsby is behind me. Huge concrete decks of waiting white vans and warning signs. You are being watched. No admittance without permit. Jubilee Café – that sounds alright! I could use a plate of breakfast – wrong direction though. On then, upriver. Through the warren of industrial estates, mostly silent, to the path that leads west to the edge of Humber.

The litter of the bushes gives an instant archaeology of sorts. Fizzy drinks bottles, coffee cups, polystyrene flakes, dog ends and worse. Litter is worth paying attention to. It gives one a good indication of a place’s uses. Quiet enough now though. The world is sleeping it off.

The path pulls left around warehouses and opens out to the bank of the river. I call it Mighty Humber. TS Eliot called the Thames “a strong brown god” and the same could apply here. The Humber is made from Trent and Ouse and all their various tributaries – it all flows here, eventually; all the silt and rain, all the flush and energy. The morning is flat grey and the water is ochre. A few gulls.

With industrial places behind, the way along the river is good, a concrete track with occasional redoubts. There’s an element of defence about it – a wall to keep the uncertainties of tidal life at bay. Down in the rubble and shingle a few waders wade – there’s a fella up ahead with binoculars. He’s set up for the day, flask, sandwiches and pack. We nod in greeting. A nod is enough, no need to disturb him, even though I’m sure he can give me the word for the bird I cannot name. Birdwatchers are a mysterious bunch. Solo men with notebooks charting their everyday revelations. I find them strangely thrilling, men like Budden, Baker and Tunt (I’ll leave you to look them up).

An outflow, Mawnbridge. These names on the map are unfamiliar. Moody Lane. Lenzing Fibers. A great chimney rises by the wiggle of Oldfleet Drain. Another out of the way industrial estate. Quiet, grey.
Yorkshire remains a vague shape across the water.

I was hoping for ships. Big ones. New Year’s Day – everything is waiting, the tide is out – if there are big ships waiting, they’ll come with the water.

Back in the war of 1066, Harald Hardrada and the last great army of Vikings came this way. Three hundred-odd longships, armed to the teeth. Only twenty made it back to Norway. Then Robinson Crusoe left this way, on his adventures.

Across the mud, the tiny spur prints of long-legged birds and the call of a curlew – looking at it walking, feet making only the slightest depression in the surface – the mud shakes gently – a gelatinous ripple. Suddenly – an undulation of starlings.

I’m not far off Immingham. I‘d rather not. At least, not today. I double back. The sky is clearing and I can see Spurn Point. The birdwatcher has not moved but the river is changing – the tide is coming.

Two hours later, some navigation – nearly caught out on the wrong bank of the river Freshney – cutting through outer Grimsby and into Cleethorpes around the back of the docks. I want to be near the water – none about – so I hoy myself over a fence and get behind a fish processing warehouse and back onto the wall of the estuary. There’s a game on at Blundell Park and I’m walking between crowd sound and big river. It’s a good space to operate in. An older couple with a wiry terrier wish me a happy new year. On to the promenade, a few folks taking the air. We used to come to the indoor market down here, Dudley Bowers Wonderland – you could buy everything there, and nothing. The shutters are down – steel, sprayed with phallus, a nod to the old gods perhaps.

At sea – the Humber forts, Haile and Bull Sand, dormant, gull flecked as gates through which big ships begin to pass.

It gets busier – I smell chips and pass people with chips. The smell of other people’s chips is one of the greatest – salt and fat and potato, drifting by.

Along the front, sky now reflecting in the filling pools, unlit illuminations, a mouse rides the crescent moon, waving. All the signs in boarding house windows – Vacancies.

I pull up on a bench and watch the ships roll in. Same as it ever was. Strange to think that out there was once a town. Ravenser Od was built very close to Spurn Point and by what information I can find, a fairly piratical place. Important enough to be given a market charter, Ravenser Od served as a kind of stopping off point for fishing boats, traders and desperados, far enough out to be beyond the eyes of the law. It’s long gone. Swept away in the great storm of 16th January 1362 – like so much of this landscape, at the will of the sea and the wind. Indeed, over history, Spurn has never been static – it flaps slowly east and west, wagging like a tongue of mud and sand.

It’s brighter now, clear and fresh – I’ve a lift to catch in Humberstone. Passed branches of various eateries, cinemas and gyms – there’s folk in there on running machines. Passed the ruins of old Pleasure Island. I remember how the rollercoaster made me ill when I was 7.

As with the towns down the coast, Cleethorpes is a little maligned – unfairly so. Humberside was something of a national joke – industrial, weather battered, somehow lacking, a place that people who have never been here sneered at. The American author Bill Bryson didn’t do the area many favours in his book Notes from a Small Island. A shame. There is a grandeur to these places – a grandeur that is, perhaps, a little melancholy at times, but it is grand all the same – elemental, with chips.

From outside a pub I hear Johnny Cash.