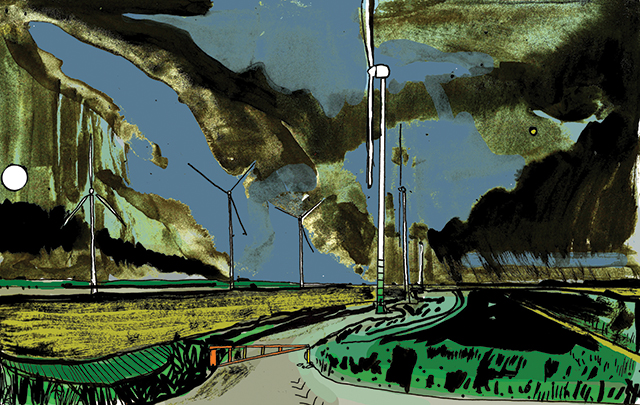 Solvitur ambulando –  it is solved by walking

Walk 2 – Friday 17th March 2017: Overcast, windy with attempts at sunshine.
My rucksack is packed with the required items – water, a packed lunch, coat and flask – and I’m heading out from the Navigation Warehouse in Louth and following the canal. This route is well signposted and easy enough to follow. One can walk from here to the Humber without much difficulty. That would take about 12 miles, or four hours at a good pace.

Along the canal in Louth are the remnants of the eighteenth- and nineteenth-century dock buildings – some are still in use for a variety of light industrial practices. The ones facing the waterway echo Hanseatic styles; squint and you could be passing through Wilhelmshaven or Rotterdam.

Continue with the canal. There’s plenty of wildlife to be seen. Kingfishers are a common sight, as are the odd heron and little egret. It’s the time of year for the ducks to be pairing off – there’s quite a few about today and I regret not having any stale bread to share.

A mile or so along and you’ll pass the back of a reclaims yard. A place not without whimsy. Today there’s a life-size fibreglass tiger guarding the north bank. The owner has erected a couple of monoliths too – the French have a word for this sort of thing, bricolage. It’s nice to see a sustained act of creation and fun.

The walk continues in a pattern. Follow the canal and the signs, cross a stile or a small road, repeat. It could get monotonous and I wonder if such repetition can be off-putting for some. Stick with it. The canal leads you out of town and into the fen. These are peculiar places. An almost sublime flatness takes hold. The sky becomes bigger. Distant turbines catch the light and stand stark against the slate grey horizon.

You’ll pass the Louth sewage works and Alvingham. There are two churches occupying one churchyard here. St Mary’s and St Adelwold’s. It’s a quiet spot and sheltered too; an ideal stopping point for a brew. I push on along the canal, going at a steady and suitably flowing pace.

It’s an enjoyable thing, to walk with the water and let it guide you along. The landscape slowly evolves, flatter and flatter still. Ancient hedgerows on the cusp of flowering, telegraph lines criss crossing to add further geometry to the surroundings. The line of the path, the line of the canal, the line of electricity. In its own subtle way the walk takes on a cinematic aspect and it strikes me to soundtrack this progress. Brian Eno’s ambient album On Land is ideal for this type of landscape – east coast fen to marshland music. Open, wordless and ever so slightly sinister.

As I reach Highbridge I am halted in my reverie. The way ahead is blocked. A big sign states the path is closed due to an Avian Flu outbreak. The gate is padlocked. Time for a rethink. I’ve come this far. I turn left and follow the bridleway signposted to Conisholme.

The track opens up and again, the sky seems vaster than before. Clouds roll east from all directions. Grey, blue, white and black, a touch of sunlight and a battering of wind – Wind. Ahead is the turbine farm. Twenty E48 wind turbines designed by Norman Foster are working at full pelt. As I get closer the sound becomes totally hypnotic. The kind of hum that one can feel in the chest. They’re huge too. Getting as close as I can without trespass I make a few notes for drawings. The turbines’ lower sections are painted green to white, fading upward, a kind of camouflage. It actually works rather well, though perhaps best as an exercise in design rather than something more functional.

There was an incident at this wind farm in January 2009. Something hit one of the turbines, eyewitnesses reported UFOs, the international press got involved. The truth is probably less dramatic; a technical fault perhaps, though this area does have a fair few strange stories linked to it. There’s been talk of rum sightings at the nearby bombing range of Donna Nook for decades. However, those are stories for another time. One thing is for sure though: the presence of these turbines in the landscape is a strange one. Up close, they exude an almost science fiction atmosphere and the sheer size of them compared to the very horizontal nature of this fenland is very compelling.

The wind is hard work and time is getting on. My plan to follow the canal has gone askew. I double back and stop for lunch in the churchyard at Alvingham. In a previous career I worked as a stonemason and I count six headstones here that I made with my late father. This has become a recurring element of my walks. I keep finding traces of myself and though it did not occur to me at the time of making, there’s a deep pleasure in knowing that these objects I have made will remain in place for hundreds of years.

Back in Louth at the start of the canal, I walk by the builders merchants on Thames Street and notice that the Gaslamp is open.

Tucked away from the bustle of the town, the Gaslamp is as fine a pub as you can find in Louth. It’s not been here long – a few years – and yet feels much older, the kind of place navvies would drink. It’s very friendly for dogs too. I’ll bring mine next time.

Sitting with a pint of stout, I work out how far I walked: 12 miles, that’s not bad. Wiping beer foam from my beard, I email the council to find out when the path at Highbridge will reopen – the reply is prompt: any day now, apparently. That’s good. I’ll follow the canal northwards up to the reservoir at Covenham and beyond. But not today – I can still feel the song of the turbines as I set out for home.