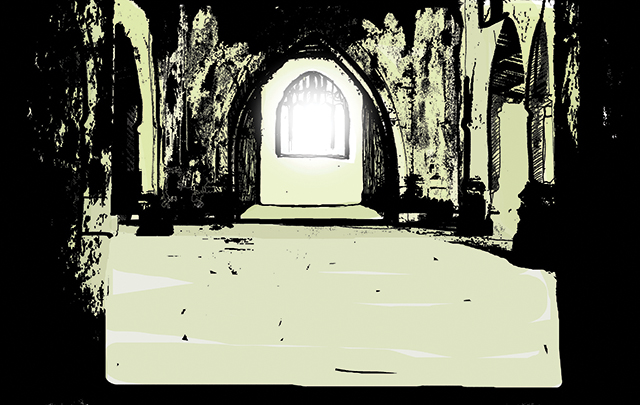 May Day: blue sky and warm in the sun
Heading east – as east as possible. Along familiar tracks, a couple of miles before hitting the outmarsh. The first of May and the swifts are back, swirling, cresting and diving over the ruins of the canal – that familiar screaming call at full swoosh; that first proper herald of the coming summer.

A couple of hot days a week or so ago has triggered the blossom and new foliage. Fresh young nettles pour out of the path sides, a few patches of ramsoms too but not yet in full garlicky bloom. The leaves are good with cheese and pasta. If that sort of caper is up your street, pick up a copy of Richard Mabey’s Food for Free and go find lunch. Freshly picked spring greens are the way forward. The oilseed is out too, searing yellow. I see fields and fields of it.

Onwards, skirting away through North Cockerington. A brief chat with a gentleman at his garden gate. I make a fuss of his dogs, two great big slobbery lads, then I say hello to a horse who pokes her head over the hedge. Good stuff.

The paths aren’t well signed but I’ve done the research and follow a no through road (Grange Lane becomes Melholme Lane and on to Tossey Lane). There’s a house selling bantam eggs and leeks at an honesty box at the roadside. One could quite easily find lunch from such tables – that sounds like a game for another day. Onwards with a cheery wave from a farmer in a big red tractor as the lane turns into a bridleway. Ahead – black wrapped bales shimmer in the vaguest of heat hazes. An open barn with dung mound and something rusting. Bridleway turns to path so I stop to have water and a breather. Ahead, ten metres away, a roe deer – a moment’s eye contact and she leaps north through reeds towards wind turbines. I hang on a few minutes to see if there are more. No luck, ah well.

The path hits a farm track with a house and a couple of parked up vehicles. Greetings are exchanged with the slightest of nods. From the house, net curtains at kitchen windows twitch. The track leads to a small road, quiet enough but the traffic moves fast – just under half a mile of this, five minutes at a quick pace. Soon I am striding down the verge between road and dyke like Alan Partridge. It is in these moments I accept my own ridiculousness. To underline this, a tiny house over the road is called Peartree Cottage. Typical.

Smaller roads from here on. Smaller roads to cross the Ings and strike in further east – easy walking. Telegraph poles at slight angles. A car toots – a friend on her way to work, the roads are quiet enough to stop and chat.

Waving as she drives off I keep my pace fast and the route clear – bash a few miles on the back roads and reach Skidbrooke by 11am. Then on to the sea.

Not much to it: oilseed and sun, an occasional farm, not much cover either – rather hot in the open and I can feel the sun on my cheeks.

A mile or two away at Donna Nook, American F-16s are mimicking the flight of the swifts and burning hundreds of thousands of pounds of fuel while they do so – still, it’s a hell of a sight, seeing these things at full tilt; the noise too – the noise shakes the tarmac and lands in your gut.

Another farm. An older gentleman dismounts a ride-on mower and approaches. I feel a side quest coming.

“I’m not being funny mate…”

Turns out a fellow has been prowling around lately, breaking into houses, stealing jewellery – a youngish chap with a knapsack.

Assurances are made and conversation turns elsewhere, dogs and rats and weight issues (apparently the trick to keeping the pounds off is using a smaller plate…). He’s a nice fellow though, twinkly eyed and keen for a chat.

I have more or less the same conversation at the next farm with a gentleman with a nice old dog.

Fighter jets keep rumbling and rolling, close enough to see the fire fall from them.

At St Boltoph’s, hundreds of rooks over greening trees. These places used to attract occasional media attention, a derelict church with rumours of Satanic rites and the like – just kids mucking about but you know how stories spread. The church itself is a shell, no doors or windows, open to the birds and rather grand in scale. Rather than describe it in too much detail, you should go yourself – it’s a strange place. I sheltered here in a lightning storm once – that was something. Sitting outside the churchyard to tuck into my pack up, looking back west in near perfect alignment with St James in Louth and Stenigot on top of the Wolds – two fellows stride up the track towards me.

“Excuse me mate, I’m not being funny but…”

I explain my previous conservations and assure them of my intentions – it seems word of my passage has spread from farm to farm. No harm done lads, best to check, eh? I sit in the sun and eat wild garlic and potatoes.

Once more around the church, widdershins, to pay respects to the graves of the merchant sailors buried in the north corner. Stepping into the church, I shock a gentleman with a camera – chuckling greetings are given and I’m on my way, deeper east to Saltfleet and the sea.

That is for another time.

My business at the sea dealt with, I drift back more or less the same way home, waving to gate leaning farmers as I go. The twinkly eyed fellow shouts “Ho” and waves. I wave back, four American fighter jets head south fast and low, grinding the sky as swifts plunge through telegraph lines.