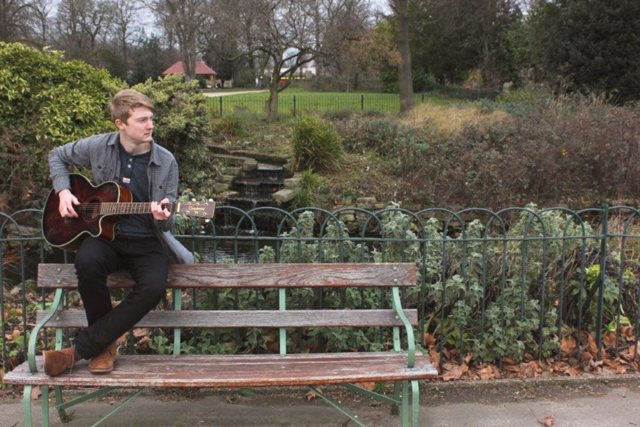 Lincs FM’s presenters are busy ‘Spreading A Little Sunshine’ at the moment, surprising shoppers, coffee drinkers and visitors to our many tourist attractions, among others.
Since the beginning of April, the team of presenters – Rob Hammond, John Marshall, Andy Fenton and Ross Garrigan – have been out and about across Lincolnshire and Newark and they’ve enjoyed it so much that they’ve pledged to carry on until at least the end of June – meaning even more surprises could be coming your way.

It was the idea of programme manager Sam Heywood, who told Lincolnshire Life: “Although it was a fairly mild winter, it was certainly a very wet one – some were saying among the wettest on record. We decided, therefore, it would be great to do something to help put a smile on our listeners’ faces with spring and summer approaching and decided our Spread A Little Sunshine campaign would do just that. After all, who doesn’t like something for free?”

The idea is to send the presenters out and simply, at random, tap someone on the shoulder and offer to buy whatever it is they were about to spend money on.

So far, John Marshall has spent time at a hairdresser’s in Sleaford, paying for haircuts; Rob Hammond has given away full English breakfasts at Lincoln Castle and the team have also been getting in the coffees for visitors to Pennell’s Garden Centre in Cleethorpes and even bought train tickets for passengers at Spalding Railway Station, much to their surprise.

Everyone’s delighted when they get that tap on the shoulder and see it’s someone in a Lincs FM jacket, armed with a Lincs FM branded Sunflower, though the presenters have found it can sometimes be difficult giving away things for nothing.

John Marshall said: “I went to a children’s play centre in Newark and the plan was to pay for the admission fee of the next family who arrived. The mum turned up with five children and when I told her that it would be free entry, that we were getting it for them, she refused to believe it wasn’t a prank. It took quite some persuading but, in the end, she and the children did get their free day out!”

Plenty more surprise treats are being planned, right across Lincolnshire and Newark, so keep a look out – as the next tap on the shoulder could be for you.