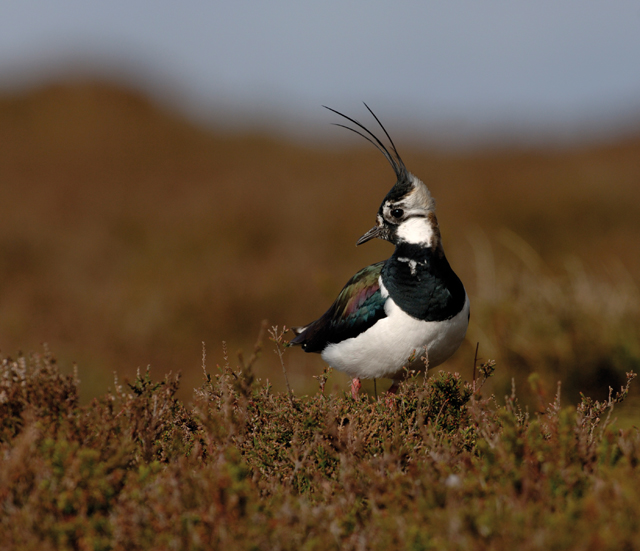 Human dreams of flight have led to spectacular developments in aviation, but our flying machines can often seem crude compared with the more impressive manoeuvres of birds and insects. They are the real masters of the air.
White trails from five Red Arrows draw arcs and fountains across the sky. As hot jet air meets cold it leaves white patterns which fizzle away. Grouping into an arrowhead formation, the jets look black against the blue and then all turn together at an angle, so the sun lights them up red.

A bit lower in the sky is a pin prick, so high I can barely see it. A skylark hovers, fluttering over the open field. Tweeting its high pitched whirring song, it stakes its claim for territory on nesting ground. As if in slow motion, it moves into the wind, matching the wind speed. Hanging in the sky, moving back and forth, pushing against the wind, it sometimes flies faster than the air pushing back against it. If a rival invades this space, the conflicting birds will drop and skirmish just above ground level.

This song heralds spring here, earlier and more often than the now rare cuckoo. Alauda arvensis is the common skylark’s Latin name and unless you know Latin this means absolutely nothing, until you find out ‘laud’ means to praise and ‘arvensis’ means of the field. The Lark Ascending by Vaughan Williams, and Shelley’s poem ‘To a Skylark’ were inspired by the sight and sound of these birds. At dawn a skylark will sing from a perch and then with fast beating wings, climb higher and higher into the sky, to one spot at 50–150 metres, where it can be heard from dawn to dusk and from winter until midsummer. Still singing as it descends, when near the ground it neatly falls with wings folded.

Speckled and streaked brown, buff and white plumage, and a blunt crest which can be raised or flattened, blend in with grass or earth. Skylarks look like miniature gamebirds when they run fast on their sturdy legs. If you can see them, flocks, including a northern influx from the Continent, can be found in stubble fields in autumn and winter. Feeding mainly on the ground, they eat almost anything from seeds to insects and slugs.

Nests in spring are made in small hollows, in tufts of grass, or under beet and corn, and lined with dry grass. The increasing practice of growing winter cereals, which are harvested in early summer, means tall, dense plants in spring hinder nest building and birds running between the stems.

The precocial chicks leave the nest before fledging – they are safer scooting and their wings aren’t strong enough for flying until ten days later.

Lower than the high flying skylarks, a couple of lapwings fly up about twenty feet from the ground and then drop, as if falling, but just before they touch the ground they rise again, with a high wheeling, wheezing, ‘whee-er-ee’ call song. The two competing males are preforming their aerobatic spring display.

The lapwing’s Latin name Vanellus vanellus makes sense when you know it means little fan, referring to the humming sound of the flapping wings. The name ‘lapwing’ comes from the Old English word ‘hleapewince’, meaning ‘leap with a flicker in it’. Green plovers and peewits are their more common names, because of their colouring and plaintive ‘pee-wit’ cries. Sometimes the squeaky squeal sounds like a plastic dog toy being squeezed.

In flappy flight, with broad rounded wings, they look black and white from a distance, but through binoculars the purple and copper sheen on their dark green backs catches the light and so does the orange patch under their tails. In flight, the crest flattens, streamlined down the back of the neck, but on the ground the long, thin plumes can be held erect, giving the bird what seems to us a surprised and rather dashing look.

Running a short distance, lapwings tip their whole body forward when they find a worm or insect. Then they stop still for a few seconds, with their crests blowing in the wind. Between April and June, three to four pear-shaped eggs will be laid in a shallow hollow in open ground and this ploughed field will suit them.

After hatching, the downy, precocial chicks, like the young skylarks, can run and hide immediately. When nesting is over, they flock in fields and muddy coastal estuaries where in July and August they can be seen feeding on the foreshore. Continental lapwings join ours for winter here. The green on their backs camouflages them on the ground, but when flocks fly up they flicker black and white against the sky.

Meanwhile, up above, those magnificent men in their flying machines are practising their roll back, heart and twister manoeuvres. After winter training at Scampton, they will soon migrate to Cyprus, to train round the island until they pass their PDA test. Then they will be able to perform this summer, painting special designs in the sky with the red, white and blue dye trails they are famous for. In their iconic diamond formation there is just six feet between the jets. But the birds and insects are the real masters of the air. With almost all-round vison (they can see 300 degrees), birds quickly filter information. This is called optic flow and enables them to fly fast without bumping into objects, or each other.

In Greek mythology, the craftsman and sculptor Daedalus made wings for himself and his son Icarus, so they could escape when imprisoned by Minos of Crete. But when Icarus flew too close to the sun, his wings melted and he fell from the sky and died. My own fantasy is for the Red Arrows to write ‘Surrender Linda!’ across the sky, like the Witch of the West writing ‘Surrender Dorothy’ in The Wizard of Oz.

Not bothered by the roar of the Red Arrows, or worrying about g-forces, tunnel vision, or melting wings, the lapwings continue to loop-the-loop, but when a hawk appears they stop. The skylark is also silent. Just the arrow shape of a hawk is enough. This one, a sparrow hawk I think, doesn’t seem to be hunting, but makes its way purposefully towards a copse and another hawk, presumably its mate, follows it. They too are pairing up and the hatching of their young will coincide with the hatching and fledging of other birds and the breeding of mammals.

Lower down, hedge sparrows (dunnock) are chirping. The hawthorn and blackthorn hedges are bare, although buds are there ready. A few old nests from last year show up through the bare twigs. Soon the buds will open and leaves will conceal the old and new nests. There’s a flash of yellow, bright as a canary, when a yellowhammer flies out of the hedge. Yellowhammer nests will be well hidden among plants at the base of hedges. Their eggs are covered with fine, dark scribbled marks, hence their country name ‘scribes’ or ‘scribble larks’.

Down below, at ground level, a cock pheasant struts his stuff. He jumps up onto a big muck heap and stands on top, a bronze and gold King of the Castle. There don’t seem to be any females around for him to impress, apart from me.