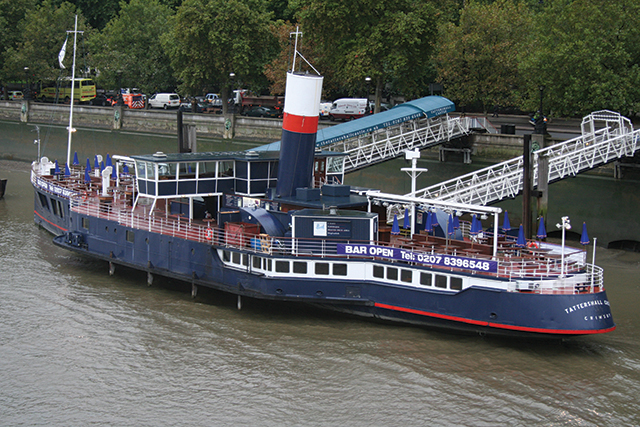 Steaming across the Humber

For centuries before the famous bridge was built, local ferry crossings were vital for the movement of goods and people at the Humber Estuary. Dene Bebbington takes a closer look at how the paddle steamer changed working life and leisure in the region.

Travel between Lincolnshire and Hull was hindered for thousands of years by the Humber Estuary (River Humber), the second largest coastal plain estuary in the United Kingdom. To travel between the north of Lincolnshire and East Yorkshire people had to take a long detour inland, or cross the short river span in a boat navigating the shifting sandbanks and strong currents. A bridge across the river wasn’t built until 1981, almost a century after a failed railway tunnel project.

Trade along and across the river dates back at least to the Bronze Age. Remains of a boat from this era were discovered in 1937 at North Ferriby on the Yorkshire side of the Humber as shifting tidal currents uncovered it. In the first century AD the Romans established a settlement at Winteringham and had a great ferry – the Transitus Maximus – which crossed the river to Brough.

Ferries continued to ply the Humber for nearly two more centuries. King Edward II had granted a charter in 1315 for ferries to run between Barton and Hull, and by the early 1800s the reliability of steam power was harnessed. Steam boat services began in 1814 with the ferry PS Caledonia, and over the years several other paddle steamers came into
service. Besides crossing the Humber they also sailed down the River Trent to inland towns such as Gainsborough. For passengers and crew the convenience of paddle steamers was taken at the risk of being caught up in an explosion.

Boiler explosions were more common in the early days of steam boats, if only through human error. In 1826 the boiler on PS Graham burst during a journey from Grimsby to Hull. Several people were killed and injured, some of whom had been blown into the air and landed in the water.

New Holland became the major Lincolnshire terminal after the New Holland Proprietors company was founded in 1825. This relatively undeveloped village had one public building, the Yarborough Arms inn. Road access was then improved, and by 1832 three ferry runs per day on the steamer PS Magna Charta were operating.

Development of the village continued with the railway coming to New Holland in late 1848 when the Manchester, Sheffield and Lincolnshire Railway built a line from Grimsby. A new wooden pier jutting into the estuary was built to take trains near to the ferries. Designed by the railway’s chief engineer John Fowler, it included three tracks and a station. The station had to be rebuilt after a fire in 1895, and also underwent redevelopment between 1923 and 1928.

From 1849 passengers embarked and disembarked the ferry from a floating pontoon which rose and fell with the tide. Two iron bridges connected to the pier had a slope varying with the water level.

For over a century, steamers continued to be a common sight on the Humber as they conveyed passengers, livestock, and eventually cars which had to be craned on and off. In 1934 the first two of three modern paddle steamers were launched. Named PS Tattershall Castle and PS Wingfield Castle, they had a main saloon, smaller first class saloon, and a large third class saloon on the lower deck. Passengers could buy food in the buffet and enjoy river views from the promenade deck.

A few years later in 1941 the PS Lincoln Castle entered service. Completed in 1940, she had a different layout to her two sister ferries. Her journey around the north of Scotland from the shipyard in Glasgow was fraught because of wartime dangers and storm weather which caused some damage.

Passenger comfort and the appearance of the paddle steamers changed noticeably. Earlier steamers had pronounced paddle wheels with the upper curve clearly visible above the deck, whereas the paddles were boxed in on later ones.

Steamers provided more than just workaday ferry services transporting people and goods across the river. Pleasure cruises were also popular and provided additional income for the ferry owners. Run by railway companies such as London North Eastern Railway (LNER) before the Second World War, they gave people from places like Manchester a grand day out by train and boat. The steamer would be decorated with bunting and have onboard music played by an orchestra. Following nationalisation in 1948, British Railways took over LNER services.

Under British Railways, PS Tattershall Castle and PS Wingfield Castle had to be re-plated in the 1960s. Thirty years of service had taken a toll on their structure, but they would only continue working for less than another decade before being retired. Coal shortages during the 1972 miners’ strike hastened their end.

Cruises ran until the 1970s when the Paddle Steamer Preservation Society resumed them. The Humber Paddle Steamer Group also chartered the PS Lincoln Castle for cruises between Hull and Grimsby. High spirits and activity on some charters occasionally led to problems. During a Riverboat Romp with an onboard disco the captain had to complain because dancing to one song caused the boat to tilt.

A long history of ferry crossings was brought to an end by the Humber Bridge opening in 1981 which made travel across the river easier for drivers. New Holland’s pier stopped connecting train services, but New Holland Bulk Services built a terminal to load and unload ship cargo.

Fortunately, two paddle steamers avoided the fate of scrapping and remain part of our heritage. PS Wingfield Castle can be seen in its original condition at Hartlepool’s Maritime Experience. Whereas PS Tattershall Castle has been converted to a floating restaurant moored at Victoria Embankment on the River Thames. Visitors familiar with the ferries may notice that her paddles have been removed, a new bridge added and the stern deck covered.

A bygone age of crossing the estuary on a steamer has lived on in the memories of people who made the journey. Even the inconvenience of being stranded on a sandbank for several hours is remembered fondly because the bar stayed open, so that passengers were left high but not dry.