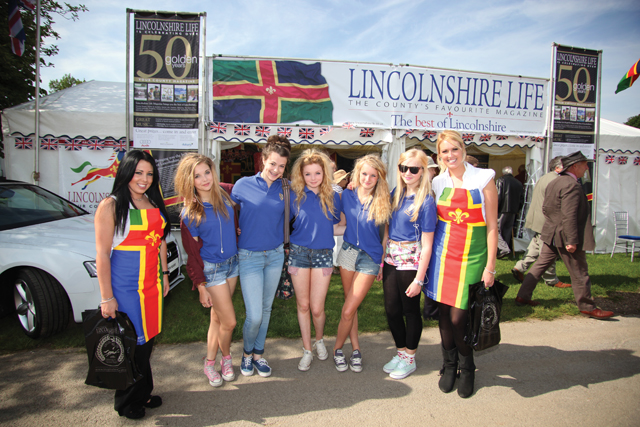 The hottest day of summer was followed by a day of stormy showers, but that didn’t stop the visitors coming to this year’s Lincolnshire Show, the county’s big day out. Early estimates put total visitor figures at almost 60,000, according to organisers.
This year’s Sports Zone had top billing in the run up to the 2012 London Games. Visitors were encouraged to try their hand at a huge range of Olympic and Paralympic sports and a visit from cricketing legend, Alec Stewart was a crowd-pleaser. Stewart visited the Show as part of his role as sports ambassador for Clydesdale Bank, one of the main sponsors of the Lincolnshire Show, and during his visit he gave a masterclass to some of the county’s young cricketers.

More than a thousand young people took part in the Schools Challenge, demonstrating their understanding of food, farming and agriculture. Winners were Wragby Primary School, Queen Elizabeth’s Grammar in Alford, and St Lawrence School in Horncastle.

On the Lincolnshire Life stand we were entertained by the North Kesteven School BTEC Music students on Wednesday, who performed contemporary acoustic and vocal pieces. On Thursday the twenty strong North Kesteven Schools Joint Band cheered us up sheltered from the rain. We also had some great competitions and prizes and the winners are:
• Maurice Appleyard from Caythorpe, winner of the weekend loan of the Audi A5 Cabriolet courtesy of Lincoln, Boston and Grimsby Audi JCT600 Ltd.
• F Mellor from Saxilby, who wins a pair of Dubarry Boots courtesy of Luck of Louth.
• G Elders of Branston, who wins a case of champagne.