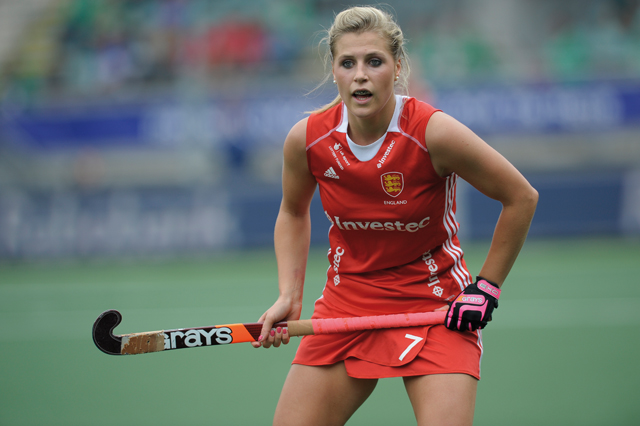 Far from being a sporting throwback to the bygone days of Empire, medals at the Commonwealth Games are competed for by almost one-third of the world’s population, and the event remains second only in global prestige to the Olympics. Naturally, athletes from Team Lincolnshire – swimmers, sprinters, shooters, and the rest – will again feature prominently on the podium in Glasgow this July.

Long Sutton trap shooter Aaron Heading can provide personal testimony of what it means to be crowned Commonwealth champion, as he travels to Scotland to defend the Singles Trap title won in Delhi in 2010 – alongside the bronze medal won in the Men’s Trap Pairs.

“It was a hot field,” he said at the time. “The world’s best shooters are here. So to come out on top, it’s just amazing.’’

After obtaining his first shooting licence aged just nine, with mentoring from father John and brother Martin, Heading can also boast a World Championship title at both junior and senior levels, and his ambitions continue to grow. His promise to break the world record at London 2012 was halted when he missed out on selection for Team GB, but the twenty-seven year old finished fourth in April’s Shotgun World Cup Final in Arizona and goes to Glasgow in good heart.

Hannah Hicks also competed in Delhi, aged just nineteen, and now, as England’s third-ranked female table tennis player, aims to go one better than four years ago. “I am completely honoured and thrilled to be representing my country in the Commonwealth Games,” enthused the twenty-three year old who trains in Grantham. “After experiencing it in Delhi in 2010 and just missing out on a bronze medal in the team event, my desire and drive toward achieving it this year with the girls is even bigger. Not only that, being in the village surrounded by other world-class athletes is just mindblowing. It’s going to be inspirational!”

England recently finished 29th at the World Team Table Tennis Championships but, in a sport where Singapore took all three female gold medals in Delhi, Hicks and her team hope to improve dramatically upon that.

International success, of course, is often founded on friendships forged in youth, and the foundations laid by local coaches and facilities. Swimmers Elizabeth Simmonds and Sophie Allen, who grew up in Lincoln and Fulbeck respectively and are long-standing training partners, have graduated from the Vulcans Swimming Club to world-class competition, but remain good friends and proud of their roots.

Simmonds endured a frustrating, injury-hit 2013 which saw her miss the World Championships – after missing out on an Olympic medal by just 0.71 seconds the previous year – but the 2014 British Championships hinted at a return to form, with silver in the 200-metre backstroke, followed by bronze from the 100-metre event.
Allen won another bronze at the same meeting, in the 200-metre Individual Medley, but that represented a disappointing return following two golds and a silver at the 2013 British Championships, and silver in the 2012 European Championships.

Nonetheless, Simmonds has proven international class – evinced particularly by her 200-metre backstroke silver medal in Delhi – and Allen claimed her own silver at the 2012 European Championships.

At the end of something approaching a golden era for swimming in this country, the pair’s recent tribulations perhaps typify both the under-achievement currently afflicting the sport in Britain – a trend which must end in Glasgow – and the emotional rollercoaster which is professional sport. Grimsby sprinter Richard Buck would doubtless agree.
Despite being an Olympian twice over, and the owner of seven major championship medals, Buck is in danger of being unable to outrun his image as the ‘nearly man of British athletics’.

Illness and injury prevented him from competing at both the 2008 Olympic Games and 2010 Commonwealth Games, before losing his Lottery funding (which forced him to work in Tesco to fund his training) and being reduced to the role of non-competing reserve at London 2012. Buck was again selected by Team GB for the 2014 IAAF World Indoor Championships in Poland in March, and led his heat of the 400 metres at the bell, only to have the pain of finishing fourth compounded by subsequent disqualification for obstruction of an adjacent athlete and, later, his omission from the silver medal-winning 4×400 metre relay squad.

The twenty-seven year old’s success has primarily been on the indoor circuit, including relay gold at the 2013 European Indoor Athletics Championships and silver at the 2012 IAAF World Indoor Championships. So near yet so far several times, Glasgow 2014 may represent Buck’s final opportunity to put himself on the podium in genuinely world-class company.

Buck’s 400-metre sprint teammate, Lincoln’s Rob Tobin, was also forced to watch from the stands at London 2012, but with a pedigree which has seen him win World Championship silver and Commonwealth Games bronze medals in the 4×400-metre relay – as well as a fourth place at the Beijing Olympics – Tobin still considers himself an active member of Team GB. His last major medal, though, was at the 2012 European Championships and success in Glasgow could create a fitting swansong to a fine career.

Major competitions require athletes to reach peak performance right on cue, but when your sport’s own World Cup represents a pinnacle at least as high as the Commonwealth Games, just two months before Glasgow, that is easier said than done. Ask 2012 Olympic bronze medal-winning England hockey stars Georgie Twigg, from Doddington, and Bostonian Dr Hannah MacLeod, whose Rabobank World Cup campaign in Holland proved anything but the ideal way to begin a vital summer.

Four straight defeats sent Jason Lee’s side home in disgrace, with the head coach admitting they had hit “rock bottom”. Frustrating losses to the USA and China in their first two games left them needing to beat South Africa to have any chance of qualifying for the semi-finals; but that merely brought a 4-1 defeat which was further compounded by a last-minute 2-1 loss to Argentina in the fourth game.

It would have somewhat dampened the enthusiasm each felt after ending the domestic hockey season on a high. Twigg, an effervescent and creative midfielder who was the youngest member of the 2012 Team GB hockey squad, won the Investec Women’s League Championship and Cup double with Surbiton. MacLeod – still a fine attacker in her own right at the tender age of thirty, and very much a part of England’s plans after winning her 100th cap in May – has just taken her first steps in coaching, after being appointed the head coach of St Albans Hockey Club, where her sports science degree, and work in performance nutrition, will prove invaluable.

Ranked third in the world and clinging to the memories of December’s bronze medal at the World League Final, England will expect to put their disastrous World Cup behind them to justify their tag as one of the favourites for a Commonwealth Games medal.

And it is Twigg who probably sums up the mixed feelings of Team England, as they cross the border for what will be a ‘home’ Games on something approaching foreign soil.
“It’s so great that we’ve got another tournament so close to home – it means our family and friends can come and support us. Our last game is against Scotland, so I’m sure there’ll be some rivalry there, but isn’t that the whole point of sport?”