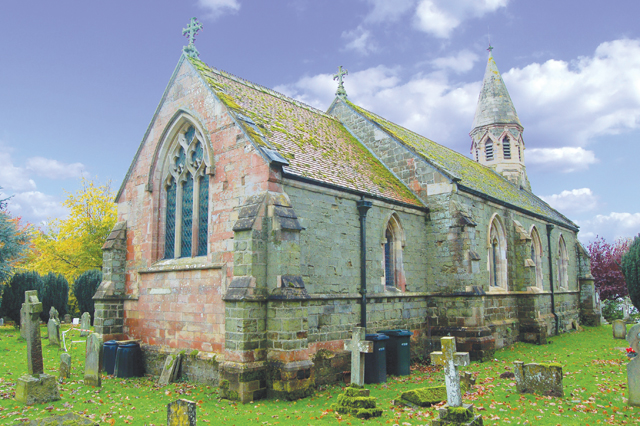 Tell them of us – a local film project

Next year sees the centenary of the start of the First World War, the ‘war to end all wars’, four years that marked the transition of the old world into the new.
There will be many commemorations, testimonials, TV documentaries and tributes all over the world. But the latest project from local heritage film makers WAG Screen has a particular Lincolnshire resonance. Tell Them of Us will be a short film, approximately forty-five minutes long, telling the story of ordinary people in a small corner of rural Lincolnshire during WW1.

The narrative arc concerns two brothers, Robert and William Crowder from Thimbleby, near Horncastle. They went off to fight for their country, but only one returned. Their stories are both unique and common to many people who lived at that time, but many aspects also echo down the years and will be familiar to those in and around the armed forces today. But more of their stories later.

WAG Screen (the name comes from Washingborough Archaeological Group), is a non-profit community organisation that specialises in short heritage films. We have a reputation for high quality work, with a fine eye for historical details. Our two best known projects are now available as DVDs, can be viewed for free on the internet, and are regularly shown in schools and museums all over the world. The Luttrell Psalter brings to life the beautiful images of fourteenth-century village life that were specially made for Sir Geoffrey Luttrell of Irnham, in Lincolnshire. The production included the re-creation of a medieval plough that featured in an episode of Time Team. The Lady of Shalott is a dramatization of the famous Tennyson poem, and was made to mark the bicentenary of the Lincolnshire born poet’s birth in 2009. Other smaller projects have included short films for Gainsborough Old Hall, Church Farm Museum at Skegness and St Katherine’s Priory in Lincoln.

At the core of WAG Screen is a small group of professionals who give the majority of their time for free, but every project sees lots of other people drafted in from outside. Many bring their own skills, in hair and make-up or traditional music for instance, but others just bring their enthusiasm and find hidden talents along the way. WAG Screen projects are as much about the journey as the finished product. There is the chance to shadow the film crew, help with costume making and set design, even appear in the films, and much more. Young people who were struggling to find a direction at school have been inspired by the film making process and have gone on to study it at college and university. At least two adults found an aptitude for costume making and went on to set up their own businesses. WAG Screen is a success story on so many different levels. But back to Tell Them of Us.

Originally the story was to be about the fallen on an individual Lincolnshire war memorial. Thimbleby was chosen for several reasons. Firstly the number, five men, was manageable. They also came from a range of backgrounds and ages, and were excellent examples of ‘everyman’. Thimbleby itself is a beautiful village, which has some of the few remaining examples of Lincolnshire vernacular mud and stud cottages, and already looks like a film set. The memorial itself is in the church, which at the time of our first visit was under threat of demolition. There is also a beautiful stained glass window, commissioned by the Crowder family as a memorial to their son, Robert who was one of the fallen. When we met with some of the villagers we found a community already galvanised to fight for their church, and eager to be involved in our project. We hope that the film will play a part in securing the future of this beautiful building, which has been at the centre of village life for so long.

Together with some of the villagers, and surviving members of the Crowder family, we quickly gathered information on the five men, and got permission from all the families to pursue the project further. Clearly this would not have been possible without their agreement. But the more information we gathered the more we realised that to cover all five men in detail would be impossible. We needed a tighter focus. Among the Crowder family history, collated by Robert Holland, were all Robert Crowder’s letters home from the front, right up until his tragic death. The actual circumstances of Robert’s death were described in harrowing detail by one of his commanding officers in a heartfelt letter to Robert’s mother, after she refused to accept the rather perfunctory official account. The contrast with the experiences of his brother William, who survived the war, was stark. These provided our main focus.

The scriptwriters are still developing the story and characters, and without revealing details it will be viewed mainly from the perspective of those left at home. It is a beautiful and moving story, with so many interesting aspects. This was a time of huge social change, in many ways the beginnings of the modern world. Almost all the men of working age were away in the war, leaving the women of the community to take on the traditional male roles, many of which were never relinquished. The Crowder family had two very strong female characters at that time, Robert and William’s mother Ann, and their older sister Grace. They will be major characters throughout the film, starting in the idyllic pre-war years. We will then see the war through their eyes and the letters home; and how the women imagine the reality of the front despite the filter of the censors on the letters. We will see the life of the village change as the realities of the war hit home. Growing poverty, food shortages, Zeppelin raids, the aforementioned gender role changes, and eventually the harrowing news as the deaths of loved ones reaches home. Physically and emotionally these were very difficult times in rural Lincolnshire, full of previously untold stories. Themes of separation and loss during war have been told before, but not in this setting. One of the functions of a project like this is to preserve these memories and stories before they are lost forever. The letters reveal wonderful and touching details of life both at home and in Northern France; we hope to recreate many of them in the film. One thing we are determined not to do is to twist history to create more interesting plot lines. That would be wrong and do a disservice to everyone involved. Luckily the reality is interesting enough, with a genuine cliffhanger ending.

We hope to start filming during summer 2013, and are currently pursuing various funding options and gathering the team. We have some of the crew, at least one major character has been cast, and several groups and interested parties are already onboard. But we want to add more partners to the project, community groups, historical societies, schools, or individuals. We are also looking for sponsors, both corporate and individual. The film can’t go ahead without appropriate funding, of course. Sponsors will receive different packages dependent on how much they can pledge to the project. Does any of this interest you? Do you have a talent, specific knowledge or area of expertise that we could draw on? Or are you just an enthusiastic volunteer? We can offer all the usual WAG Screen experiences, shadowing the film crew etc, but this time we also hope to organise free workshops on skills as diverse as sewing, costume making and stills photography. Could you discover a new leisure activity? In the current economic climate this might even be the route back into employment for someone. The project will also include living history days, with the chance for all the family to dress up in period costume. There will be a proper film premiere, and Tell Them of Us will be shown in local museums during 2014 and beyond. After that we hope it will follow our other films and reach wider audiences all over the world.

You can contact us and keep up to date with developments on the WAG Screen website http://wagscreen.wordpress.com/ where there are also links to the Tell Them of Us Facebook page, Twitter account and the Save Thimbleby Church group. We recently filmed a short proof of concept scene, with Victoria Rigby as Grace Crowder reading one of Robert’s letters. It should be on the website by the time this article comes out. Please do not hesitate to contact us if you have any questions about the project.