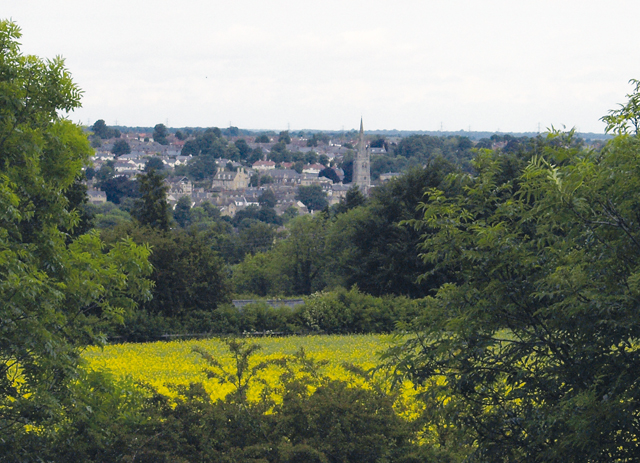 The Georgian town of Stamford and surrounding villages

Sarah Stirling strides out on a sunny walk around Stamford
A lovely family outing. Enjoy a picnic or a pub lunch, weather dependent. On the homeward leg, contrast the sheep-scattered, tussocky surrounds of Wothorpe House ruins with the vibrant, well-kept gardens of Burghley.

DIRECTIONS – FROM THE STAMFORD MEADOWS CAR PARK, NEAR THE GEORGE HOTEL AND THE TRAIN STATION (PAY AND DISPLAY)
1. Walk across the footbridge onto Stamford Meadows and head left, following the River Welland through a gate into rougher grass. Follow the path across the meadow, leaving the meander of the river for now, to cross the Broadeng Bridge. The river is now on your right. Stay with the river, and follow it under the A1 bridge.

2. The path becomes narrow and windy and finally reaches a bridge and a path junction. Turn left, following a bridleway roughly south. The path veers right, onto a green lane, and leads to Tinwell railway crossing. Go over with care, and then walk uphill towards Easton on the Hill.

3. When you reach Easton on the Hill village crossroads, turn left onto the High Street. The Bluebell Inn will be on your left. Continue to reach the main road, then walk left a few hundred yards, cross over the road and disappear down the pretty Wothorpe bridleway opposite. The narrow track widens shortly, and passes attractive woodland, which you can detour through for a picnic if desired.

4. When you reach a bridleway junction near the ruins of Wothorpe House, keep going straight ahead on the broad track. Cross the bridge over the A1 with views of Stamford to the left, and continue on to the old Great North Road. You will emerge in St Martins Without.

5. Cross the road to the wide footpath on the other side of the road. Continue down the hill, past the gates to Burghley House (detour within, if you have time), and a picturesque townscape of Stamford spreads out below. Pass under the George Hotel sign and turn left at the traffic lights to return to the car park.

STAMFORD
Stamford used to be a major stopping point during the days of stagecoaches. However, the London-Edinburgh railway bypassed the town, so the beautiful stone Georgian buildings survived and there was no major Victorian industrialisation. Nowadays many of these buildings contain wonderful boutiques, art galleries and coffee shops.

WOTHORPE HOUSE
The ruins of stately Wothorpe House stand eerily abandoned in a tussocky field. Wothorpe House was built in 1610 as a retreat for when Burghley was being spring-cleaned. It was partly demolished two hundred years ago to provide stone for new buildings at Burghley House and it is currently being restored into private residences.

Distance: 6.5 miles
Typical time: 3 hours
OS map: Explorer 234; Landranger 141
Getting there: Stamford is just one mile from the A1. Using the A1 from the south, take the slip road signposted Stamford and Burghley House. Continue down the hill to the traffic lights and turn left. Using the A1 from the north, take the slip road signposted Kettering, turn left for Stamford to reach a T-junction, turn left and continue downhill towards the traffic lights. The car park is also only a few hundred yards from Stamford train station.
Refreshments: The George Hotel, one of the country’s great coaching inns, marks the start and the finish of the route (01780) 750750. The Bluebell Inn, Easton on the Hill, is halfway round (01780) 763003.