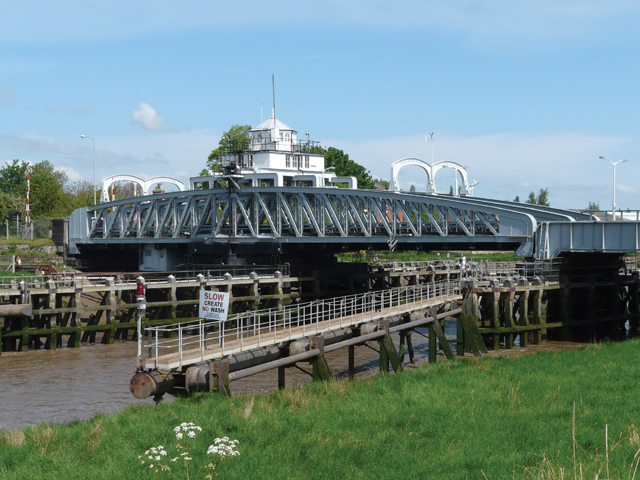 In this 800th anniversary year of Magna Carta, Derek Taylor goes in search of the lost treasures of King John.
We all love a good mystery. But how many mysteries offer their solver a prize of glittering beauty, historical importance and unimaginable wealth? That’s what’s promised here in the unlikely setting of the flat, muddy landscape that borders the Wash.

This is where, early one misty October morning in 1216, King John’s baggage train – a cumbersome collection of wagons, pack animals and horsemen – got sucked down into the squelching sands. Men and beasts struggled for their lives. We don’t know how many suffered an excruciating death as their mouths and lungs were blocked with slime. But we do know that one of the Middle Ages’ most fabulous collections of treasure went down with them. And it’s still out here – buried somewhere – waiting to be found.

When the disaster happened, back in 1216, it was a little over a year since King John had faced the barons at Runnymede and had been forced to agree, by the terms of Magna Carta, that he – like his subjects – was beneath the law. Though the Great Charter was proclaimed around the country, including at Lincoln Cathedral, Magna Carta was as good as dead within three months. Civil war broke out, and on 11th October 1216, John arrived with his army at the little port of Lynn, now King’s Lynn, on the Wash. That evening, local dignitaries entertained him to a feast. But within hours the king became violently sick. In a distressed state, he gave orders that his slow-moving baggage train should take a shortcut the next day across the mudflats of the Wash, so it would be waiting for him the following night at Swineshead, south-west of Boston. John himself planned to take the longer route via Wisbech.

The baggage train never arrived. I’d always been puzzled as to how it could stray into dangerous territory on a flat beach. Surely, I’d thought, you could see the land to your left and the sea to your right. How could you miss your way? So to find out, I’m heading to a spot, beyond the hamlet of Holbeach Saint Matthew, where coastal conditions remain not too different from the way they were in 1216.

The road soon becomes a cart-track, and there are no more fields of yellow oilseed rape or green tops of sugar beet. Eventually, the track itself peters out, so I leave the car on a stony patch of ground by a grey concrete pill-box, where seventy years ago volunteer soldiers of the Home Guard watched for a German invasion that never came. These days there’s a long earth bank, eight to ten feet high, designed to keep the sea at bay when there’s an extra high tide or when a gale from the north-east is driving the waves onto the land. Catastrophic floods have happened here.

I climb the grassy bank, expecting that from its top I’ll see waves lapping onto a sandy beach. But the only sea I can make out is a thin grey strip on a low horizon that seems miles away. Between me and it is a salt-marsh, oozing brown-black mud that encloses pools of murky sea water in snaking channels that seem to lead nowhere. Here and there the mud is caked, cracked and half-dry, where tufts of wiry marsh grass struggle and twitch in the bitter wind.

It’s the vastness of this flat, featureless landscape that would have been the problem for John’s baggage master. And you can’t just walk wherever you want. There’s what could be a path meandering ahead of me. It’s hard to tell. It’s just a winding stretch of marsh that’s a bit stonier than the rest. The causeway that the king’s baggage train followed must have been no more recognisable, nor safe, than this.

And of course the tidal waters here race in over the flats at frightening speed, and then suddenly the marsh, which a moment before looked sodden but passable, can become an inescapable trap. Add to all this that in October, the month when John’s baggage train tried to cross here, an impenetrable morning fog often swirls in off the sea, and we can understand how strangers, unused to the place, could soon find themselves in trouble.

We can be pretty sure about what was lost. It wasn’t just the king’s personal belongings. It included dozens of gold and silver goblets, flagons, basins, candelabra, pendants, jewel-encrusted belts, and all the coronation regalia. But that wasn’t all. Sucked beneath the mud too were the remarkable treasures John’s grandmother had worn as Empress of Germany: her crown, purple robes, a gold wand surmounted with a golden dove, and what’s called ‘the sword of Tristan’.

John that night reached Swineshead Abbey, now desperately ill. He had dysentery, and on hearing what had happened, his fever – we’re told – shot up. He struggled on to Sleaford where he rested for two days, and was then carried – probably on a stretcher atop a cart – to Newark Castle. There on the night of 18th October, King John died. The catastrophic loss of his treasure must in his final hours have seemed an omen.

Today, we have few clues as to exactly where the disaster occurred. As well as the problem of a featureless shoreline, there’s the much more serious difficulty that the coastline today is nowhere near where it was in 1216. Vast areas of land have been drained, reclaimed and have silted up over the past 800 years. So all the likely spots are now between five and ten miles inland.

The favoured site is today far from any sandy marshland, and is thought to be somewhere near the small town of Sutton Bridge. An old iron-girdered, railway swing-bridge here spans the river Nene. Maybe King John’s treasure now lies under the foundations of the wharf where this chilly morning they’re loading plastic containers onto the Dutch vessel Ronja. Or according to another theory, it’s buried beneath a field a little further south, near the creepily named hamlet of Foul Anchor.

Many searches have been organised over the years. Not a trace has been found. But somewhere down there, packed in the earth, are the twisted skeletons of horses and of men, their boney hands forever reaching out in vain for the crown jewels and the golden goblets and the great sword of Tristan.