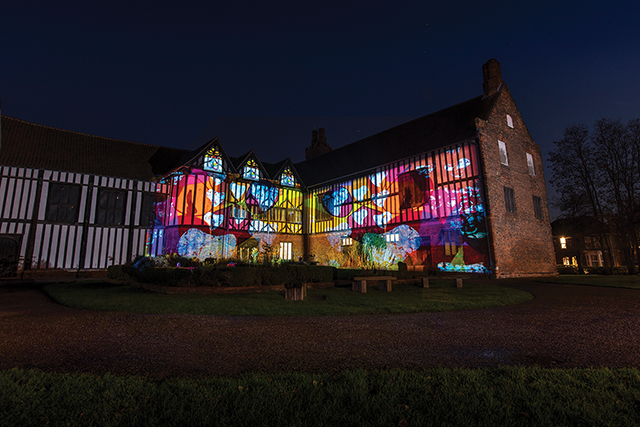 The Mayflower Year in Lincolnshire

Stephen Wade introduces his series of reports on the county’s celebrations of the Mayflower Pilgrims.

There were 150 people on board: some were called ‘Saints’ and some were called ‘Strangers.’ The former went for religious reasons and the latter for economic betterment. We know them today as The Mayflower Pilgrims and in 2020 the county will celebrate that momentous voyage with a series of events.

Gainsborough and Boston will be the two centres most associated with the event, and Gainsborough’s opening attraction will be in November this year. For the northern context, the initiative is known as Pilgrim Roots, and to understand the source of the various movements of the religious separatists who eventually became the Mayflower Pilgrims, we need to think of a network of locations covering Nottinghamshire, Lincolnshire and South Yorkshire.

Victoria Mason at the Old Hall, Gainsborough and Faye Pudney of Discover Gainsborough explained their aims when I met them; for Victoria, the first point is that there is a process of educating the public involved. First, note the name: not ‘Pilgrim Fathers.’ She says the old name suggests ‘old men with beards’ and also, there is no reference to the women in the term we have always used.

The Partner Network of Pilgrim Roots includes a number of participants, from Plymouth to Worcester; but most of the Gainsborough congregation went to Holland, and so the town has a special claim to be a leading light in the coming events.

A focal point in the celebrations is Illuminate, a series of celebrations which started in 2015 and will go on into 2020 between May and September. This will be a lantern parade, given on or around Thanksgiving; local groups will make the lanterns and be involved in all kinds of activities. Last year, Illuminate involved a projection onto the walls of the Old Hall, and local children were busy helping with that. Other themes and presentations throughout the new year will include lectures and conferences, in addition to a Religious Tolerance Forum. If we include Boston as well as the northern areas of the county, there will be fourteen key heritage sites.

The Mayflower story opens out with a global reach, too. When America was finally settled, there were connections between pilgrims and locals of course. The Native American people involved were the Wampanoag, and The Collection in Lincoln is planning a display linked to that tribe.

Of course, the ‘big history’ beyond the county has its programme too: Mayflower 400. This is part of the International Mayflower Compact, an attempt to remind us all that religious freedom and tolerance were at the very heart of that daring, desperate voyage across the ocean in 1620.