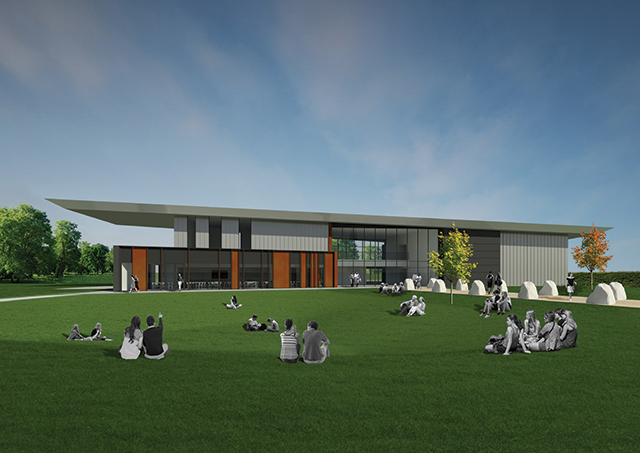 Tracing the human stories of the losses

When the International Bomber Command Centre opens next year, the Chadwick Centre will house not only exhibitions but also the biggest single database on Bomber Command – a valuable new resource for researchers and genealogists.
Archivist Peter Jones explains that already over 1,000 people have been added to the data, who were previously unknown. “These archives, which go live to coincide with our official opening in April 2018, are totally unique and will allow for the first time individual names and associated aircrews to be fully researched.

“There is a lot of new data and more is being added all the time. We have tried to include photographs and background information relating to each person who was lost in Bomber Command; once launched it will be free for the general public to use.

“We have also established links with other associated databases abroad which illustrate the diversity of nationalities of Bomber Command aircrew.

“The New Zealand archives have been digitised so that they will link to the IBCC database but others including those in Australia will be accessible.”

NO ONE WILL BE LEFT OUT
Many of the new names being added are airmen who died in training and their names will also be added to the centre’s Memorial Walls to ensure that no one is left out.

Peter knows from his own family’s experience how valuable the resource will be to family historians and World War II researchers.

“My father was a pathfinder, marking the trail for the bombers to come and dump their loads of bombs. These were the men who have been forgotten for sixty years. They were young men under orders doing a difficult job, who played a vital role in a divisive campaign. They decimated Germany and my father went to his grave with a feeling of great guilt. I know how useful this database would have been when I was researching my father’s service history and his crew a few years ago.”

FAMILY RESEARCH AND EDUCATION
Nicky Barr, director of the centre knows that as well as being a fitting tribute and memorial to the crews of Bomber Command, the resources of the Chadwick Centre, the Spire, peace garden and Memorial Walls will be a valuable educational resource for future generations.

“It can be hard for today’s students to comprehend the scale of sacrifice made by men and women just like them.

“We can help them discover the stories behind the names. There are school events where children are given photographs and information about the person. Once they find their name on the Memorial Walls they place a poppy in remembrance. It brings to life the human story behind the loss.”

PILOT OFFICER IAN ARCHER WYNN – A FLIGHT ENGINEER’S STORY FROM THE ARCHIVES
Ian Archer Wynn was born in 1908. He joined the RAF during the war and became a Lancaster flight engineer, flying on operations from RAF Grimsby (Waltham) with 100 Squadron.

He wrote regularly home to his wife, Kathleen and two young boys, David and Patrick, and his letters have been preserved in the International Bomber Command Centre’s Digital Archive.

He had recently been promoted to Pilot Officer when his aircraft, Lancaster LM 320, was shot down on an operation to Düsseldorf on 25th May 1943. His aircraft crashed just over the Dutch border near the village of Vlodrop. All the crew were killed. Ian was 35 years old.

He was buried at Venlo Cemetery but was later reinterred at Jonkerbos Cemetery. A new memorial to the crew was unveiled in Herkenbosch, Netherlands in May 2013.