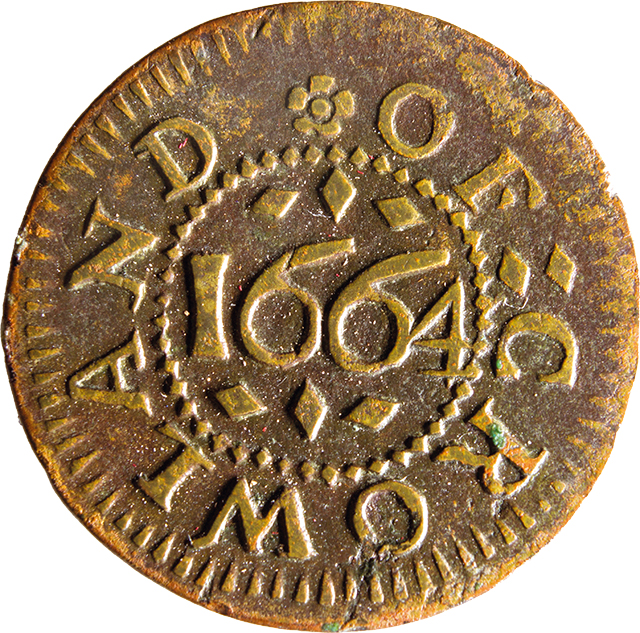 Look up Crowland and you are likely to learn of its Abbey and Trinity Bridge and little else. But even though it is one of our smaller county villages, it ought not to be overlooked because it too has its own fascinating pages in history. By Colin Smale

According to records its monks lived to ripe old ages such as 115, 142 and 148! Really? Is there something in the waters around there or was someone monkeying around with the truth? The monks’ amazing tales of longevity were recorded in Historia Crowlandensis (or History of Crowland), and these tales were of course untrue but it was not until the 19th century that their fabrications were revealed (among other tall tales).

A little more believable is this interesting snippet of history: here in Crowland a woman broke through the commercial glass ceiling and left proof of it in a rare 17th century traders’ token. Who was the trailblazing woman on this coin? Her name was Elizabeth Colls. As I was looking through lists of names on Lincolnshire tokens I had to take a second look – Elizabeth, a woman? Yes, it surely was. I was under the impression that in those times women had no chance of such prominence but here it was, recorded for posterity.

The consensus is that if the husband or father, being the proprietor of the business, died, the wife or daughter could take it over and then had the right to put her name on the coin. This seems to be what Elizabeth did.

It rarely happened, as we can see from the current lists of coins, but I suppose it is possible that where a woman could put her name on the coin if she wished, there may have been many that chose not to.

Elizabeth was married to Thomas Colls. They had four children – Richard, William, James and Samuel – and the business seems to have been ‘braziers and armourers’, a tough trade. Was she tough, did she help him in the workshop? I now get the impression (illusion?) that Elizabeth was also a tough woman and woe betide anyone who challenged her right to put her name on the coin.

Crowland had seven tokens attributed to it. Those other traders’ names were Walter Bird, William Browne, James Hampson (a grocer who had two tokens), Robert Locket (grocer) and finally a ‘Poore token’ financed by local prosperous folk and distributed to the poor in the village.

These 17th century traders’ tokens offer such interesting snapshots of the past.

My thanks to Mr M O’Bee of New Waltham, Grimsby and The Spalding Gentlemen’s Society who allowed me to photograph these coins.