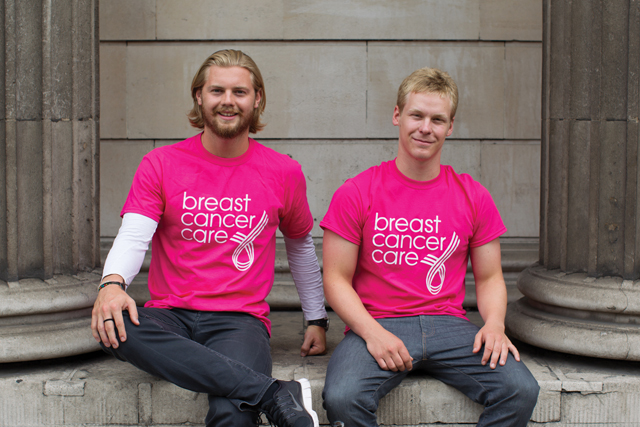 Two boys in a boat

A twenty-one year old from Lincolnshire is aiming to become the youngest person to row the Atlantic when he sets off with a childhood friend to take part in the Talisker Whiskey Atlantic Challenge at the beginning of December.
Luke Birch, whose family home is Doddington Hall, near Lincoln is taking a sabbatical from his studies at Edinburgh University to compete in the 3,000 nautical mile race with his junior school classmate, Jamie Sparks.

“I suppose I am a bit of an adrenaline junkie,” said Luke, “and think of myself as a bit of an adventurer. Perhaps I could have been an explorer but the oceans are the last great relatively unknown expanses of the planet.”

Luke and Jamie’s purpose-built, carbon fibre boat, Maple Leaf, was originally intended to be used by a Canadian to row across the North Atlantic but he didn’t do it due to ill health. Maple Leaf was berthed in Burnham on Crouch, Essex, when the boys’ families bought her and so the boys rechristened her Tracey. At only seven metres long and two metres wide, her size belies her sturdiness and durability as well as her capacity to hold state-of-the-art communications and navigation equipment. Two tiny lockers at each end, as well as watertight storage holds in the hull, will offer the only shelter and store enough food to provide the 5,000 calories a day Luke and Jamie will need for the fifty days the voyage is expected to take.

“We will burn 10,000 calories a day rowing but part of our training and build-up is to accumulate muscle which we will lose throughout the challenge.”

A barn at Doddington Hall has been the HQ for amassing the supplies they will need. With a strict scrutineering process to pass in the Canaries prior to departing from La Gomera on 2nd December there is little margin for mistakes. During our visit freeze dried daily ration packs, medical equipment (including copious supplies of Sudocrem for sore bottoms), energy drinks, dried apricots and spicy sauces, to give some respite from the monotonous diet, were all being labelled and logged.

While Luke did some rowing at school, his first extreme challenge was when he successfully completed a solo Channel Swim aged eighteen.

“It is not the endurance element of the race which is daunting as I know I have the stamina and Jamie and I will never give up. It is just that you are so reliant on not getting ill and on the equipment, so you hope you have done enough to ensure it is up to the job.”

The challenge has been underwritten by the boys’ savings and the Birch family, with Luke’s mother, Claire Birch, acting as fundraising and sponsorship manager. The aim is to raise £100,000 for Breast Cancer Care.

“We have set ourselves a high target both for completing the race and for sponsorship income. When we have finished and landed in Antigua, the boat will be sold, so that we can recoup that investment,” Jamie continued. “I want to take this opportunity to thank all the local companies who have sponsored us so far. We still need more though and there is the chance to have a ‘Day of the Race’ named after your business if you donate £1,000. Friends are being really supportive too and every donation gets us that bit closer to the target.”

For Luke the most exciting aspect of the race is realising that there are 500 miles of ocean below the boat and above them a clear view of the stars and night sky. He is also hoping that some wildlife will be around even thousands of miles out to sea.

Tracey will now be packed into a shipping container and transported to the Canaries, ready to be reunited with Luke and Jamie in November. Meanwhile their training regime continues for what has been called the ‘world’s toughest endurance race’.

CHARITY FORGES CLOSER LINKS WITH COUNTY
Luke and Jamie’s decision to raise funds for Breast Cancer Care has been inspired by the Birch family’s own experience of the disease. Luke’s maternal grandmother died from breast cancer and his mother, Claire Birch, was diagnosed and underwent successful treatment in recent years.

“I was very lucky because my cancer was caught so early,” explained Claire, “but big decisions have to be made quite quickly to have the best chance of a good outcome both medically and psychologically and that is where Breast Cancer Care can provide invaluable support and advice.”

The national charity can help with online and printed information about issues such as choice of treatments, talking to your family about the illness, hair loss and reconstructive surgery. A network of specialist nurses are only a telephone call away, with expert advice plus online forums and a buddy system that gives mutual support to patients prior to and after treatment.

“Breast Cancer Care will be establishing an ongoing relationship with clinics in Lincolnshire with the provision of permanent information points in county hospitals,” said Claire. “I had such a positive approach to my illness because of the excellent information and support I was able to access and that should be the same for every person who is diagnosed.”

The charity is being very supportive of Luke and Jamie’s row and has attended press launches and helped with national publicity. This is not the first time that Claire and her husband James have watched their middle child set off on an extreme adventure. When he was eighteen Luke swam the Channel; a fifteen hour endurance swim which Claire says, “left me a nervous wreck.”

She added: “I have been their fundraising and sponsorship manager and am so impressed with how well the boys have conducted themselves with sponsors and knuckling down to the training but I do not plan to be there to wave them off.

“Although I am sad that Luke will be away during Christmas and New Year, I am thankful that I will be kept very busy and preoccupied with everything that happens at Doddington Hall at this time of year. I also have our wonderful sponsors to keep in touch with, who have helped to make the Challenge possible. We hope, then, to go to Antigua to see them cross the finish line.”