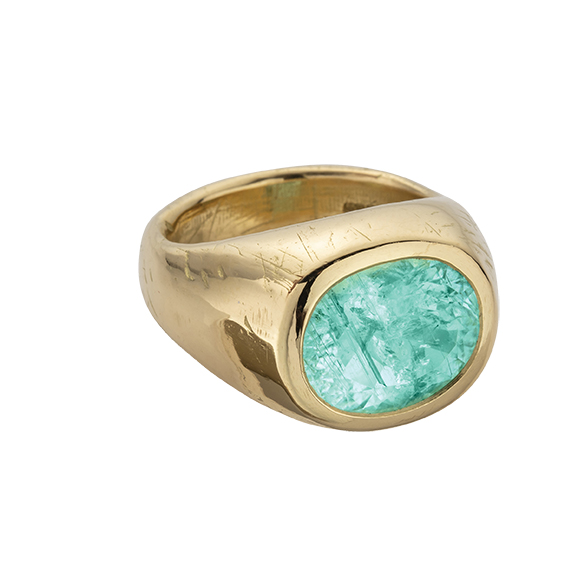 Celebrating the magnificent sweet chestnuts at Doddington Hall.
On the edge of the croquet lawn at Doddington Hall stand three remarkable trees. A trio of ancient sweet chestnuts that sit as much as stand, squat and gnarled with time. It is not known exactly when they were planted but their position close and parallel to the Hall strongly suggests it was around the time the Hall was built, during Shakespeare’s life, making them at least 400 years old.

They look even older. More than any great height, old sweet chestnuts are known for their enormous trunks and distorted form, giving them the appearance of great antiquity. The Doddington chestnuts do not disappoint on this score. Long bulky branches twist and turn, bend to the ground and writhe towards you like the arms of some giant sea creature.

The trunks are split and mapped with bumps and cankers, and the twisted bark is fissured in the manner often associated with this species. They look very much alive.

These are extraordinary trees. Despite their contortions, cracks and calluses they are beautiful and cast an unquestionably benevolent air over the garden. They stand close and companionable, very old friends, and guardians of this place. The largest of the three has a girth of more than 30 feet, placing it amongst the biggest in the country – the largest in England is believed to be the Tortworth chestnut in Gloucestershire, which after 600 years measures an incredible 39 feet round. However, at Doddington, the fact that all three chestnuts have survived the vicissitudes of four centuries perhaps makes them even more extraordinary.

Apart from their deeply grooved bark that often spirals around and up the trunk, sweet chestnuts are easily recognisable from their flowers, fruits and leaves. They are monoecious, meaning they have both male and female flowers on the same plant. In their case borne along clusters of yellow, partially upright, catkins in early summer. Prickly green husks, like sea urchins, then develop before dropping to reveal brown conker-like fruit in late summer and autumn.

The large leathery leaves are elongated and deeply serrated along the edge, like saw teeth, with a strong network of veins that has given many a child the pleasure of removing the tissue in between to create a fishbone skeleton.

Native to the Mediterranean region, and beyond, sweet chestnuts are thought to have arrived in Britain with the Romans. Nowadays, their culinary delights may often be associated with the roasting and stuffing of Christmas, but for many centuries their nuts were milled into a flour that was a staple food for rural communities in Italy and Greece, especially in mountainous areas where cereal crops could not be grown. It is perhaps for this reason that sweet chestnuts became associated with ‘food for the poor’ and in time went out of fashion. They do indeed, however, have considerable nutritional value; apparently the only nut rich in vitamin C and with a starch content equal to both wheat and potato.

The botanical name, Castanea sativa, is thought to derive from a village in Greece, Castonis, that was particularly associated with the tree, while the literal translation of ‘sativa’ is ‘cultivated by humans’, and thus speaks of the long association with people. To the ancient Greeks it was known as the ‘acorn of Zeus’, suggesting this tree was held in high regard.

Sweet chestnuts are now a reasonably familiar sight in the English landscape, honorary natives that are happy to gently seed in the southern counties. In Kent and Sussex they are still grown commercially, though not for their fruit, which cannot compete with bigger juicier nuts now routinely imported from the continent and even as far afield as China.

Instead they are coppiced or pollarded (cut regularly at or close to the ground) to produce long poles for fencing, furniture and charcoal.

For all that, they appear to have only a few cultural associations in Britain, and Shakespeare himself, never shy of a botanical reference, seems only to have mentioned them once.

Antony Jarvis knows the Doddington chestnuts better than anyone. Growing up at the Hall he remembers the largest before its trunk split in two, pulled apart by enormous branches leaning in different directions. Their care has been his concern for more than 50 years, requiring at times bold decisions about when and how much to prune the giant limbs.

In those five decades he has also planted hundreds of spring bulbs around them, so that from January to March a succession of snowdrops, crocus, narcissi and dog’s tooth violets carpet the ground before the leaves come and cast their deep shade. This is the best time to see them, when their unclothed form can be fully appreciated amongst the floral tapestry.

In recent years a perimeter of low hoops has been installed to protect both the roots and the bulbs from an increasing footfall, and to gently dissuade children from the understandably tempting tree climbing opportunities.

Antony is not the first Jarvis to take an interest in these trees. A drawing by his ancestor George Ralph Payne Jarvis, dated 1805, hangs in the print room of the Hall and shows the youthful 200-year-old trees looking decidedly unimpressive compared to their current venerable state. No doubt he will not be the last, as future generations of the family take on the role of custodian of these magnificent trees.