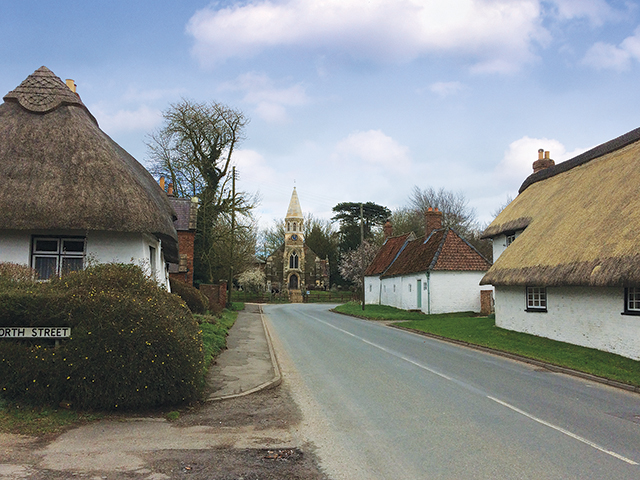 Villagers prove a tower of strength

Lincolnshire Life met Bob Wayne, Church Warden of St Margaret’s, Thimbleby to hear how this community came together to save their iconic church.
Any visitor to the charming village of Thimbleby, near Horncastle, will have been struck by the cluster of thatched cottages, some of which are sixteenth-century examples of traditional Lincolnshire mud and stud. The building which occupies the best position in this Conservation Area, though, enjoying arguably one of the finest aspects for a village church in the diocese, is St Margaret’s, standing on a raised position facing the oncoming traffic.

In 2012 an application was made to close the church due to its failing structure, particularly the tower, belfry and spire. While mud and stud has proved itself a robust construction method over several centuries, the ‘Dog Kennel Lime’ which was favoured by local Louth architect James Fowler when the church was remodelled in the late nineteenth century, resulted in destructive magnesium sulphate crystals leaching through the damp stonework. The possibility of losing their village church altogether rallied the community to form a Friends Group to oversee short-term repairs and in the longer run, to raise funds for major renovations. The removal of the entire stone spire in February 2014 meant services could resume but the main reconstruction project did not begin until early in 2018.

Fundraising, for a community with approximately 120 households, was a considerable undertaking but local individuals made generous donations to the charity which was formed, covering the installation of new drainage to dry the building out and later for rewiring, heating and lighting. The Heritage Lottery Fund made a substantial grant, followed by further grants from East Lindsey District Council, Marshall’s Charity and Lincolnshire Churches Trust. In total the St Margaret’s Church Project Team has overseen work which has cost more than £400,000.

The scaffolding went up on the spire and tower in February last year with a planned re-dedication of the church by the Rt David Court Bishop of Grimsby scheduled for 22nd September. With unforeseen snags and some holdups, the work was completed with only forty-eight hours to spare. The belfry, spire and front facing series of steps have been rebuilt using Ancaster stone and the clock restored to working order. Other improvements include a looping ‘grass grid’ pathway, which enables disabled access up the incline into the church.

“This project was always about more than bricks and mortar,” said Bob. “Demolition of the entire church was a very real possibility but the community fought and managed to get the closure order rescinded – an almost unheard of event. During the period leading up to the start of the repairs the congregation took active steps to rebuild the church’s place within the village community with social events, concerts, the formation of a choir and the reintroduction of a full range of services including, after many years, Remembrance Sunday. We really have given the church a new lease of life for the village.”