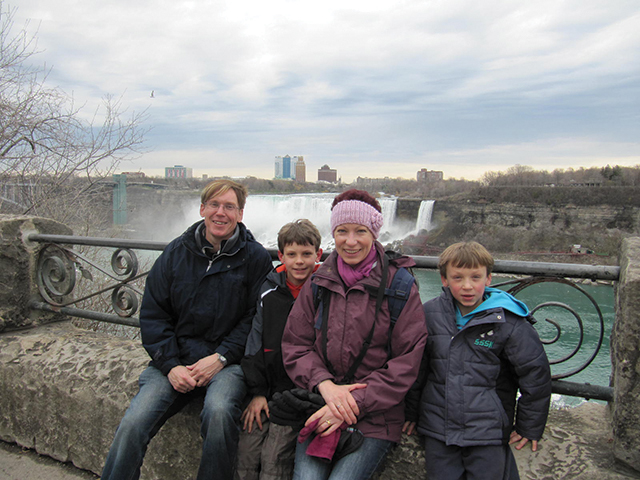 When her husband’s job took her family to America for two years Liz Drury never dreamt she’d be returning to Lincolnshire with a new career as a voiceover artist.
Liz, who previously worked on a local TV station, decided to put her spare time in Maryland to good use and completed some courses at a local college before training with top voiceover coaches in New York and Washington DC.

With her British voice in demand while she was in America, Liz has been working steadily since returning to her home in Ulceby too. She has featured on an advert for Italian jewellery and luxury goods brand Bulgari, and narrates audio tours for museums and cities, audio books, e-learning packages as well as undertaking corporate voiceover work for company websites. Her clients include the NHS, Kwik Fit, Volkswagen, BMW, Dong Energy and the University of Hull.

“Because of the internet, and the way the world is now I am able to work anywhere and for anyone,” says mum of two Liz.

“I still have a lot of clients in the States and I record scripts for clients all over the world from my professionally equipped home studio.

“But when we went off to America I had no idea this might happen. I just thought, What am I going to do out there? The children were going to school and I was going to be stuck at home, so I enrolled at college two days a week, made loads of new friends and had a great time. The rest, as they say, is history!”

Liz, who has a PhD in archaeological sciences, originally wanted to work in education within the museum service, but when she was unable to secure a position she started volunteering and then working at Channel Seven, a local cable TV channel for North and North East Lincolnshire.

She presented her own magazine-style show and also did some voiceover work which she developed a flair for, all without any formal training. After starting her family she became the business development officer at Franklin College, where she still works fifteen hours a week.

“Five years ago my husband’s job moved temporarily to the US,” recalls Liz. “Initially I wasn’t able to work because of the kind of visa I had.

“So I enrolled at a local college and did some training in acting. I’d previously done some amateur dramatics but it was great to have proper training. I had some singing lessons as well, which was something else I’d always wanted to do.

“Then I signed up for another course run by actress Connie Bowman. It was the equivalent of a local evening class but only four people turned up. She’d planned all of this stuff for us, but asked what we were interested in instead, so I told her I had some experience in voiceover work and asked about how I would go about getting into it properly. She put me in touch with a friend who had a recording studio and really put me on the right track to start my career.”

Liz took on a couple of jobs and was then directed to a few websites which allow freelance voiceover artists to advertise themselves and pick up work.

“I got a few jobs, but was told if I wanted to get more I would need to produce a professional voice over demo. Then I came across a company called Edge Studio in New York – they won’t take anybody on – they decide if it will be worthwhile training you,” she explains.

“I went along on a Saturday for four hours with a group of others interested in doing the course. They got us to speak into a microphone and record and critique each other and at the end of the day the guy running it emails you with a breakdown of what he thought.

“He said to me that when he listens to voiceovers he has a checklist of fifty different common mistakes and things to work on – he hadn’t ticked any for me and said it was definitely a career I should pursue.”

Liz signed up for six months’ training, which included Skype sessions with coaches in New York and other face to face training in nearby Washington DC, after which she made three professional demos to showcase her work in narration, commercials and audio books.

She moved back to Lincolnshire in July 2014 and continued her career in a soundproof recording studio that she picked up on eBay.

“Back in the States I had this great walk-in wardrobe perfect for recording in, but moving back to our little house in Lincolnshire, I had no luxuries like that, so I had to invest in a proper recording booth and luckily I found one for sale in London and then got a friend with a van to collect it for me.

“When we arrived home it was in our garage in pieces waiting to be assembled,” laughs Liz.

“I have recorded in a few amusing places when on holiday though – inside wardrobes in hotel rooms, in-between beds, and even on the back seat of the car. That one was possibly the most amusing. It was night time, in Utah, boiling hot and I had to have the windows up obviously. I was kneeling on the back seat of the car with my computer and microphone when some people came to the car in the next space. They must have wondered what on earth I was doing – all they would have seen was the glow from my computer and my bottom in the air!

“I never imagined any of this would happen, but I’m getting a lot of work – corporate voiceovers, audio tours for a mobile phone app called izi.TRAVEL.

“It’s all worked out really well, I can work for anyone, anywhere – I have a truly international career without even leaving my booth!”

To find out more about Liz and her work visit www.lizdrury.co.uk