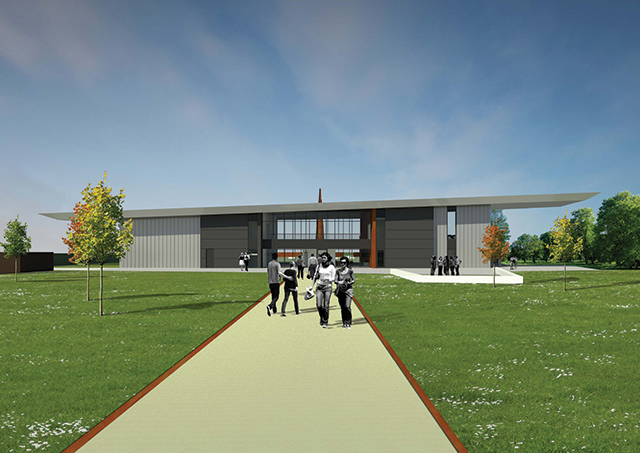 Volunteers are the wind under the wings of IBCC

Since the International Bomber Command Centre initiative was launched in 2011, more than 600 volunteers from nine different countries have been recruited to bring their skills and talents to almost every aspect of the project.
They have come from all different walks of life, have a variety of expertise and hobbies and cross the age range with the youngest being 14 and the oldest 87!

For the IBCC project, volunteers have played an extremely important role and without them it is unlikely that the project could have developed to the level it has.

The volunteers have been able to contribute in almost every aspect of the work – from research to event support; from oral history interviewing to accountancy. Eighty-nine per cent of the 700 oral histories conducted so far have been carried out by volunteers across the world. Without this support the memories of those interviewed would have been lost to us all. More than eighty volunteers have undertaken all of the research necessary to compile and authenticate the IBCC’s Losses Database which is the most comprehensive record ever created of the Bomber Command losses during the Second World War.

From the outset the IBCC has believed that volunteering must be able to deliver some benefit to those volunteering and so a programme of certification and recognition was created along with a bank of training courses and a social programme, allowing the volunteers to meet, make new friends and create networks.

Here are the stories of just a few of the volunteers who give their time to the IBCC. They might inspire you to explore how you can become involved.

SUZANNE BELLHOUSE – EVENT SUPPORT, FUNDRAISING, SOCIAL MEDIA
“I am a Yorkshire lass by birth and I lived in Lincoln for twenty-eight years from being two years old. I have no family connection to Bomber Command, but from an early age I was used to seeing the aircraft of the county’s RAF bases flying around; being taken to RAF Waddington by Dad to watch the Vulcans practising and I was fascinated. My parents brought me up to respect all those who fought for us during the war and told my sister and I the stories of counting the Lancasters out and back in again when they were children.

“Seeing a Lancaster in flight and hearing the Merlin engines struck a real cord with me, and I was hooked! At school, my History exam subject was, naturally, The Dambusters and luckily that year the Bouncing Bomb was unveiled at Scampton next to the Gate Guard (‘Just Jane’) and I was invited to the unveiling and given a tour inside. I left Lincoln to marry and returned four years ago having taken early retirement – perfect timing! The last four years have been spent catching up with the BBMF, meeting VeRA and learning so very much about the boys who flew and fought for us across the Commonwealth. It is the latter which has meant the most to me and brought me to tears on many occasions. Having been lucky enough to fly in a Lancaster, I feel I can appreciate just a little of what the bomber crews went through for us for hours on end, and it humbles me. To be able to repay their courage in some small way is why I am a volunteer – we owe them so much!”

JONATHAN CLARK – EVENT SUPPORT, FUNDRAISING, RESEARCH
“I am currently a serving member of the RAF. I was on IX(B) Sqn RAF Brüggen Germany from Feb 1993 – Feb 1996. During this tour I met a number of Ex-Sqn members who took part in the Tirpitz raid. Fast forward to 2nd Oct 2015, I assisted with the IBCC Open Day and thought that it was my time to give something back to Bomber Command. The rest, they say, is history. You can normally find me running around assisting with the car parking during the Open Days and assisting with the end of day pack up.”

PATRICK OTTER – RESEARCH
“I spent my whole working life as a journalist in Lincolnshire, the great part of which was at the Grimsby Evening Telegraph where I was the assistant editor before I was forced to retire on health grounds. Over those years I developed a keen interest in the county’s aviation history which I was able to expand even further when retirement gave me more time to devote to it. Before then I had written a series of heavily-illustrated books entitled ‘Maximum Effort’ which were co-published by the Grimsby Evening Telegraph and told the story in words and pictures of wartime 1 Group, its men, its aircraft and its airfields.

“Post retirement, I was fortunate enough to have published a book which is still, seventeen years on, in print, Lincolnshire Airfields in the Second World War. This was followed by a similar book on airfields in Yorkshire. It, too, is still on sale. In 2013 I had published in hardback a more detailed account of 1 Group’s history, 1 Group: Swift to Attack. Bomber Command’s Unsung Heroes. I am also an occasional contributor to aviation history’s premier magazine, FlyPast, on a variety of subjects connected with wartime Bomber Command. But the main single reason that I put my name forward as a volunteer is that among the names on the memorial on Canwick Hill is that of Flying Officer Bernard Otter, navigator, 9 Squadron – my father. He was killed over Berlin six months before I was born and I would like to think that by helping in some small way with the memorial project, we are keeping alive his memory and the memory of all those other fine men who gave their lives flying from our county.”

MIKE CONNOCK – RESEARCH, EVENT SUPPORT, FOCUS GROUP MEMBER, ORAL HISTORY RECORDER, ARCHIVE SUPPORT
“I have had a lifelong affection for Bomber Command, having served in the Royal Air Force during the Cold War years, working on the Vulcan bomber. Living in Skellingthorpe, the site of the former RAF Skellingthorpe and home to No 50 and No 61 squadrons, I have for many years been involved with the squadron’s association, being on the committee. I maintain their website as well as being treasurer and membership secretary. In addition I am co-editor of the association newsletter. I am pleased to be able to get involved with the International Bomber Command Centre and help with the database. I thoroughly enjoy researching the stories which turn up some amazing facts about what the aircrew went through. For many years I have listened to the stories of our veterans and consistently told them to write them down. Now I have the pleasure of listening and recording the stories of those who were around during WWII.”

HOW CAN I BECOME INVOLVED?
Volunteers in the UK provide the bedrock for our society as these statistics from the UK Civil Society Almanac 2017 show:
• An estimated 14.2 million people formally volunteered at least once a month in 2015/16
• Mean hours of volunteering by regular volunteers remain stable, with regular volunteers giving on average 11.6 hours per month
• The value of formal volunteering (volunteering for organisations and clubs) was estimated to be £22.6bn in 2015

The IBCC volunteers have been an essential part of bringing this project to life. There is a belief in the organisation that volunteering should be a two-way partnership and that volunteers will enjoy and benefit from being a part of a project that is making history. Whether you are based locally, elsewhere in the UK or internationally there is a part you can play in making this project a reality. To find out more visit www.internationalbcc.co.uk