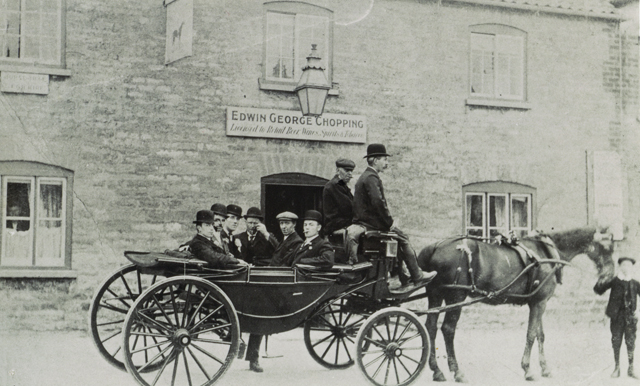 Waddington’s men and boys of WW1

The apprentices, wagoner’s boys, plough boys
once scrumpers of walnuts, apples and pears
who’d recognise ancient ridge and furrow on Hilltop,
they knew the village farms, played football in lanes,
tasted spring water from garden wells, threw stones
in the pond near Gambles’ farm, visited the pump-house
until a traction engine flattened it.

Peatman’s baker boys, who timed bread by the church
clock, sung in the choir, St Michael’s and All Angels.
New summer time, extra light, confusion
for farmers and cows who couldn’t adjust
to unnatural change, daily their herd were led down
Milking Hill to richer pastures on Lowfields,
held up by the passing trains on the Grantham line.

1916, shepherds and their sheep on the heath
were taken over by a new flying station,
Sopwith Camels scattered Longwool sheep
and ancient scores; yan, tan, tethera, pethera, pimp.
47 Training Squadron operated: AVRO 504, Airco DH6,
Farman Shorthorn and Royal Aircraft Factory BE.2/FE2
and RE.8; no match for the Lincoln Red.

Lads watched in Leaper’s forge in Bar Lane
while blacksmiths shod the Shire horses,
fashioned tools, gates, railings and hoops to bowl.
The call went out for King and Country,
married men now, and the all too young joined up,
army or navy, left home and village for the first time:
willing, able and ignorant of warfare.
The diggers of clay and ironstone then dug trenches,
lads became men, swapped scythes for guns,
traction engines for tanks, measuring chains
for barbed wire, hats for helmets, corduroy for khaki.
They learnt to blast shells, fire bullets, load breeches,
throw grenades, obey commands, hide fear,
kill or be killed.

The end of hostilities, survivors return to Waddington,
welcomed home: by the vicar, the beating of sticks on tins,
clashing of pots and pans, cheering, flags waving,
mothers, wives, their own children they didn’t recognise.
The ringing of church bells, patriotic songs they knew.
Some had lost an arm, a leg, an eye, others marked out
by a broken mind.

No longer will the one-legged man follow his plough
or the one-armed man make bricks, milk cows.
The sightless and shell-shocked now silenced.
Witnesses of horror who’d earned their stripes,
fought for King and Country concealed their thoughts,
felt heartache for the pals who lay in foreign fields
and never came home.