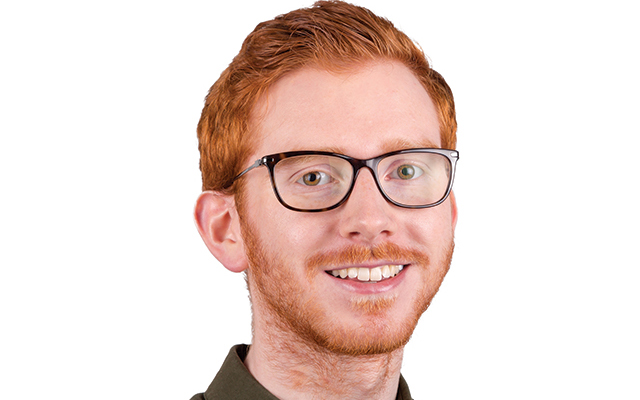 Wake up with Joseph!

As you might have noticed, it’s been all change for Lincolnshire and Newark’s most listened to radio station Lincs FM recently, with a spring clean and a new early start for presenter Joseph Begley.
After three-and-a-half years waking up listeners, Rob Hammond has handed his alarm clock over and is now enjoying a well-deserved lie-in.

For Joseph, it’s meant swapping his entire day around, having been a listener’s favourite from 6pm-10pm for the last eighteen months. He’ll now be there from 5am-10am each weekday morning and continuing his Saturday Morning programme from 10am-2pm.

Born and bred in Lincolnshire, he’s been working in radio since leaving school and before joining Lincs FM in September 2016, he worked for sister station Rutland Radio – which also broadcasts to his home town of Stamford.

He’s not sure what to expect from such early starts, but is looking forward to the challenge, having covered the show for Rob towards the end of last year, with no mishaps. Surely, covering the show for a week and doing it week in, week out can’t be that different?

The programme includes a few new ideas that Joseph has up his sleeve. Recently, he tested his fellow presenters with his own version of Mastermind, while Joseph’s mum has also made a few appearances on the programme, letting listeners get to know the real man behind the microphone. He’s also made sure that there’s still the wide selection of Hits and Memories Lincs FM is famous for playing, along with the best travel updates for Lincolnshire and Newark and further afield, as well as detailed news and sports coverage too. There is certain to be something for everyone.

Fellow presenters Rob Hammond and John Marshall have both faced the challenge of the early alarm calls. John did it for thirteen years, before moving to his 10am starts, and the best advice both have given Joseph is to set not one, not two, but at least three alarm clocks – and to get to bed early each evening and forget about having a social life!

Finishing by the time most of us are just arriving at work does at least give Joseph more time to enjoy his obsession with Angela Lansbury, so it’s likely to be Murder She Wrote followed by an afternoon nap from here on in!

As for Rob, he’s now waking up a little later in the day, presenting Lincs FM’s popular Afternoon Show from 2pm, while Andy Fenton is presenting the Evening Show from 6pm

Programme manager Sam Heywood told Lincolnshire Life: “All your favourite presenters are still there, we’ve just juggled them around a little bit. Joseph is already bringing us something new and exciting to our weekday mornings, while Rob is bringing a touch of that Breakfast Show magic to the Afternoon Show. Meanwhile, Andy is giving renewed life to our weekday evenings, with again a few new fun ideas to get listeners more involved.”

Lincs FM can be heard across Lincolnshire and Newark on FM, on DAB on the Lincolnshire Multiplex, and through the station’s smartphone app, available to download for free from the App Store.