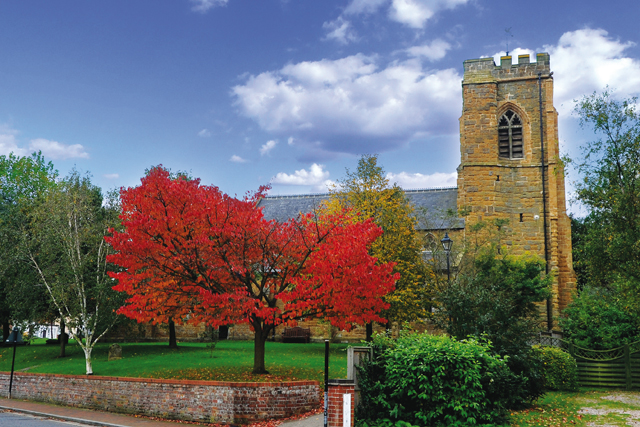 The Wolds-edge town of Market Rasen has been an important centre for the surrounding farming community for centuries – but the fast-paced twenty-first century has brought growing challenges.
Business leaders and councillors said increasing numbers of vehicles are driving through the centre, but not enough people are stopping to explore the town and visit its shops, pubs and cafes.

And yet there are plenty of good reasons to find out more about this destination, which has a real plus point – you can park for free!

Some traders were less than happy when Tesco opened on the edge of the town, although this created new jobs, but this investment has not deterred new smaller businesses from opening.

However, many people believe more leisure investment and encouragement for budding entrepreneurs would inject extra vitality into Market Rasen, and West Lindsey District Council chairman, Councillor Burt Keimach, is particularly keen for the town to have its own public swimming pool.

He would also like to see the much-used Festival Hall given a major facelift and a pedestrian crossing installed near the junction of Oxford Street and Queen Street to make it safer for people crossing the busy A631.

Aside from these issues, there is evidence that many people are beavering away behind the scenes to improve the appearance of Market Rasen and to increase its wealth.

Action has been taken to improve the railway station, money has been ploughed into pubs and shops, the town wants to get Walkers are Welcome status and the launch of a new waste disposal site in Gallamore Lane was imminent, as we went to press.

Councillor Keimach said: “The busy A631 runs straight through the town. People come and go all the time and there is a high turnover of businesses. I believe that ‘tax holidays’ for enterprises would help, although businesses benefiting would be expected to keep their premises looking smart.

“However, many businesses won’t commit to come here because we have a Tesco store and a Co-op, although we have good, free, parking for shoppers.”

“It would also be good to have a replacement Festival Hall, because the current one was built in the 1970s and looks tired. The building is mostly owned by the Town Council, with the remainder owned and used by West Lindsey District Council.”

Despite, pointing up many of Market Rasen’s challenges, Councillor Keimach believes Market Rasen has “a lot of potential”, but he would like to see the Town Council being “more imaginative.”

However, he is delighted to report that progress is being made in the drive to give the town its own swimming pool/small leisure complex.

“People here have long wanted a full-sized, 25-metre pool with four lanes, along with on-site facilities, such as a creche and a café,” said Councillor Keimach.

“West Lindsey District Council has earmarked £2.5 million for this, and there is £1.25m in the revenue budget for maintenance for five years. There is strong support, with experts from the environmental social enterprise Hill Holt Wood, near Newark ready to come on board and help us.”

Councillor Keimach hopes to get the project fully approved by the council in a matter of weeks and, provided this happens, that a start can be made on the pool as soon as possible.

Market Rasen is also in line for more housing and Gainsborough, just half-an-hour’s drive away, has Growth Point Status and the green light for thousands of new homes. With the potential of more people travelling between Market Rasen and Gainsborough, Councillor Keimach believes the A631 will eventually have to be upgraded.

Market Rasen Mayor Councillor Brian Richardson agrees with some of Councillor Keimach’s views, but when it comes to the town council being “more imaginative” says that a lot has been happening in recent months.

“This is a super market town and the people are very friendly. I believe Market Rasen has improved dramatically over the past eighteen months, with revamps at venues such as The Advocate Arms in Queen Street and The Red Lion in King Street.
However, one of our problems is a lack of good public transport.

“I agree that the Festival Hall is well used and in need of repair, although there are no funds for this, and we would also like to have the pedestrian crossing Councillor Keimach refers to, but there is no money for this.”

Councillor Richardson believes the new £1 million waste station in Gallamore Lane, which is creating six new jobs, will be a real benefit to local householders.

On another upbeat note, the town’s volunteer Station Adoption Group has helped to further smarten up the town’s railway station, with the installation of a welcome sign.

It follows the delivery of a new buggy, given by the town’s Rotary Club. This is used to transport water to the platform flower planters.

Market Rasen is also going for ‘Walkers are Welcome’ status. This accreditation encourages people to visit and walk in and around a particular town or city and in the process visit its attractions, shops and cafes.

If Market Rasen meets a six-point criteria, it will be the first town in Lincolnshire to achieve WAW status.

To be successful, the Town Council has to prove that local residents are behind the concept and pass a resolution allocating responsibility for the scheme.

The local network of footpaths must be kept in good condition and obstacle-free and the town is expected to publicise that it has WAW accreditation and encourage shops to display special stickers.

People should also be encouraged to go walking, by making use of public transport. Once Market Rasen has its accreditation, it will also have to put a system in place to maintain it.

ON THE EDGE
On the outskirts of Market Rasen you will find a wide variety of different enterprises.

Nearest to the town centre is the town’s famous National Hunt Racecourse, which has a circumference of about one-and-a-quarter miles, and which is an all-year-round racing venue.

Race meetings typically pull in between 1,000 and 11,000 punters but the racecourse is also well equipped to host a wide range of corporate and private parties too. These include weddings, conferences, product launches, charity events and an annual Pony Club camp.

As well as its well-stocked shop and café, which are based in a converted barn, Sunnyside Up also has a room which it hires out privately.

And if you’ve a sweet-tooth, you’ll probably find it hard to resist popping into Special Edition Chocolate, which is based at Willingham Hall, Market Rasen, and checking out their hand-made varieties.

MARKET RASEN FAST FACTS
• On 27th February, 2008, an earthquake measuring 5.2 on the Richter Scale was centred on Middle Rasen – putting its larger neighbour firmly on the map.
• The word Rasen comes from an Anglo-Saxon term meaning ‘planks’ – in this case a reference to the fact that a plank bridge would have been used to cross the River Rase.
• Market Rasen (Little Rasen) was originally the smallest of three Rasens. The others were West Rasen and Middle Rasen. It received its market Charter after the arrival of the railway in 1848.
• The town’s Georgian and Victorian buildings give more than a hint of the town’s earlier wealth.
• Music lovers will be interested to know that Elton John’s lyricist Bernie Taupin was married in the town and top selling album Thriller – Michael Jackson includes a title track penned by Rod Templeton, a former student at Market Rasen’s De Aston School.