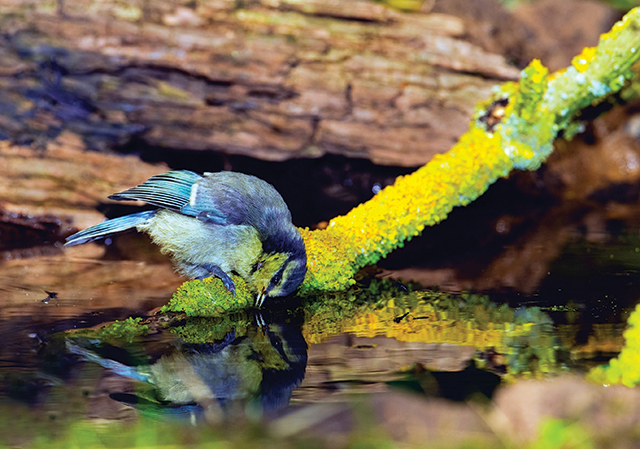 What is your favourite bird?

Following a poll of more than 200,000 people, the robin was officially recognised as Britain’s favourite bird. Do you agree? asks Colin Smale
This is an interesting question because it has so many threads to it and is so subjective that if you consider all the various permutations, your favourite bird may not be the same by the time you get to the end of the article.

Here are a few ‘threads’ to consider: was it song that influenced your choice, or colours; did it evoke memories; is it rare, common, graceful, your garden friend?

I have been in woodlands long before dawn and while it was still quite dark the first bird I heard greeting the dawn was the robin. It certainly has an enchanting if plaintive song; it does have colour albeit only one; it is certainly always there – and friendly, so it was perhaps not such a surprise it topped the polls. But what about our wonderful songster the blackbird, which came third, and the song thrush, which was not even mentioned?

You may feel the blackbird lacks colour but it does have a redeeming bright yellow bill in the summer. Perched in a tree or chimney top, who can challenge it for song! It ticks the box for garden-friendly too.

Strangely the barn owl came second, which was a bit of a surprise to me – but who has not driven along a country road without the company of that enigmatic barn owl flying alongside? Its screech is never going to see it win best songster but it does have an agreeable face and for me, the countryside would be sadly lacking without it.

Oh yes, the wren! The wren came fourth but could so easily have topped the polls. In fact, it used to adorn our smallest coin, the George VI farthing from 1937, so it has had some past glory. Such a cheeky, petite bird, it flies across gardens like a blown autumn leaf but it can hold its own with any other songster. Just brown, yes, but somehow this cheeky chappy is still enchanting.

The red kite coming fifth may be a bit puzzling to us in Lincolnshire, where it is only just increasing in numbers. However, its inflamed red plumage seen against a blue sky is something you will always remember, what a beauty!

Kingfisher, sixth. I reckon that’s about right, don’t you? Sort of halfway down the list but had to be there because of its stunning electric blue plumage. It is probably included among our favourites because it is such a beautiful but frustrating bird to see. Some folk are growing older and older with it still on their ‘must-see’ bucket list. You may have caught a glimpse of one only after hearing its ‘peep peep peep’ call as it streaks downstream in a flash of blue, still frustrating you. I know of a couple I have sent all over the place to see one and they are still kingfisherless!

No one can call the guttural utterings of a mute swan a ‘song’ but for sheer grace and beauty the swan only came seventh.

Blue-tit eighth. Of course, our ever present, bouncy, friendly, colourful garden friend. Its call is familiar to all. Guaranteed to visit your bird table, this chap is a firm favourite with everyone, I would suggest.

The Hen Harrier, ninth? The extremely handsome powder-grey male does happen to be one of my favourite birds but it is so rare, how many folk have even seen one? A strange bird to even make the list.

They can be seen on our saltmarshes during the winter but they breed on the remote high moorlands of Wales, Northern England and Scotland where they are ruthlessly persecuted by gamekeepers protecting the grouse shoots. I seem to remember not too many years back not one pair of UK hen harriers had survived the gun to breed!

Perhaps their place in the poll was in part a ‘sympathy vote’?

Okay, puffin tenth. Even though our nearest puffins are at those magnificent sea cliffs at Bempton in Yorkshire, where I have photographed them many times, I do think the puffin deserves a place in the top ten. Such a comical bird, sometimes called the ‘sea parrot’ because of its outrageously colourful bill. It does remind me of a waiter in its ‘bib and tucker’, and it is among my favourite birds.

So which bird was your favourite? Was it the robin, was it one of these other birds, or maybe yours was not even on the list of winners?

Where was that glorious songster, the skylark? I thought to myself, which bird can beat the skylark for song? Yes, it’s only a brown bird but when I am in the countryside it is this bird that takes the trouble to climb high above me and shower me with such beautiful music from above. I feel Vaughan Williams simply must have lived in the countryside because in his musical work, ‘The Lark Ascending’ he captured this bird’s character perfectly. Or perhaps he was inspired by George Meredith’s poem on the lark: ‘He rises and begins to round / he drops the silver chain of sound…’ – wonderful. So, is the lark my favourite?

As my mind scrolls through my various ‘favourite’ birds, the absolutely stunning pintail is hard to beat for streamlined grace and colour and a flock in flight, oh boy, that takes some beating – as does a twinkling flock of snow buntings.

Gulls, almost any gull. Look up and there will be one somewhere floating through the sky. For me this bird comes under the category ‘invokes memories’. Aside from its mournful call and its pearly beauty, it has been with me somewhere in the sky on all my travels here and abroad.

But what about my favourite ‘face’, the face of the barnacle goose? Whenever I see one I am mesmerised by that face. Yes, it is just a black and white bird and cannot possibly compete colour-wise with our dazzling goldfinch.

So you see, I have had to choose by species because I can’t let the robin beat the goldfinch, the barnacle goose, the skylark etc. I find it unfair to single out just one bird from our British list of 620! Is it possible to go to the National Gallery in London and say “That is the best picture in here”? Where does that leave the others?

Oh dear, I have remembered some more. I can’t choose one favourite bird but I can, just about, choose one from each species and here are just a few of my personal favourites.

Is the robin still your favourite?