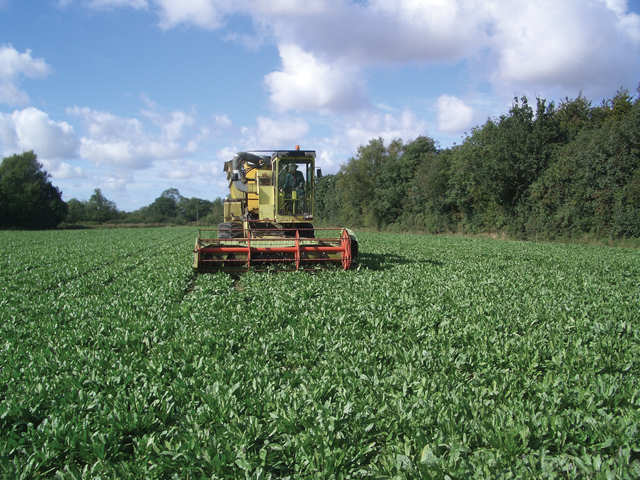 As the Roman army advanced into the wilderness of eastern England they were confident that a few uncivilised ancient Britons wouldn’t pose much of a threat. How wrong they were!
As they marched into the lands of the Iceni tribe, the Romans were met by a blood-curdling sight.

Armed and completely naked, except for the blue dye they used to cover their faces and bodies, the war party led by Queen Boadicea charged towards them and stopped the marching Romans in their tracks. This is the scene that comes to mind when you mention woad to many people. However, in addition to its prolific use for war paint in ancient Britain, the woad plant has been put to many other uses through the years.

The earliest recorded appearance of woad in this country is at an excavation at Dragonby in North Lincolnshire, in an Iron Age pit. Through the years it has mainly been used for dyeing, although the ancient Britons discovered that it had healing properties when they had used it as war paint. It was used to dye the blue threads in the Bayeaux Tapestry and the blue in the tapestry is the only colour not to have faded in 900 years.

It was not only used for textiles but for illustrative purposes too. The illustrators of the Lindisfarne Gospels used a woad based pigment for the blue. There is also evidence that the Vikings used woad as a dye in York. Robin Hood was famously clothed in Lincoln Green, which was actually cloth dyed in woad then dyed again with a yellow plant dye called mignonette. Even Chaucer mentions it in one of his poems.

Woad was used all through the Middle Ages, with most of it coming from Europe. However, it started being grown in this country a lot more in the sixteenth century probably because of the rising cost of importing it. During the reign of Queen Elizabeth I there were concerns that too much land was being devoted to woad rather than grain. the monarch issued a ‘proclamation against the sowing of woade’ on 14th October 1585 but overturned this restriction in 1601, as long as it was not grown near her palaces because of its awful smell.

Lincolnshire eventually became the most well known area of woad cultivation. In the sixteenth century woad was grown near Market Rasen but by the late eighteenth century it was mainly confined to the South Holland part of Lincolnshire and the neighbouring border of Cambridgeshire.

In Brothertoft, Major John Cartwright had a woad farm of 1,100 acres. Known as Isatica, which is the Latin name for woad, it consisted of twenty-nine brick and slate cottages, the first ever permanent woad mill and a school. Situated on the bank of the Forty Foot Drain it fell into disrepair and disappeared after Major Cartwright left Brothertoft for London. There was also a woad farm in Pelhams Land, owned by Sir William Pelham. By the end of the nineteenth century the main woad growers in Lincolnshire were Mr Nussey in Algarkirk, Mr Graves in Skirbeck, Mr Short in Wyberton and Mr Howard in Parsons Drove near Wisbech.

Mr John Graves purchased 250 acres in Skirbeck, Boston (where the Woad Farm Estate is now), and although the demand for woad was steadily declining he did quite well out of it by supplying it for dyeing police and military uniforms. However, harvesting woad for dye came to an end in Lincolnshire in 1932 when indigo dye could be bought in more cheaply and synthetic dye started to be manufactured.

Working on a woad farm was certainly not the best job in the world. Looking after the plants was hard work. Small hand trowels, which were called spuds, were used to weed, with the workers shuffling down the rows on their knees. It was sown in the spring and the leaves which looked like spinach were cropped by hand in August and two crops from the same plant could be taken in the same year. The leaves were crushed at the mill, with the rollers usually being driven by a horse, although the woad mill at Algarkirk had a mill driven by a steam engine. The pulp from this process was hand kneaded into six-inch diameter balls by the workers who were given the name ‘blackhands’. They were then laid out to dry from August until the following January. The dried balls were then broken up and water added, and the resulting matter called couch was left to ferment. This fermenting mass was sealed inside the couch house where it steamed away giving out the most awful smells. The waddies, as they were known, had to go into this building to water and turn the couch; as well as dyeing their hands a permanent black colour they also smelled terrible as the odour permeated their skin and clothes and not surprisingly they became social outcasts. The couch was then put into barrels and taken by train to Yorkshire, Lancashire and America to dye wool.

These days we are reminded about the woad farming in our county by street names such as Woad Mill Lane in Algarkirk, and in Boston there is the Woad Farm Estate and the Woad Man pub. The woad dyed man on the pub sign has been given a pair of trousers – in full battle mode he would have been naked and daubed in woad coloured symbols all over his body ready to scare the Romans as mentioned before.

To find out more about woad farming there are several places you can visit. The Guildhall in Boston has some tools that were used for weeding around the woad plants, a ball of dried couch and a sample of wool dyed dark blue with woad. A bit further afield, in Wisbech at the Wisbech and Fenland museum, they have a good selection of old photographs of various different aspects of woad farming. In Dereham in Norfolk, Ian Howard and his wife Bernadette run the The Woad Centre which is the only commercial woad production centre in Britain. Ian runs dyeing workshops and there is a shop where there is a good selection of woad dyed items that you can buy.

Ring or email to find out about dyeing workshops. A free exhibition on woad production and the textile shop are open Thursday, Friday and Saturday 10am–4pm from spring until Christmas. The shop offers woad dyed throws, cushions, towels, jackets and accessories and also woad based toiletries.