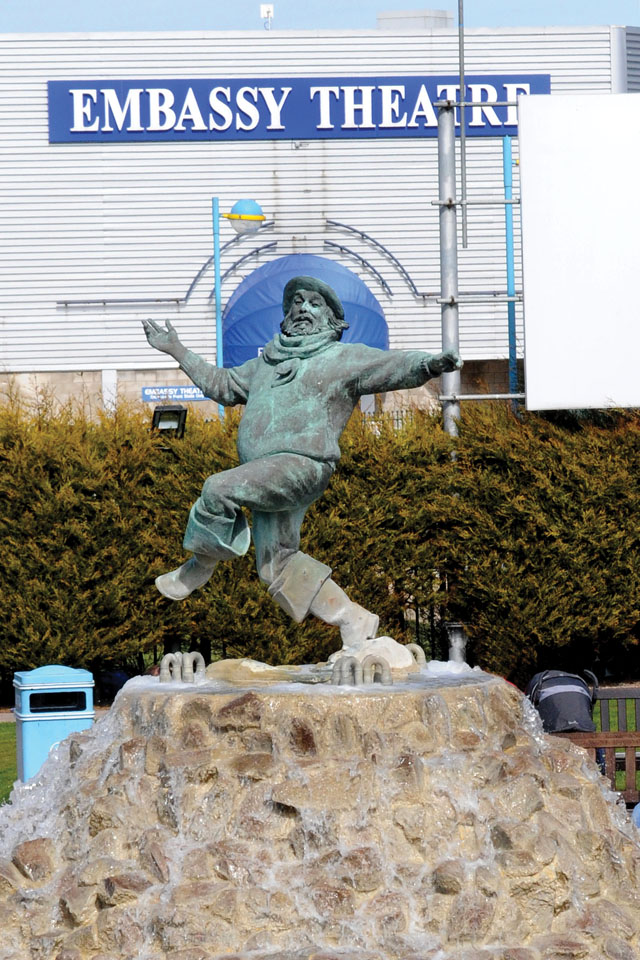 A county to play in

Words by:
Ben Bryant Featured in:
May 2013
Share Article

At the beginning of the summer season we like to celebrate ways to spend holidays and short breaks in our endlessly fascinating and diverse county. We want to share the pleasures of discovering a new retreat or facet of our heritage, get a taste for some of our wonderful local produce or admire the city and landscapes that are so special.

To begin, don’t just take our word for it. Somerset born Ben Bryant contacted Lincolnshire Life because this is a county he discovered in his late teens which
now he feels drawn back to time after time. Here is his story:
I’m now thirty-two years of age and am still as compelled by the county as I was fifteen years ago.

I passed my driving test during the last week of the summer term at college. Come the first Sunday of the holiday I packed my car and set off on a 500-mile round trip from home in Worcestershire to Lincolnshire. Since then my education and employment has taken me to west Wales, north Norfolk, Devon, Shropshire, Somerset, Pembrokeshire and I’m now back in Somerset and still I’ve been lulled time and time again into Lincolnshire.

To those who have never visited Lincolnshire, misconceived stereotypes might be the basis of a person’s perception of the place. Images of vast, windswept and bleak fens and long forgotten melancholic seaside resorts form the cornerstone of the undiscerning mind. Part of me is happy for the misconception to exist as, rather selfishly, it deters the thronging crowds and Sunday drivers and keeps the secret of the county hidden a little longer.

The truth though becomes beautifully apparent with even the most superficial scratch of the surface. Even a fleeting glance will expose a county of beauty and a county of contrasts, from city to countryside to coast with graceful and trouble free ease.

When thinking of holiday destinations there are no shortage of options, both at home and abroad. Some obvious, some traditional and some through force of habit. The sheer diversity of our home island is staggering considering its size, yet certain places still dominate the holiday market. Maybe now is the time to consider somewhere different. Now is the time to explore one of the hidden gems in the island crown of ours, Lincolnshire.

Despite having never lived closer than a hundred miles from Lincolnshire, I have been drawn back time and time again from as far afield as Pembrokeshire and South Devon, such is the spell the county holds over me.

The centrepiece of the county, Lincoln itself, would have to take its place on my list of top places to visit. As pleasant as the Wharf end of the city is, for me the real draw and the star attraction has to be the Cathedral Quarter. It seems the further up Steep Hill you progress the further back in time you might be. With its cobbled streets, remnants of the old town wall, the Castle and the Cathedral at the centre of it all, there is an enchanting and captivating feel to the place. The absence of mainstream shops and instead a plethora of unique independent retailers selling everything under the sun make this the ideal place to lose yourself for hours, as you peruse the eclectic mix of what Bailgate and the other streets of the Quarter have to offer.

Whilst not a place I would choose to spend a week, I do have a soft spot for the traditional British seaside resort. To still be drawing the tourists in more than a hundred years on from when they were at the peak says a lot about the character of a place. So, with that in mind, a few hours in Skegness would be far from unpleasant.

With opportunities in abundance to sit and watch the world go by whilst indulging in the obligatory fish and chips or ice cream on the seafront, there is a limitless supply of people watching opportunities. The young, the old and everyone in between all enjoy the beach, the pier, the esplanade or the arcades in their own inimitable way. Some content to rest and look out across the sea, others taking a more energetic approach to playing on the beach, all enjoying the charm of being at the coast.

Just a little more than a three wood down the coast from the neon-lit, crowded and fun-filled town of Skegness is Gibraltar Point. Although just a matter of miles apart, you could be forgiven for thinking they were half a world apart. With The Wash to the south and the North Sea in front there is a real feeling of solitude and isolation.

The dunes, saltmarshes and mudflats that make up Gibraltar Point are a haven of tranquillity for the wildlife enthusiast as waders, wildfowl and all manner of birds go about their business rooting through the mud and marshes looking for food, or sitting atop a fence post and watching, waiting for something of interest to come their way. The hides offer solace and calmness and it’s easy to pass a number of hours walking the paths stopping as and when the mood dictates to look at the plants, the butterflies and wildlife in general whilst the ever-changing seas and skies offer a captivating and dynamic backdrop to the whole location.

For me a trip to Lincolnshire wouldn’t be complete without a visit to an old airfield. As such a key part of the county’s history, to not visit an airfield would be akin to visiting Rome and passing up on a visit to the Coliseum. From the recognised attractions, such as those at East Kirkby and Coningsby, to the unofficial but equally thought provoking and evocative remnants of the likes of Metheringham and Ludford Magna. Walking through the trees of the Ostler’s plantation on the outskirts of Woodhall Spa and coming to the remains of the hard standings and perimeter track there is a real sense of wartime daring do and as the daylight falls it’s hard not to feel a sense of pride, sadness and enormous respect and admiration for the men and women who were based here.

So, even the shortest stay in Lincolnshire will blow the stereotypes and misconceptions clean out of the water, and instead a county of enormous diversity will unroll before the feet of those prepared to head to one of the most beautiful counties in England.

Look under Staycation in the Leisure section for accommodation and hospitality on your doorstep!