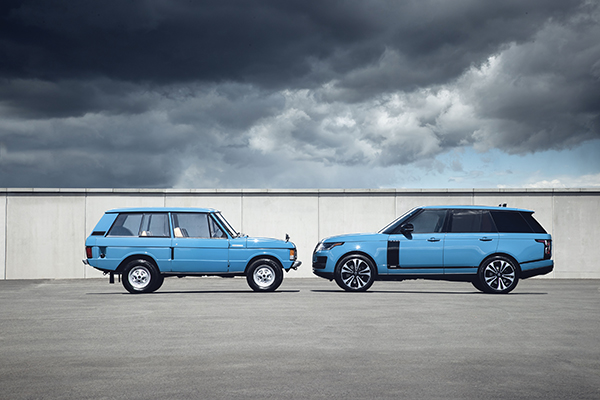 Range Rover marks half a century of all-terrain innovation and luxury with an exclusive limited edition.

The original luxury SUV has defined the market since 17th June 1970 and, five decades on, the Range Rover has evolved to become a family of desirable and capable luxury vehicles. Its compelling blend of design, refinement and engineering innovation has ensured its place as the benchmark for all luxury SUVs.

Over its 50-year lifespan, the Range Rover has achieved many world firsts and completed numerous impressive feats. It was the first SUV to feature a permanent 4WD system when it was launched, and in 1989 was the world’s first 4×4 to be fitted with ABS anti-lock brakes. Later in 1992 it became the world’s first 4×4 to be fitted with electronic traction control (ETC) and automatic electronic air suspension – ensuring the refined driving feel Range Rover is so famous for, both on and off-road. In 2012, the latest generation Range Rover became the world’s first SUV to feature an all-aluminium lightweight construction, making it lighter, stronger and more efficient.

It has crossed the notoriously impassable ‘Darién Gap’, was the first vehicle to ever be displayed at the Louvre Museum in Paris, and has even won the Paris-Dakar Rally – twice. No other vehicle combines the levels of luxury, comfort and sophistication with off-road capability and on-road performance like Range Rover.